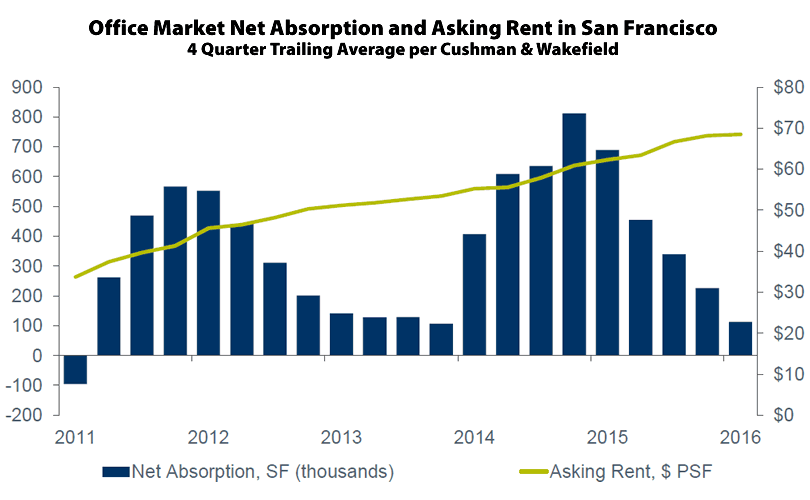 For the first time since 2010, the average asking rent for Class A office space in San Francisco’s Central Business District has declined versus the quarter before, slipping 0.9 percent to $70.64 per square foot in the first quarter of the year.

That being said, including Class B space, the overall asking rent for office space across San Francisco (see more at office space san francisco) did hit a record $68.44 per square foot in the first quarter, up $0.30 per square foot (0.4 percent) from the end of last year, according to data from Cushman & Wakefield.

The vacancy rate for office space in San Francisco is currently 5.7 percent, which is down 20 basis points from the end of last year but expected to start ticking up and versus a long-term average of 9.4 percent.