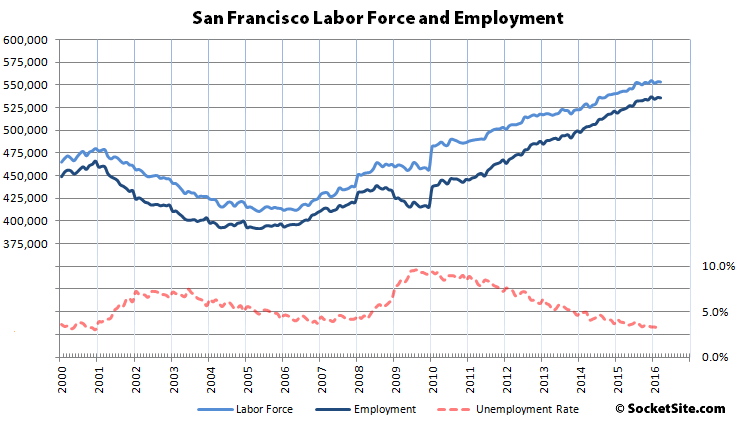 While the unemployment rate in San Francisco has now held at 3.3 percent for four months in a row, the number of people living in the city with a job slipped by 300 in March to 535,200. And while it’s a nominal change, it’s the first March without a recorded increase in San Francisco employment since 2009.

At the same time, employment in Alameda County, which includes Oakland, dropped by 800 in March to 791,500 but remains 10,300 higher over the past year (versus 13,800 higher on a year-over-year basis the month before) and the unemployment rate held at 4.3 percent for the fourth month in a row while the unemployment rate for the greater East Bay ticked up from 4.3 to 4.4 percent. 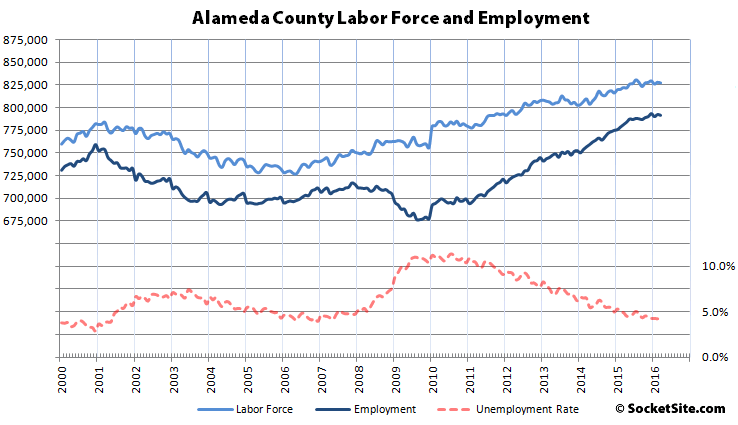