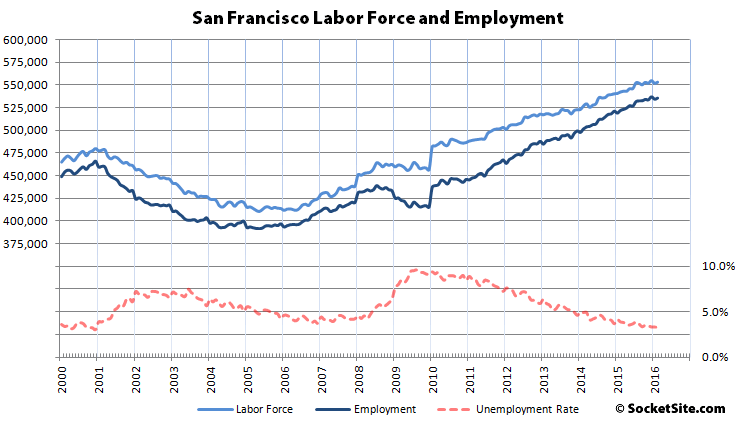 The unemployment rate in San Francisco has held at 3.3 percent for the third month in a row. But based on a revised benchmark and accounting, the number of people living in San Francisco with a job ticked up by 1,300 in February to 535,000, which is the second-highest employment in the history of the city, second only to a record-setting 536,400 in December. 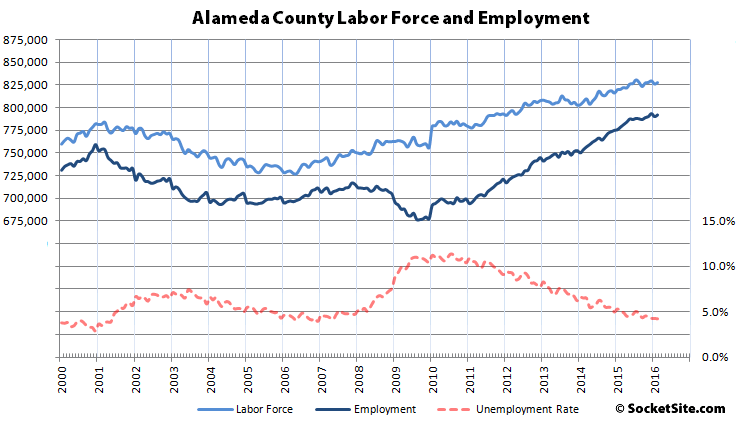