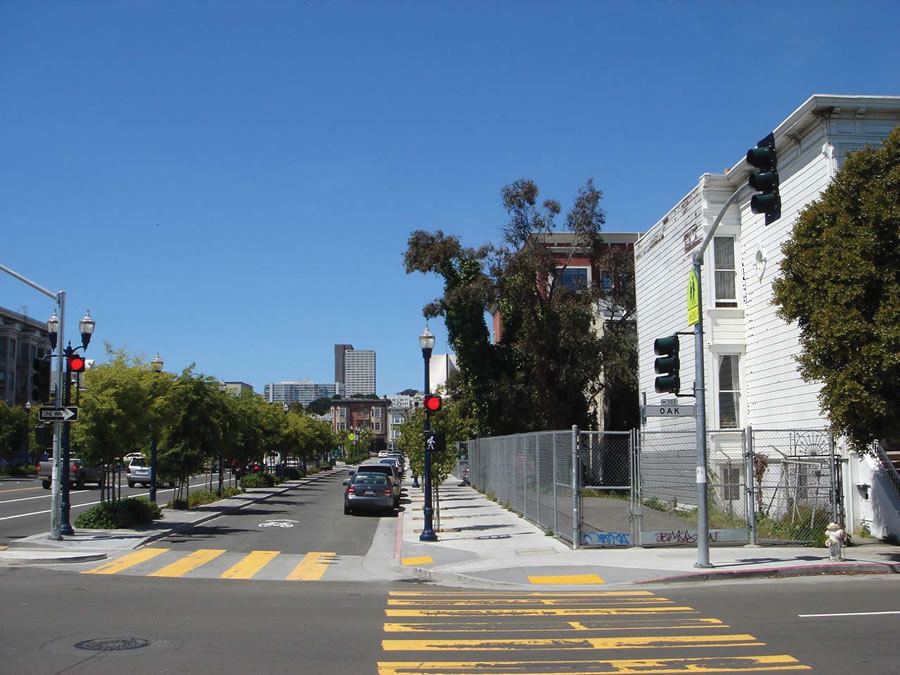 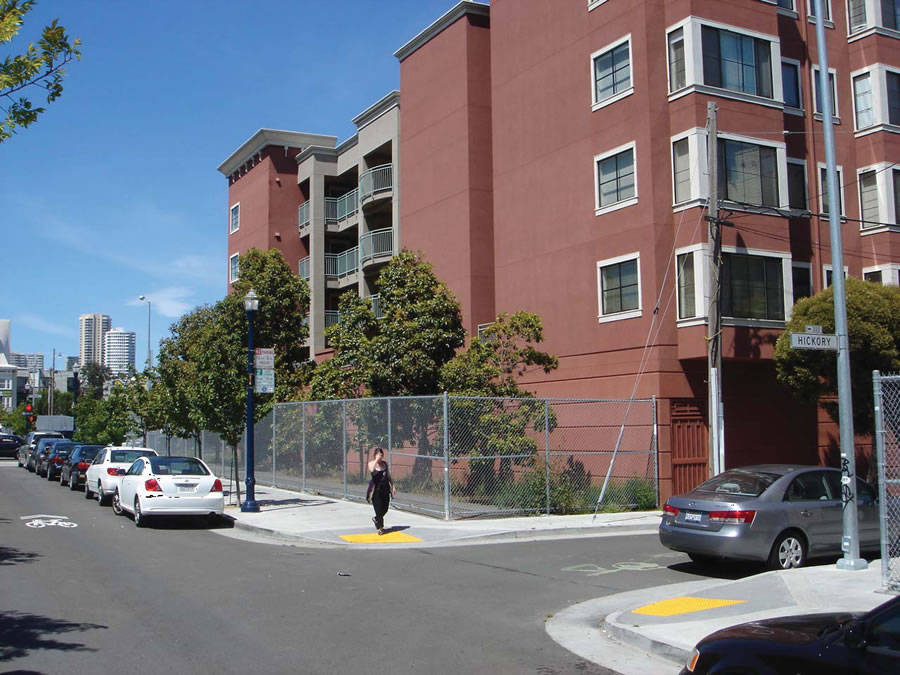 While opposed by neighbors whose property line windows and verandas will be blocked (along with stated concerns about construction noise and the displacement of the mature trees on the site), the plans for a pair of super skinny Hayes Valley buildings to rise up to five stories at 300 and 350 Octavia Street are slated to be approved by San Francisco’s Planning Commission next week.

As designed Envelope A+D and proposed by Bay Area Urban Development, the two identical buildings would measure 11,761 square feet apiece, with 943 square feet of ground-floor retail space, eight studios, four two-bedrooms, and 960 square feet of rooftop open space on each of the two former Central Freeway Parcels M and N, each of which are a little over 18-feet wide. 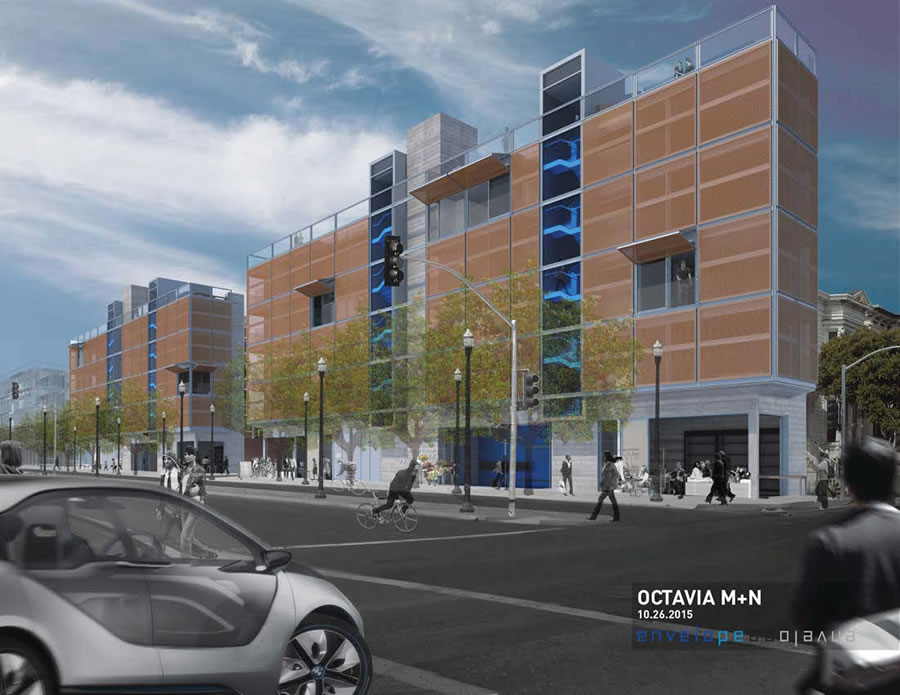 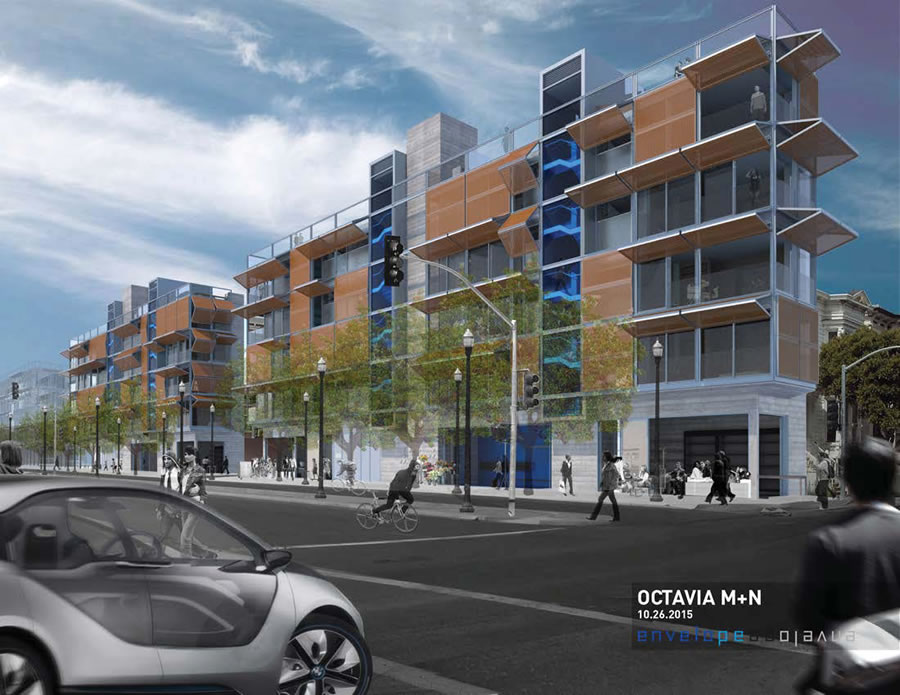 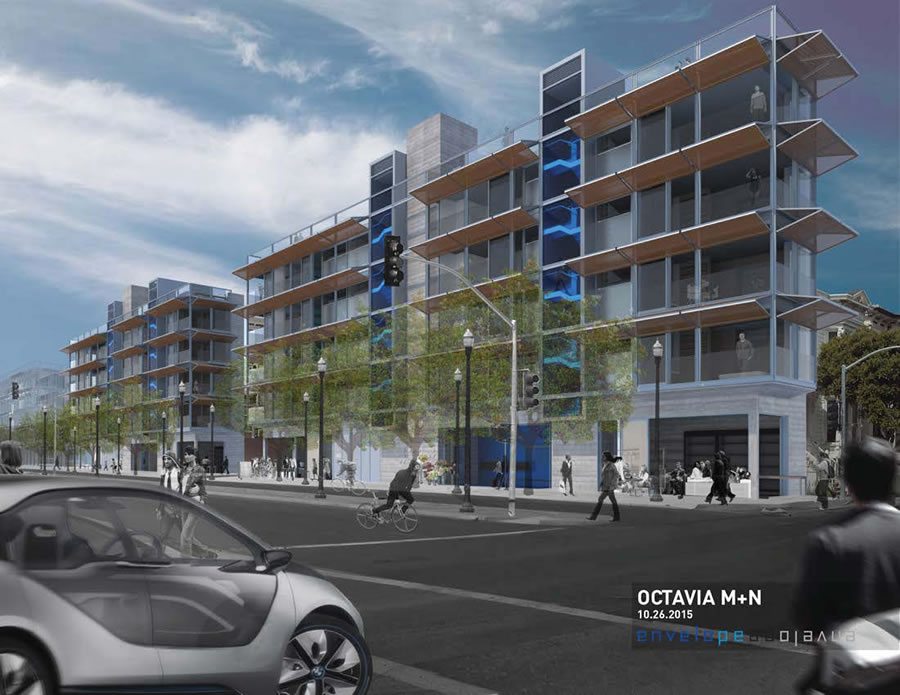 The modern buildings would be outfitted with perforated bronze mechanical louvers, “allowing the residents to raise or lower the exterior shades on the building combines a functional architectural feature while contributing to a dynamic façade that is constantly in flux.”

And while the mass of the buildings, which would extend along the east side of Octavia Boulevard between Fell and Oak, bisected by Hickory, would cast some shadows on the cater-corner Patricia’s Green, San Francisco’s Parks Department has deemed the development’s projected 244,000 net new square-foot-hours of annual shadow, a 0.37 percent decrease in potential sunlight on the park, “insignificant” with respect to the City’s Sunlight Ordinance, a finding which the Planning Commission is poised to adopt.

50 Percent More Homes on the Market in San Francisco