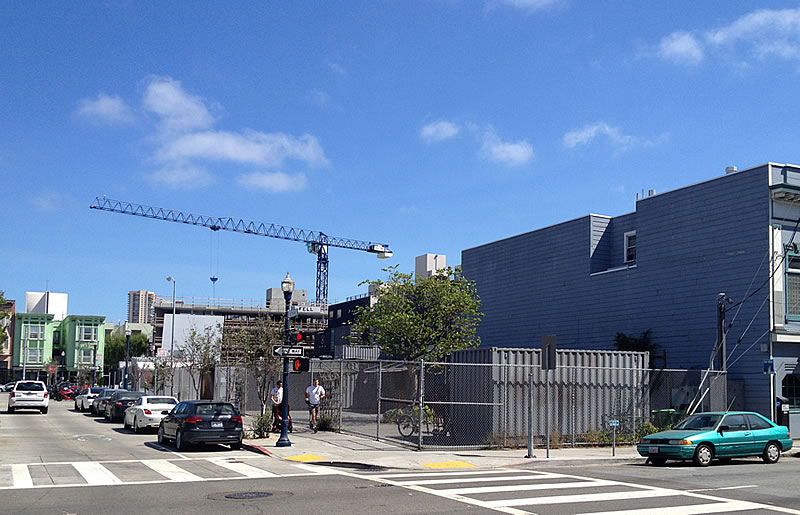 Intended as a temporary installation until San Francisco’s economic downturn had passed and the development of the former Central Freeway Parcel L, which is zoned for building up to 55-feet in height, made sense, Supervisor London Breed has introduced a resolution which would extend the lease for the Biergarten at 424 Octavia, which is set to expire in a few months, through January 21, 2021.

While the Biergarten parcel is rather skinny, keep in mind that plans for a 26-unit building with a ground floor retail space, “designed for a future community beer hall concept,” and underground parking for 13 cars to rise on a smaller parcel up the street are in the works.

As much as we love the Biergarten, and we really do, one could make the argument that perhaps it’s time for the centrally located parcel to be developed, and posthaste.  And in the meantime, the City is moving forward with a record setting purchase of an undeveloped parcel which it doesn’t own a mile away.

All The Way From A to K: San Francisco’s Ballot Measure Rundown