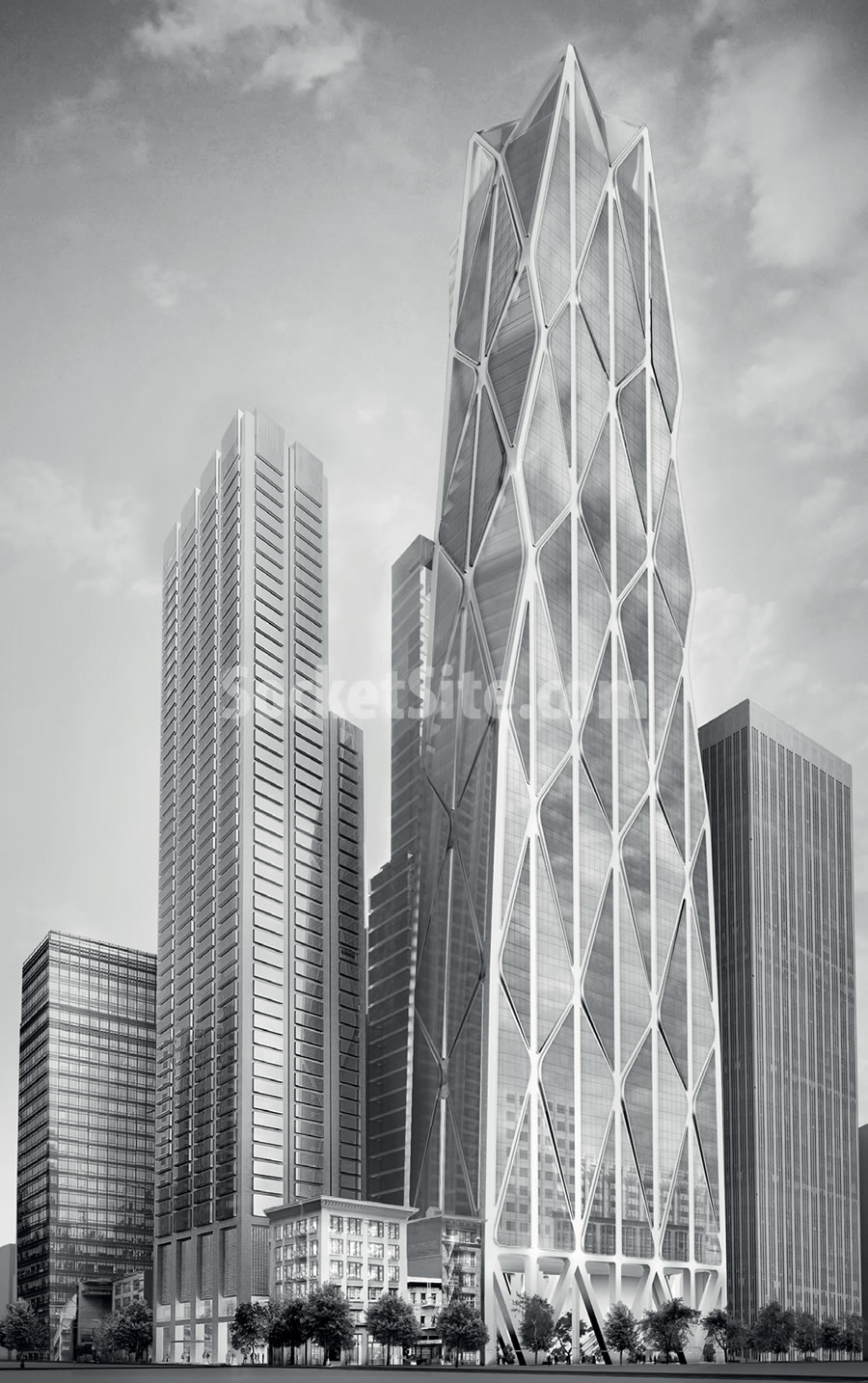 With refined designs for a pair of towers and a six-story Urban Room to rise at First and Mission, the tallest of which will reach a height of 910 feet and become the second tallest building in San Francisco, behind the Salesforce/Transbay Tower which is rising to 1,070 feet across the street, Beijing-based Oceanwide Holdings is now planning to break ground for Oceanwide Center in November.

As designed by Foster + Partners and Heller Manus, the 60-story First Street Tower will yield 1.1 million square feet of office space across floors 7 to 40; a gym and residential amenities on floors 41 and 42; and 109 condominiums, each with at least two bedrooms and one grand penthouse, above.

The condos atop the multi-faceted tower will be the highest residential units in San Francisco as measured from the ground, a title to which the 802-foot tower rising at 181 Fremont had been laying claim.

The adjacent 54-story Mission Street Tower will occupy the currently vacant site at the corner of Mission and Ecker Place and will yield 156 condominiums over a 169-room hotel and 2,000 square feet of ground-floor restaurant space fronting Ecker (which would become a pedestrian alley).

The overall Oceanwide Center development includes an underground garage for 360 cars (133 spaces of which will be offered with the condos) and 364 bikes.

And if all goes as planned, the towers could be ready for occupancy by the end of 2019 or early 2020.