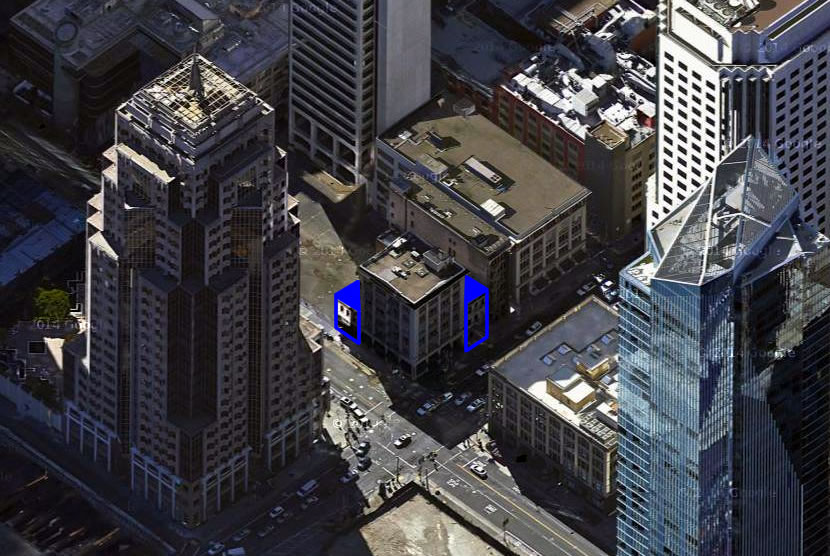 When the Stanford Hotels Group paid over $2,000 per square foot for the two little buildings at 82-84 First and 510 Mission, building’s which sit on a slender T-shaped site across from the future Salesforce Tower and Transbay Transit Center, speculation ran rampant as to the group’s intent. 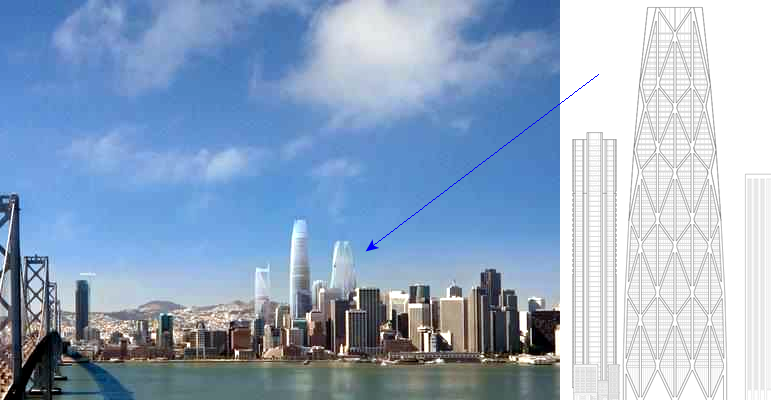 The leading theory at the time of Stanford’s purchase was that the group was positioning for a payday from TMG Partners, the then developer of 50 First Street, gambling that TMG would feel compelled to pay an even higher premium for the site in order to protect their project.

But TMG didn’t bite and has since sold the 50 First Street project to Beijing-based Oceanwide Holdings.

And as we’ve roughly rendered below, Stanford Hotels has now submitted plans for a slender 24-story building, with 42 condos over 365 square feet of retail space, to rise upon their T-shaped site. 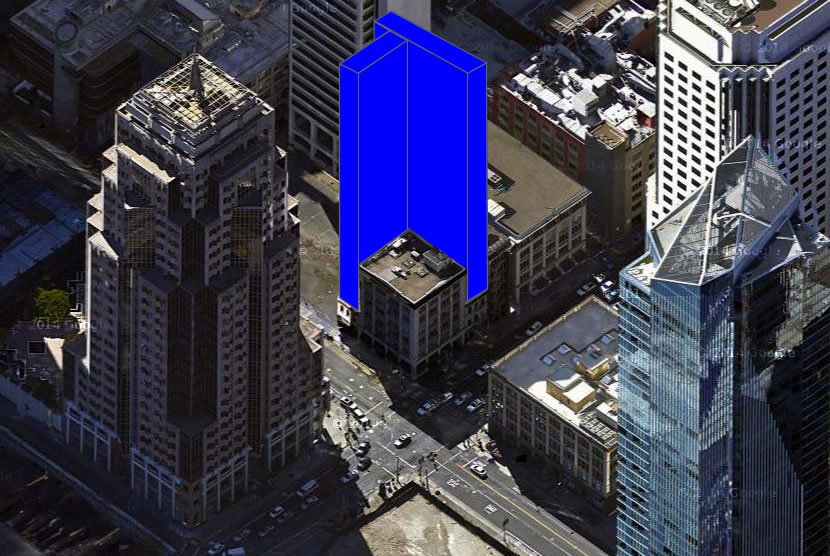 The proposed development would wrap around the historic building on the northwest corner of First and Mission and block the views and vistas of the first 255 feet of the two 50 First Street towers.

Of course, it’s entirely possible that the Stanford Hotels’ proposal is simply an upping of the ante and intended to force Oceanwide’s hand.  But if not and the project is approved, the northwest corner of First and Mission could sprout a jumble of three towers rather than two.