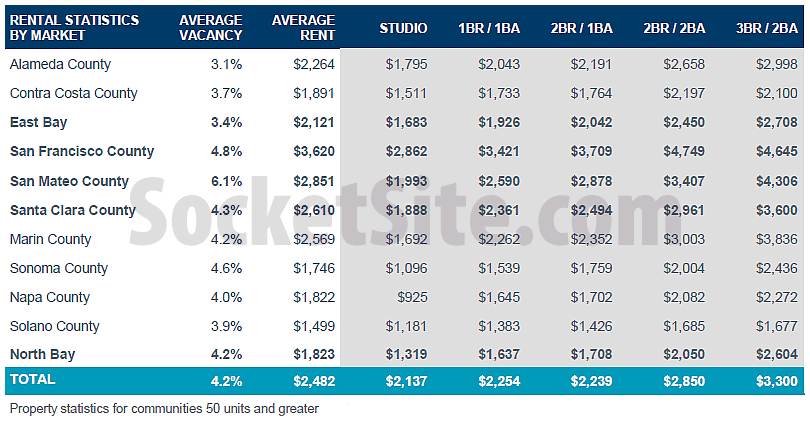 The average vacancy rate in San Francisco dropped to 4.8 percent in the first quarter of the year versus 3.4 percent in the East Bay and 3.1 percent in Alameda County. That being said, there are roughly 7,300 units of housing under construction in San Francisco, including at least a thousand new apartments which will be ready for occupancy within the next couple of months while gains in employment have stalled.