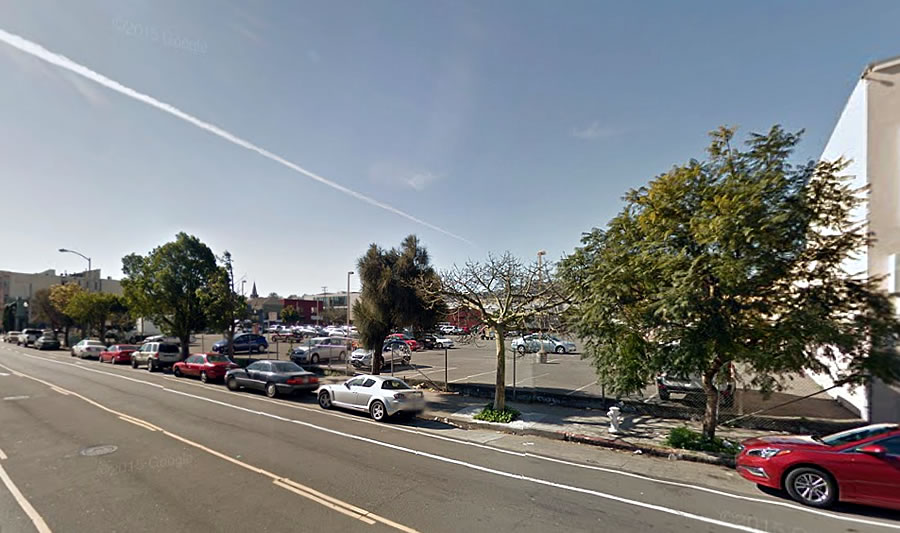 While currently only zoned for building up to 55-feet in height, the two players picked by the Mayor’s Office of Housing and Community Development to redevelop the Mission District parking lot at 2060 Folsom Street were planning to invoke the City’s proposed density bonus to build up to 101 units of affordable housing in a 75-foot-tall building on the site.

But instead, the Chinatown Community Development Center and Mission Economic Development Agency are now planning to seek a formal rezoning of the site to allow the construction of a nine-story building, rising up to 85-feet in height, with 134 units of affordable housing, 10,000 square feet of space for supportive services, a 4,400 square foot child development center, a 600-square-foot cafe fronting Folsom, and a promenade to abut the future Folsom and 17th Street park on the southern half of the parking lot parcel.

And while the proposed development will now require San Francisco’s Board of Supervisors to approve a legislative amendment for the rezoning, and for the City’s Planning Commission to then approve the plans, the 2060 Folsom Street project has just been granted an infill-based exemption from having to complete a lengthy Environmental Impact Report (EIR).