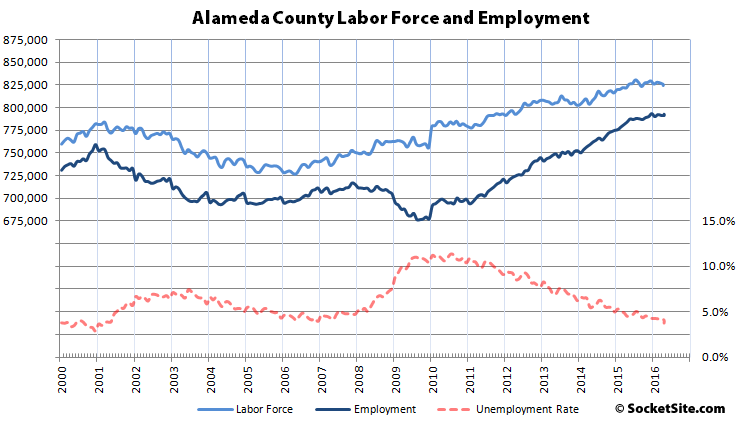 Alameda County, which includes Oakland, accounted for the majority of the East Bay employment gain in May, as the number of employed Alameda County residents increased by 1,500 to 792,700 and the unemployment rate dropped to 3.8 percent.