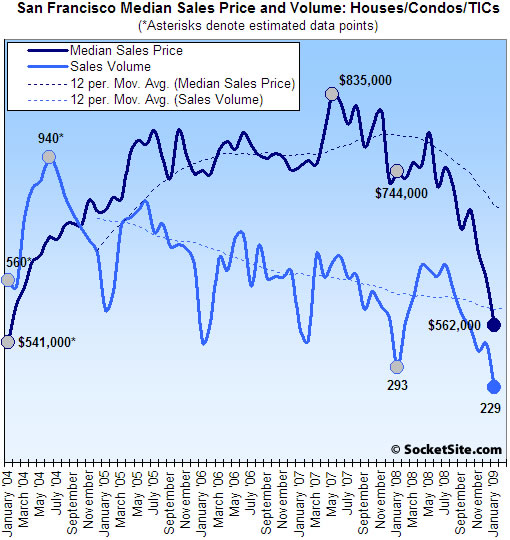 According to DataQuick, recorded home sales volume in San Francisco fell 21.8% on a year-over-year basis last month (229 recorded sales in January ’09 versus 293 sales in January ‘08) and fell 37.4% compared to the month prior. San Francisco once again experienced the sharpest year-over-year decline in sales volume of any Bay Area county last month with Marin the only other county recording a decline (down 7.5% YOY).

Once again, think foreclosures and mix.

As always, keep in mind that DataQuick reports recorded sales (versus listed sales) which not only includes activity in new developments, but contracts that were signed (“sold”) many months or even years prior and are just now closing escrow (or being recorded).

Mosaica 601 On The Market And Affordable Rental Applications Soon