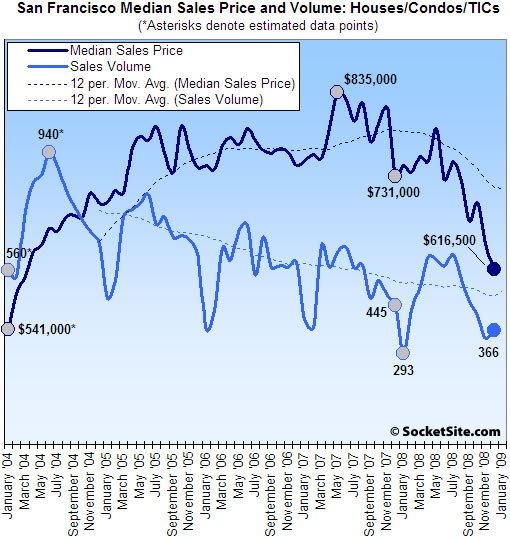 Homes that were foreclosed on accounted for 50.0 percent of December’s resale activity, up from 46.8 percent in November, and up from 14.0 percent for December a year ago. Foreclosure resales ranged from 12.4 percent in San Francisco last month to 67.7 percent in Solano County.

The SocketSite Scoop: Radiance To Announce Price Cuts Next Week