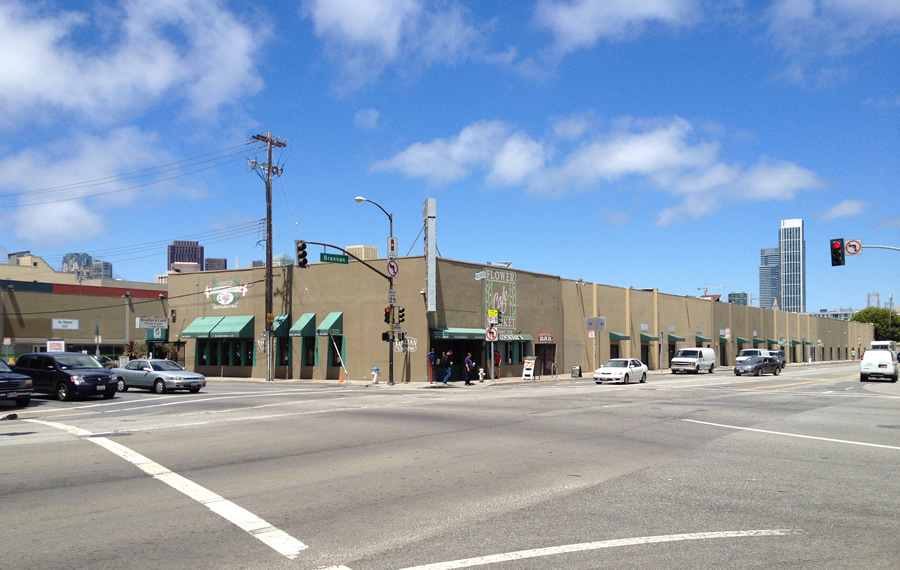 The operators of the San Francisco Flower Mart and Kilroy Realty have reached an agreement to move forward with the redevelopment of the Central SoMa Flower Mart site at Sixth and Brannan, an agreement which includes the building of a new “state-of-the-art” facility for the Mart at the base of a much larger development.

The terms of the agreement, which includes commitments to the existing Flower Mart tenants regarding leases and the new facility, will be revealed later this morning along with a detailed description of the redevelopment plan,

Only time will tell whether the agreement will be enough to stop any threatened initiatives to prevent an up-zoning of the site from ending up on a ballot.  And once again, while the Flower Mart’s parcel  is currently only zoned for development up to 55-feet in height, it could be up-zoned as part of the City’s Central SoMa Plan, but San Francisco’s Planning Department isn’t recommending the parcel be rezoned for development above 85 feet.

But if all goes as Kilroy plans, the new state-of-the-art Flower Mart and an office development rising up to 160-feet on the site will be ready for occupancy in 2018.