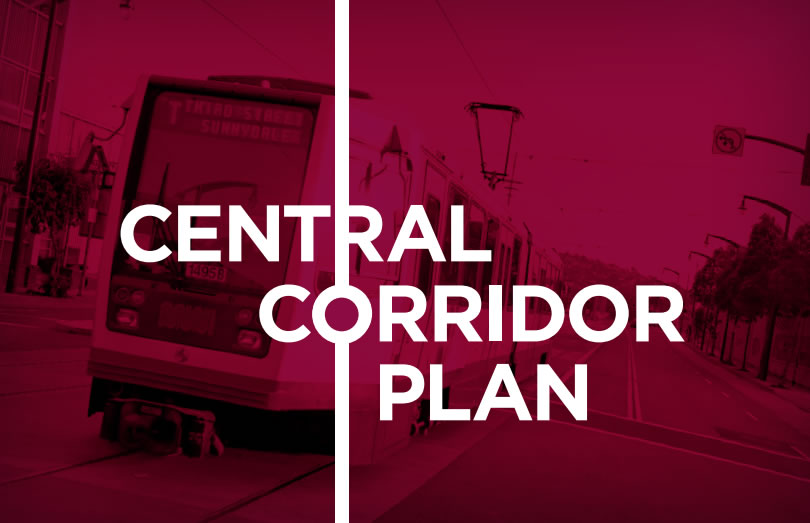 As it stands, the 260 South of Market (SoMa) acres bounded by Market, Sixth, Second, and Townsend Streets, and bisected by the Central Subway project, are already zoned to support the building of 8,225 new residential units and office space for 19,140 workers.

By removing land use restrictions to emphasize office uses in the central portion of the Plan Area, selectively increasing height limits on certain sites (primarily south of Harrison Street), and modifying the system of area streets and circulation to meet the needs of a dense transit-oriented district, the proposed Central Corridor plan will add the potential for another 3,490 housing units and office space for 27,820 jobs to be built within the area.

It’s a great start, but with San Francisco projected to add 190,000 new jobs by 2040, filled in part by a projected 150,000 new residents by 2035, and for which 92,000 housing units will need to be built, are the plans for San Francisco’s Central Corridor with excellent regional transit accessibility adjacent to existing job centers and urban amenities big enough?

Aiming to maintain “the predominant character of SoMa as a mid-rise district,” reducing the presence of high-rises by actively “limiting their distribution to transit stations,” and limiting heights “in areas with a high concentration of historic buildings and unique character,” the Draft Plan identifies two height options for the Plan Area:

In general, Option A would increase heights along Fourth, Harrison, and Bryant streets from 65 feet to 85 feet. Option A would also allow for towers between 130 and 320 feet on certain sites, mostly located south of Harrison Street, increasing height limits on those sites by 45 to 235 feet.

The rendered view of downtown San Francisco from Dolores Park under existing conditions and as it would be under the Central Corridor plan as proposed, click to enlarge: 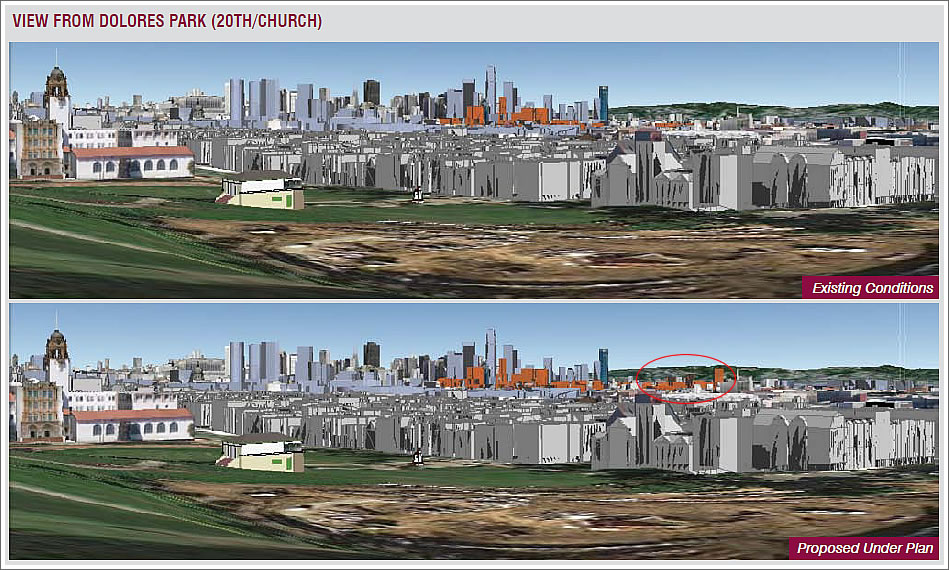 Conceding Planning’s principal that area heights “should be sculpted mindful of views through and across the Area from surrounding areas with views of the Bay, East Bay Hills, and other key features,” might there be a bit more room to grow?

Peak To Trough And Back In The Heights