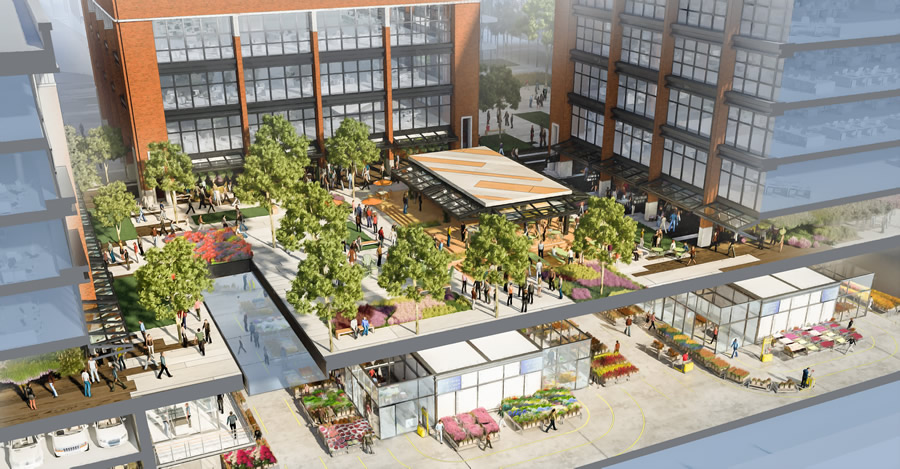 While playing coy with respect to their larger plans for developing the Central SoMa site, Kilroy Realty has officially announced their agreement with the operators of the San Francisco Flower Mart to build a new underground market for the flower mart’s wholesale business and 10,000 square feet of ground-level retail space for vendors around a new public at Sixth and Brannan.

Under the terms of the agreement, California Flower Market, the current operators of the mart, will continue to manage the existing and future markets, all current vendors and tenants have been offered a five-year extension of their leases at existing rents, and all tenants in good standing will be offered space in the new facility.

Kilroy is aiming to have the new Flower Mart and office project overhead ready for occupancy in 2018.  But the threat of a ballot measure to block the proposed development still looms.