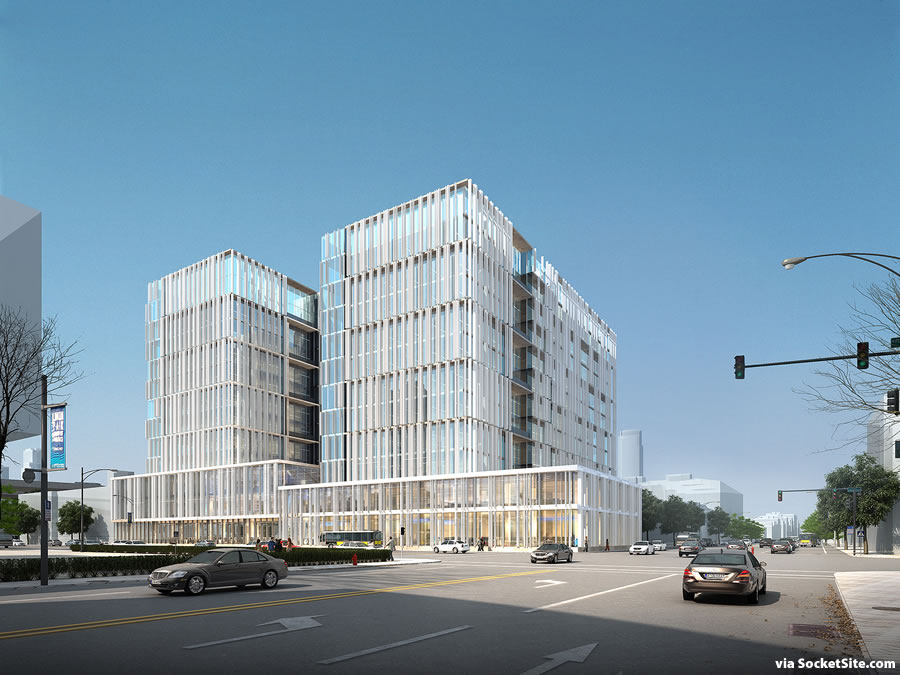 While currently only zoned for building up to 55 feet in height, Tishman Speyer is pushing forward with plans to develop a pair of modern eleven-story buildings on the northeast corner of Brannan and Fifth Streets, behind which a new public park could sprout in the middle of the Central SoMa block. 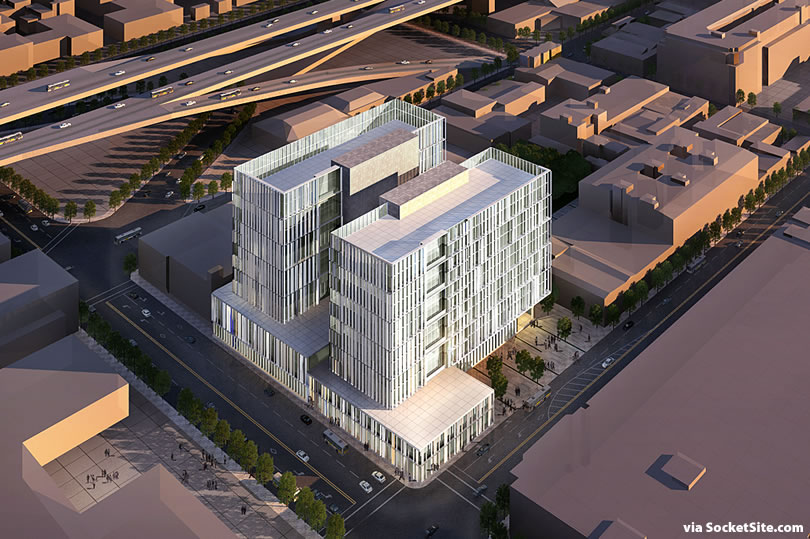 Designed by Peter Weingarten of Gensler, the proposed office development features two distinct buildings, each of which would rise up to 160-feet in height and feature big floor plates to attract tech tenants, according to a plugged-in tipster.

Access to the new public park behind the proposed development would be by way of a new passage from Brannan, connecting to Welsh, the existing mid-block alley off Fifth Street along the northern edge of the parcel.

Currently owned by Hearst Corp. and used as a yard for the Chronicle’s trucks and racks, the 598 Brannan Street site is directly across the street from the San Francisco Tennis Club and the San Francisco Flower Mart, two other parcels which are primed for development once the proposed height limits for the Central SoMa neighborhood are raised.