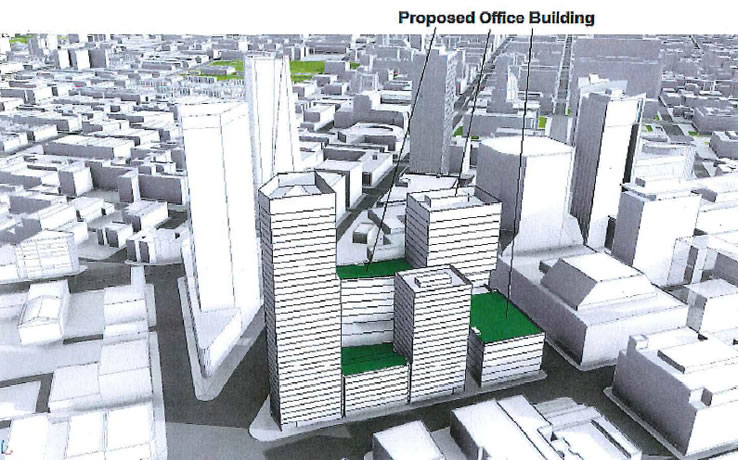 As we first revealed last week, Related California’s proposed development of 565 apartments and 460,000 square feet of office space along Mission, between 11th and South Van Ness, will likely be financed by way of $375 million of city issued mortgage revenue bonds.

And as a number of plugged-in readers quickly noted, the City of San Francisco has set its sights on the office portion of the development and is planning to pay Related an estimated $253 million for the building which would rise up to 17-stories along 11th Street and front Mission and South Van Ness Avenue as well. 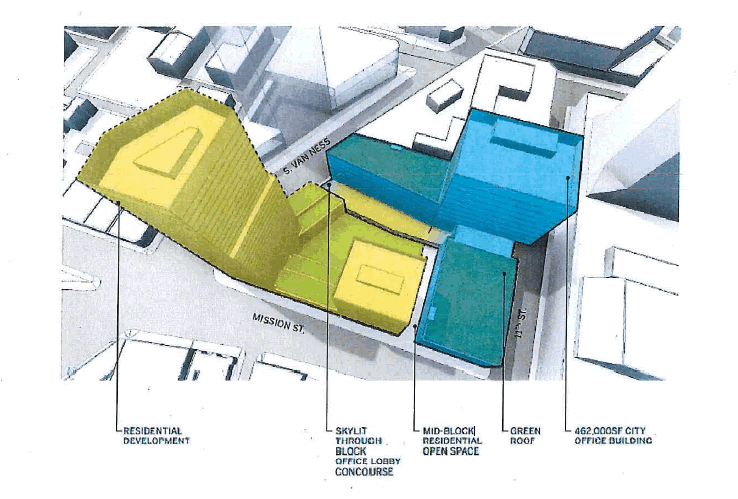 The City’s letter of intent for the acquisition of the building to be built includes a non-refundable payment of $1 million and up to $250,000 toward schematic design costs to be paid to Related, but the acquisition will remain conditional upon the completion of the project’s environmental review and a final election to proceed.

San Francisco’s Board of Supervisors will have until July 31 to endorse the plan and letter of intent and to authorize the City to make the non-refundable payments.  Related is scheduled to close on their acquisition of the 1500-1580 Mission Street parcel in September and will pay Goodwill $65 million for the land.

If all goes as proposed and planned, the City will consolidate the Departments of Public Works, Building Inspection and Planning, and Retirement and Health Services System in the new building with occupancy in early 2018.