The Antithesis of Swoopy at Fifth and Brannan as Newly Proposed 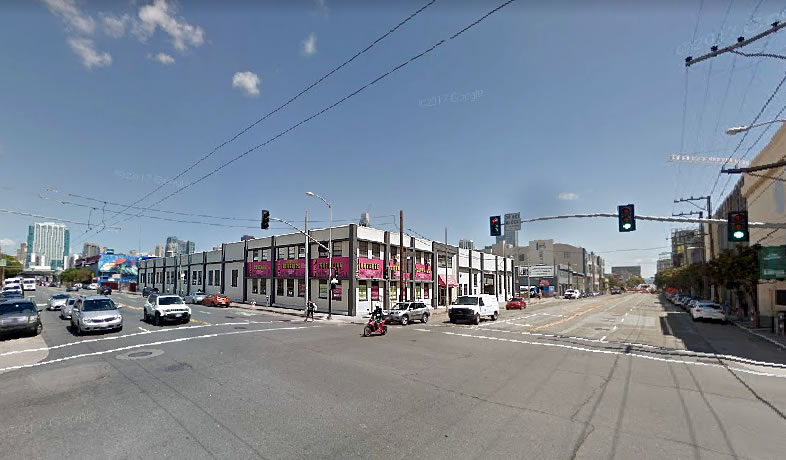 While Tishman Speyer is pushing forward with plans to completely redevelop the northeast corner of Brannan and Fifth Streets, across from the contentious San Francisco Tennis Club project, an all-new approach for the 598 Brannan Street project has been proposed.

Michael Maltzan Architecture is now leading the design charge and has drafted plans for three blocky buildings to rise up to 185 feet in height on the on the site, fronting Brannan, Fifth and Bryant Streets with a total of 917,000 square feet of office space, 72,000 square feet of ground floor Production, Distribution and Repair (PDR)/retail space and two below-grade garages with parking for 260 cars and 331 bikes. 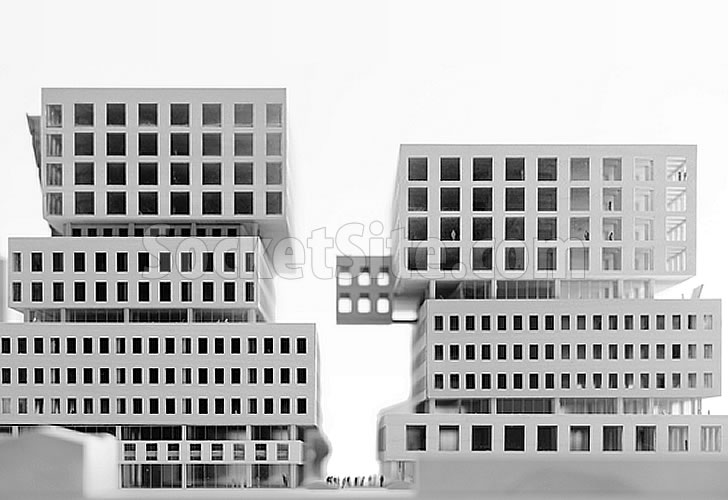 As envisioned, an 38,000-square-foot public park/plaza at the center of the site would include built-in seating, picnic tables and a play area but would be outfitted with artificial turf rather than grass. 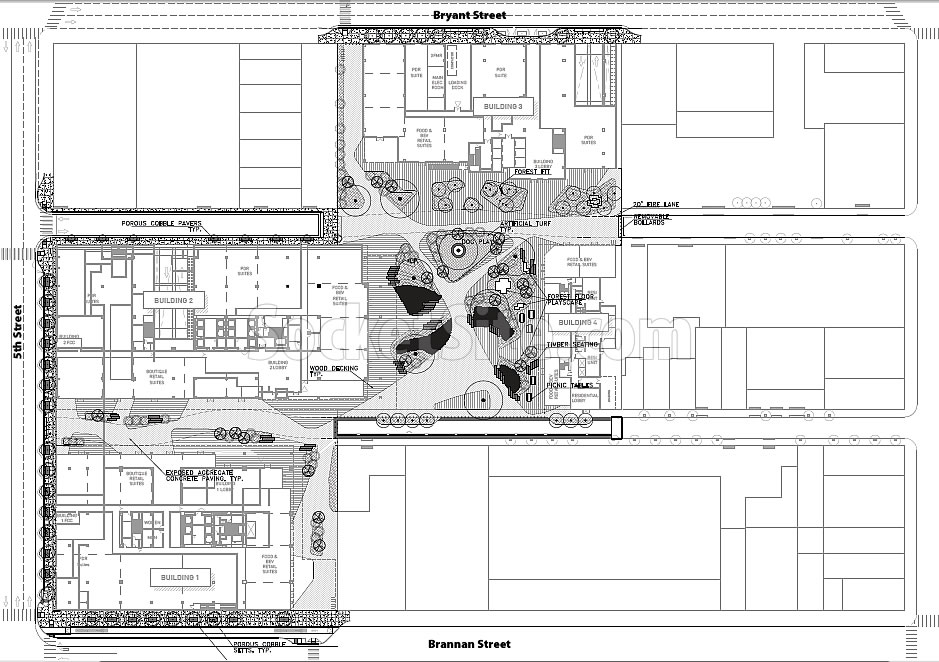 And to the east of the plaza in the middle of the block a fourth building designed by Perry Architects would rise up to 70 feet in height, with 91 below market rate (BMR) apartments, a mix of 49 one-bedrooms and 42 twos, over a ground floor of retail and two storage rooms for a total of 87 bikes.

The 91 below market rate units are slated to be counted towards the inclusionary housing requirements for Tishman’s proposed swoopy towers to rise at Fourth and Townsend, allowing that development to be 100 percent market rate, as we first reported last week.