Plans for a Pair of Swoopy SoMa Towers Revealed 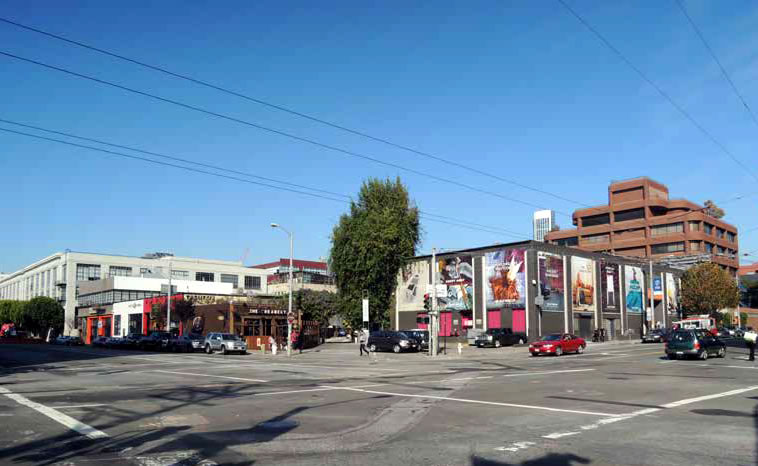 Tishman Speyer has formally filed their application to move forward with the development of two modern towers stretching across seven Central SoMa parcels (including those currently occupied by The Creamery, HD Buttercup, The Iron Cactus, United Barbell, TwentyThree and Waterfall) and rising up to 420 feet in height on the northeast corner of 4th and Townsend. 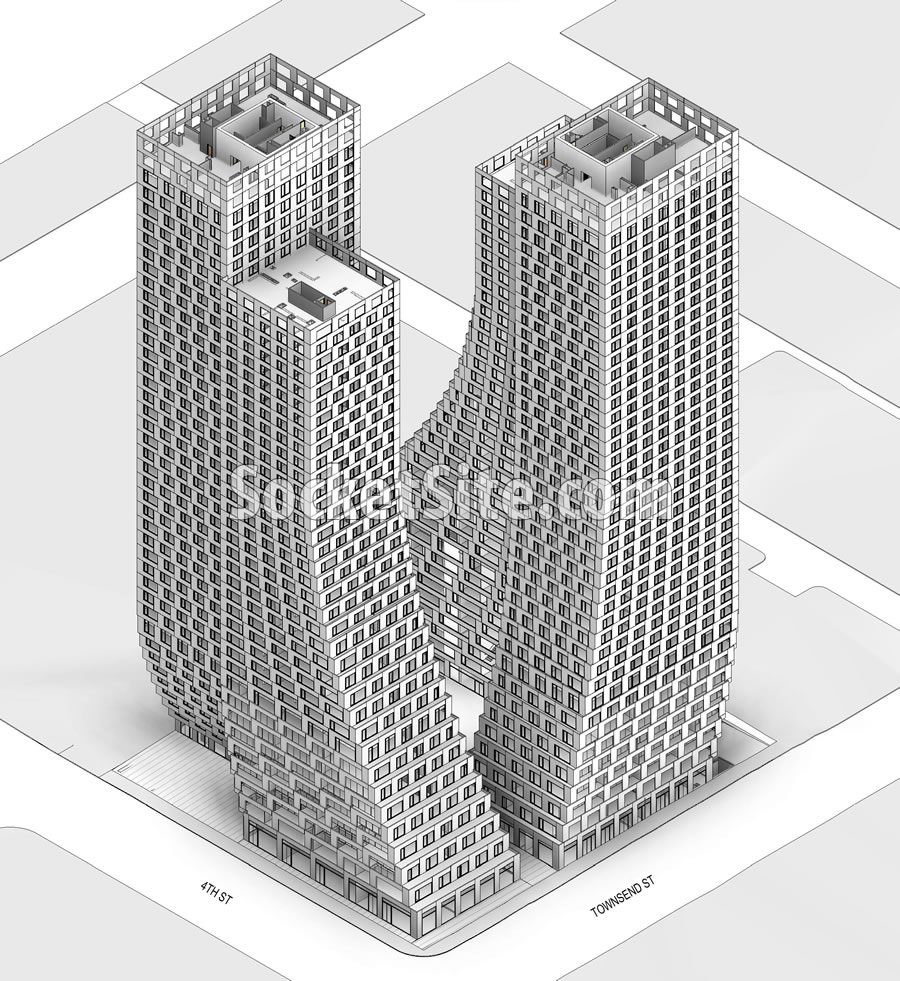 From the project team with respect to the proposed development and Bjarke Ingels Group (BIG) design:

Each [of the two structures] would be made up of a podium and two tower segments, one 50’ taller in height than the other. Unlike a typical building, where each floor is the same square footage, these buildings would have large ground floors and each subsequent floor would be slightly smaller than the floor below it until approximately half way up the building when all floors become uniform in size. This design creates a cantilevered affect allowing for private terraces on the lower portions of each building.

Further, cantilevered floors are placed in such a way as to allow for the two tower segments to operate as separate structures until the eighth floor where they connect as one building. The two towers would be placed on the site as essentially mirror images of each other. This design will give the impression of four distinct buildings.

Building 1, on the west side of the project site, would feature a podium and tower structure. The 400’ tower would have 39 floors of residential units and step at the 35th floor to 350’ height. The ground floor of the building would feature one level of devisable retail space and a residential lobby facing a landscaped central plaza. The tower and building portions would be separated at this level by an approximately 28-foot-wide public walkway leading from 4th Street into the central plaza.

Above the ground floor of the podium, the first eight floors would step towards Tower 1, until the structures join on the ninth floor. The podium façade facing Townsend Street would step back 8’ after the first floor and then in incrementally smaller steps every floor until it reaches a 103’ setback at 220’ high. At this point, the building would rise as a flush vertical façade. The podium façade facing 4th Street would incorporate a smaller incremental setback of 2’ per floor after the first floor, until reaching a 15’ total setback at a height of 85’ feet.

Tower 1, on the northwest corner of the project site would be set back approximately 50 feet from 4th Street, to allow for a landscaped street-level plaza. The floors of Tower 1 would cantilever away from 4th Street by 5.5’ and then by incrementally smaller steps on each floor. At 85’ in height, the building would reach a 20’ setback, at which point it would rise as a flush vertical façade.

Building 2 would be also be split into a tower and podium structure, which would front Townsend Street and the adjacent properties to the east of the project site. The tower and podium would be essentially mirror images of Building 1. An approximately 28’ wide walkway would separate the tower and podium at the ground level, leading from the central plaza to the eastern edge of the site. The 400’ tower would have 39 floors of residential units and step at the 34th floor to 350’ height. The ground floor would feature devisable retail space and a residential lobby.

Similar to Tower 1, the first eight floors [of Tower 2] would angle towards the podium structure and join on level 9. The podium would be set back 80’ from Townsend Street to allow room for a vehicular ramp accessing belowgrade parking along Townsend Street. Unlike the other building, this podium structure would start to step back 12’ at 78’ high. Incremental step backs would continue until the building reached a total 128’ setback at 270’ high, at which point it would rise as a vertical façade. The tower would cantilever towards the neighboring property on Townsend Street by the same dimensions as the tower on Building 1.

Access to the development’s four residential lobbies would be provided through an inner publicly-accessible courtyard and plaza which would be ringed with retail as well. 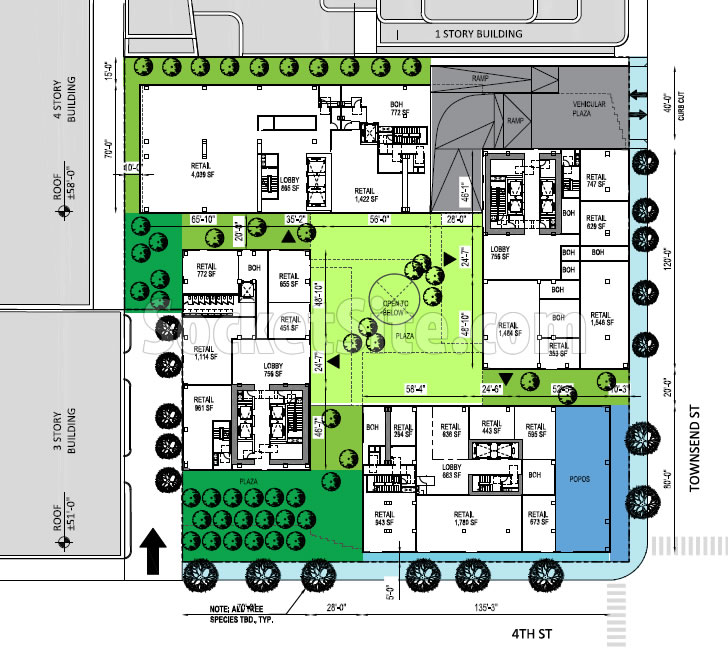 Another Waylaid Development Slated for Approval in the Mission