Context For Two Towers And More At Townsend And Fourth 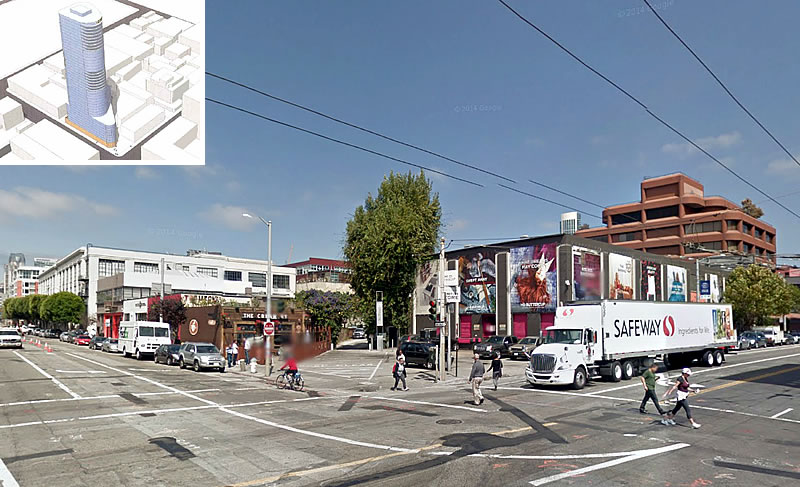 While Tishman Speyer has so far only filed their preliminary plans to construct a 400-foot tower with 450 condos over 10,000 square feet of retail along 4th Street, between Townsend and Bluxome and across the Central SoMa parcels upon which The Creamery and a few other little buildings currently stand, an earlier filing outlined the developer’s intentions of building a 350-foot sister tower on the adjacent HD Buttercup parcel as well.

And while it’s not official and simply illustrative, we have rendered the corner with both the massing for Tishman’s proposed 400-foot tower and a mirror image tower (which would be similar to the approach Tishman has taken with their Infinity and Lumina developments) scaled to 350-feet: 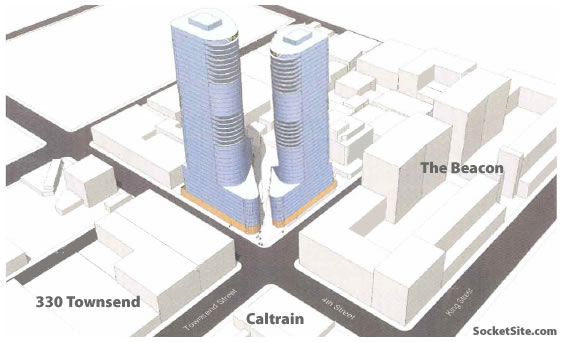 For scale, The Beacon across Townsend rises to a height of 160 feet in the middle of the block.

And as plugged-in people know, there are plans for a modern 300-foot tower to rise at 330 Townsend and the potential for a few more big developments to rise within a block or two.