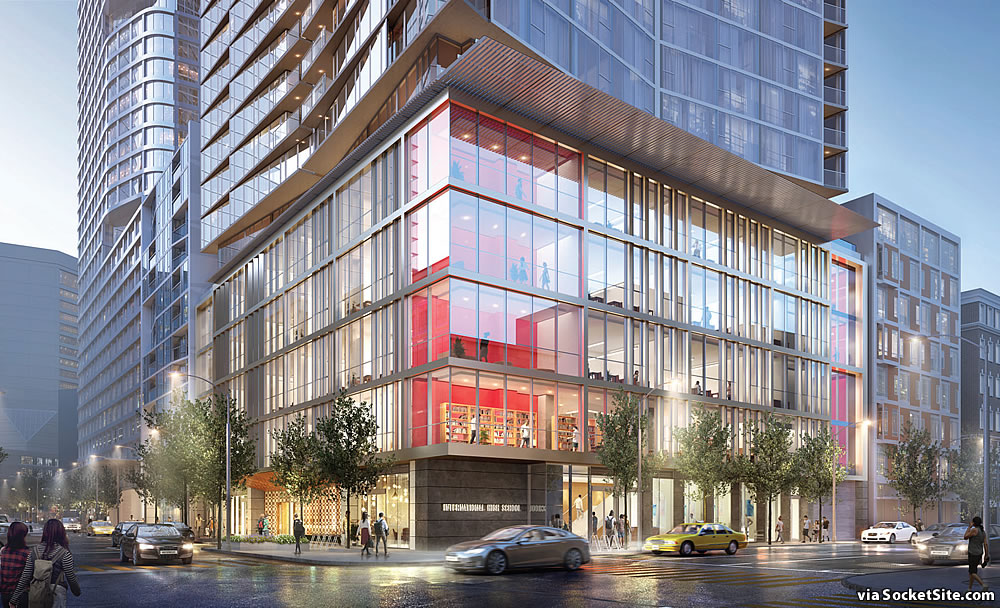 A modification to the approved plans for the French American International School’s 365-foot-tall tower to rise on the parking lot parcel at 98 Franklin Street, at the intersection of Oak, is on the table. 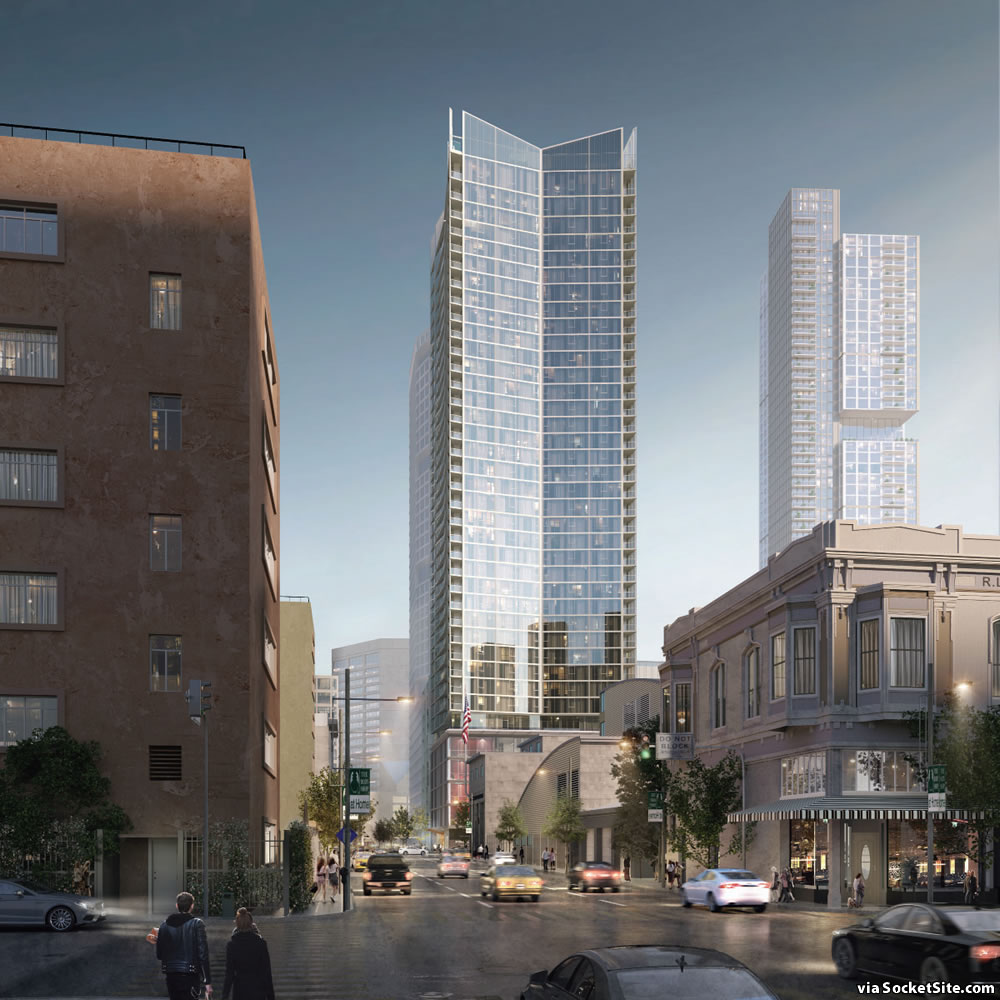 As newly proposed and rendered by SOM, with placeholders for One Oak and 10 South Van Ness in the background, the height of the 98 Franklin Street tower would be increased to 400 feet, which would yield 385 residential units, up from 345 apartments as approved, along with 85,000 square feet of space for the International High School within the tower’s 5-story podium, 3,000 square feet of ground floor retail space, and a basement garage for 110 cars. 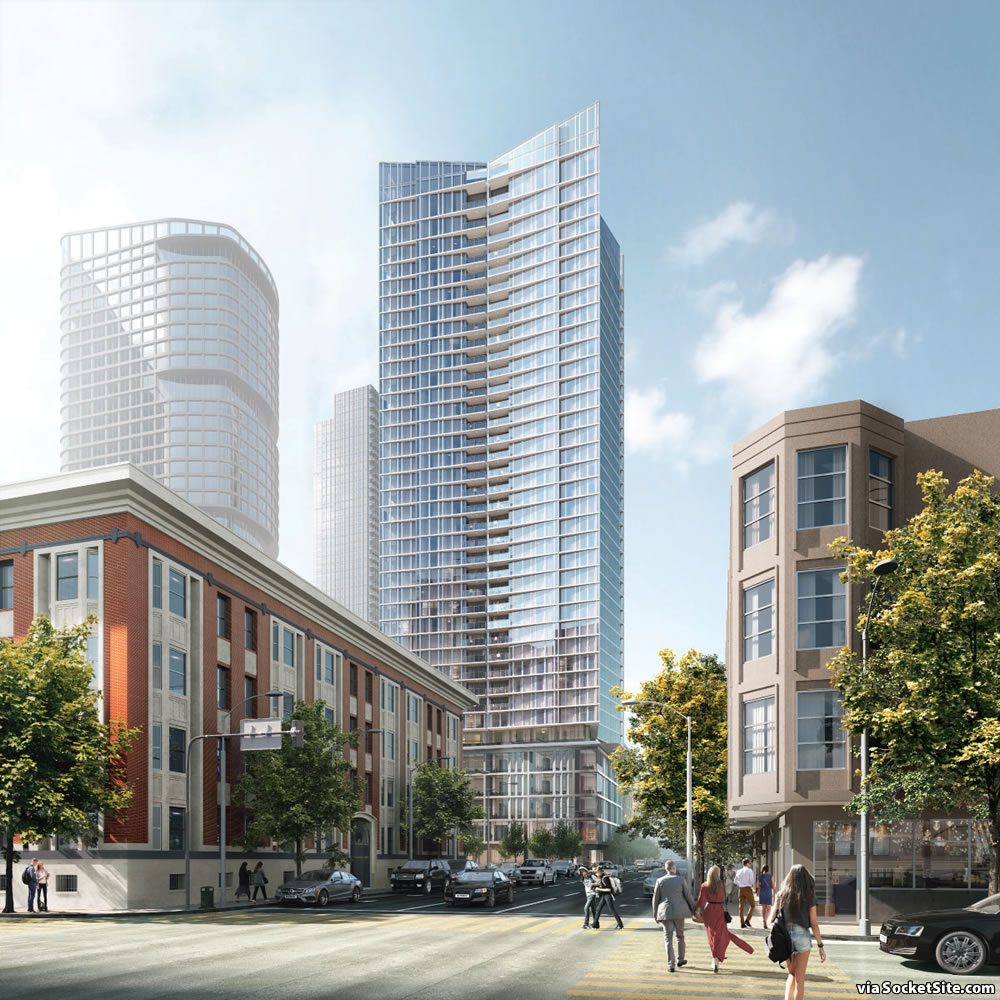 And yes, a building permit for the development has been requested, and was in the works, but is currently on hold pending approval of the additional height and plans.