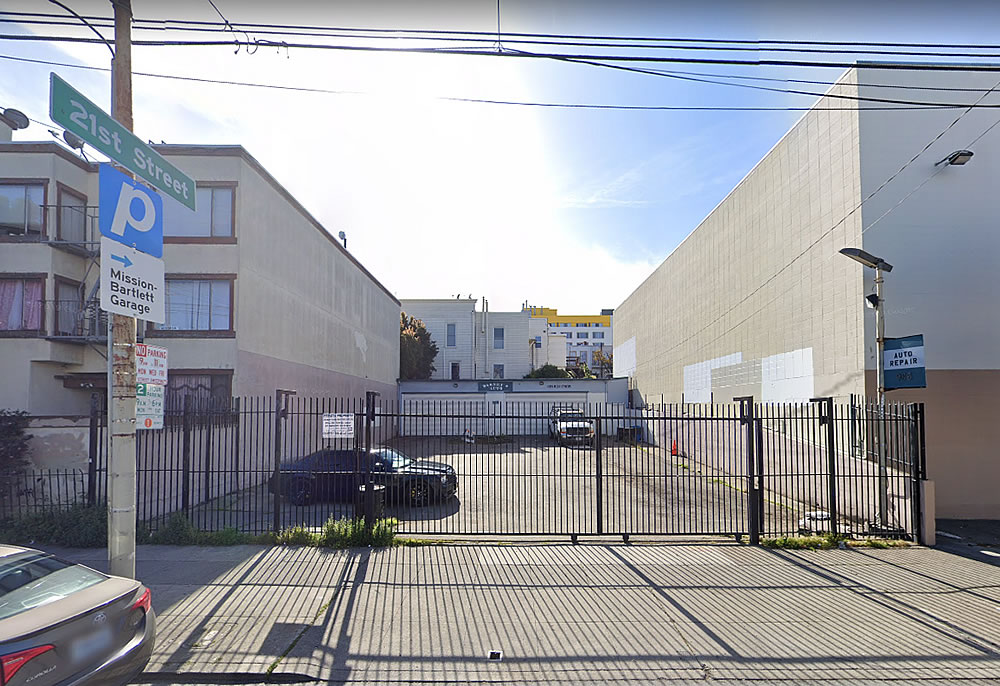 Since redesigned and with Kotas/Pantaleoni now the architects of record, the five-story development to rise on the site will now yield 15 residential units, with one studio, eight one-bedrooms and six twos over a secured garage for three cars and 19 bikes, as newly rendered below. 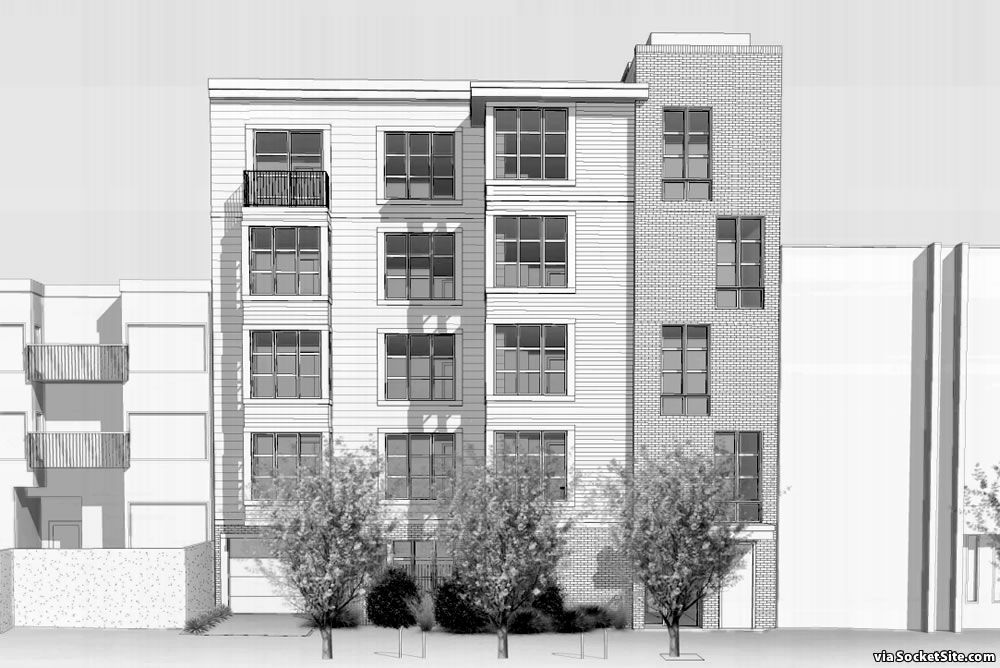 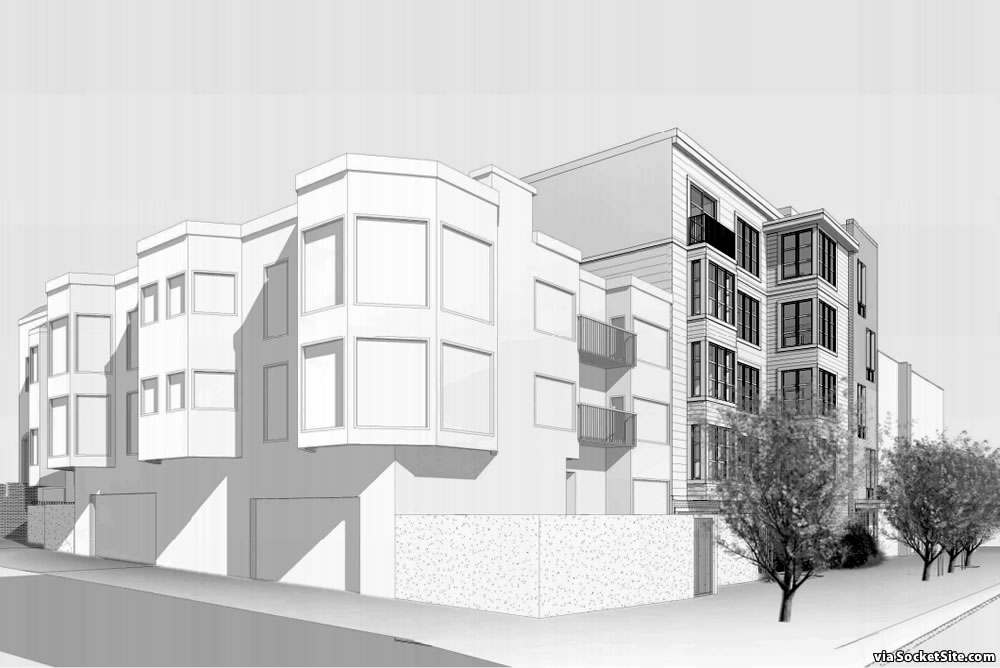 And with the project havening by approved for a streamlined environmental review and since successfully permitted, the development is now cleared to rise.