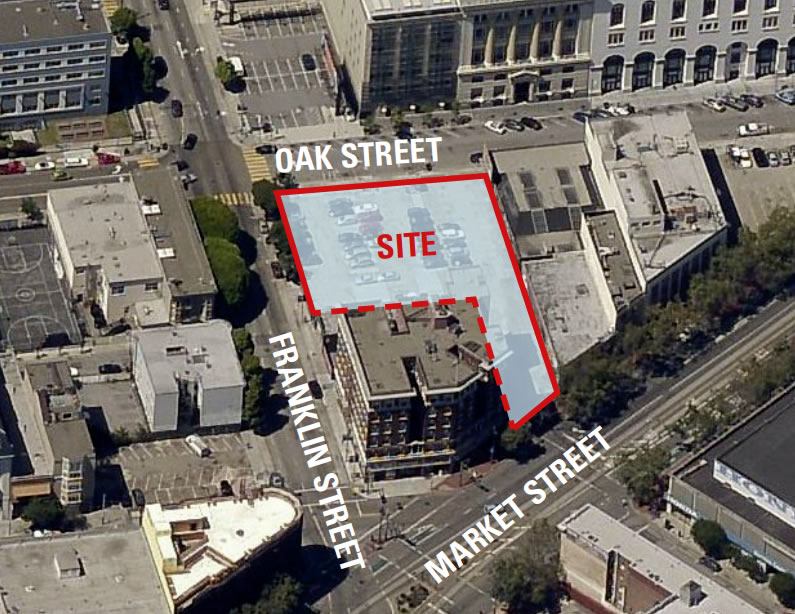 “San Francisco’s Planning Department has completed its preliminary review of the French American International School’s proposed 320-foot tower to rise on its parking lot site at 98 Franklin Street in Hayes Valley. And beyond the proposed height, for which the school has a plan, the Department didn’t raise any substantial red flags.

Speaking of which, noting the project’s “central, transit-rich location…as well as the significant long-term capital improvements planned for Van Ness Avenue (BRT) and Market Street,” the City’s Street Design Advisory Team has recommended that the school consider reducing or removing all of the proposed parking from its plans.”

Skidmore, Owings & Merrill (SOM) has since replaced Handel Architects as the design team.

And as newly rendered by SOM below, the team is now proposing the roof of the tower be allowed to reach a height of 359 feet, with another 20 feet to the top of its parapet, a proposal which would yield 345 apartments, 75,000 square feet of International School space within the tower’s 5-story podium, and 3,100 square feet of ground floor retail space at the corner of Oak and Franklin. 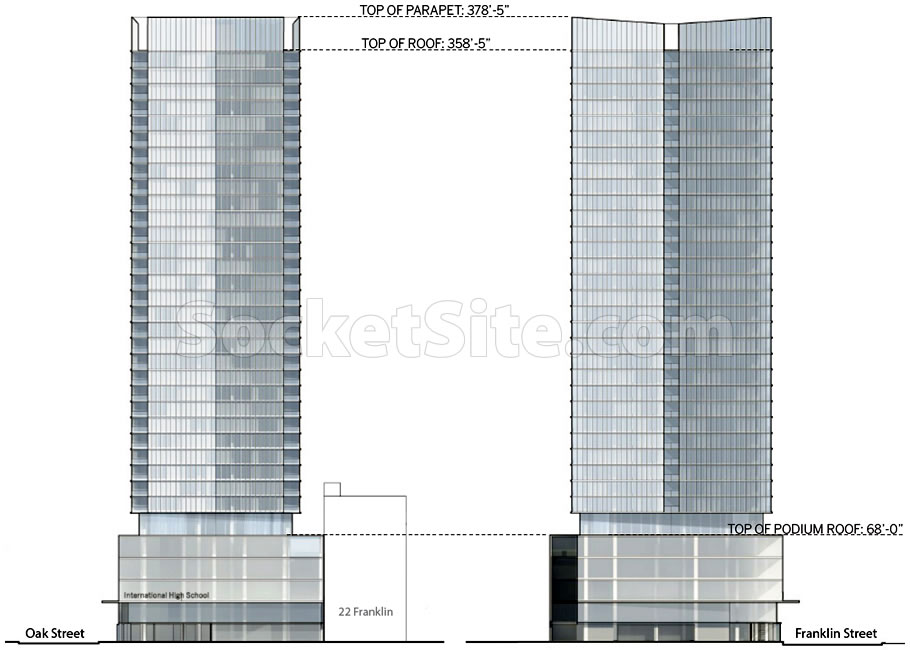 In terms of parking, the proposed number of off-street spaces has been reduced to 111, twenty-nine (29) of which would be for use by the school.

And in terms of timing, the project team is aiming to break ground in 2020, with a construction schedule that’s currently estimated to span between 39 and 46 months.  We’ll keep you posted and plugged-in.