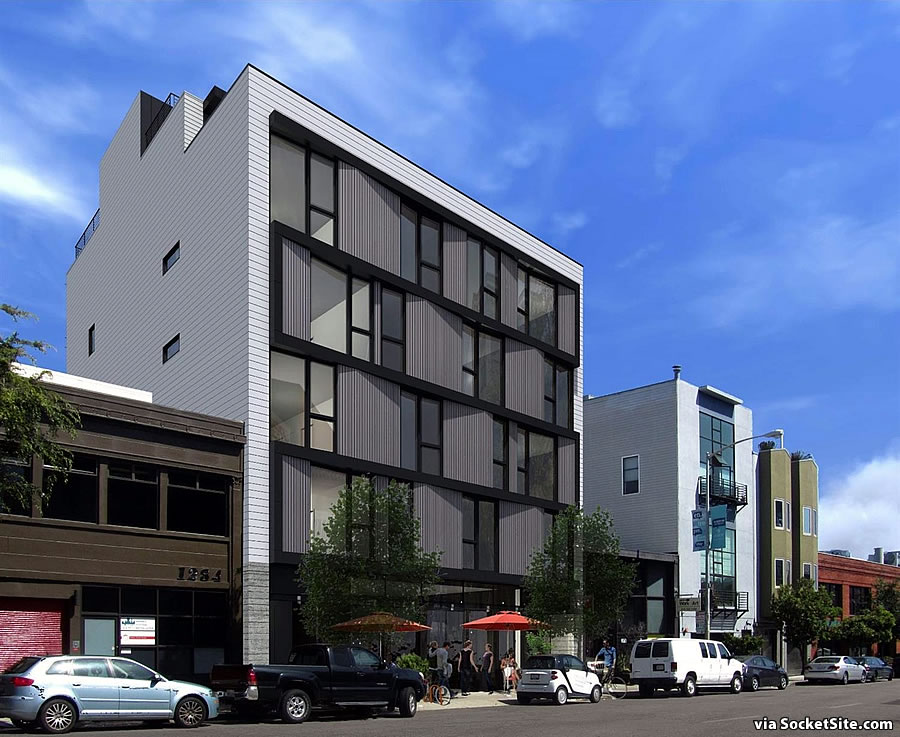 Approved by the City last year, the plans for a 24-unit development to rise up to six stories in height upon the former CrossFit site at 1228 Folsom Street and its underlying Western SoMa parcel hit the market earlier this year priced at $6.95 million or roughly $290,000 per entitled unit, not accounting for the value of the project’s 1,100-square-foot restaurant/retail space fronting Folsom.

And with the demolition permit for the site having been issued and the building permit for the project nearly secured, the asking price for 1228 Folsom Street has just been reduced by 14 percent to $5.995 million or roughly $250,000 per entitled unit.

Keep in mind that market-rate developers were paying an average of under $200,000 per entitled unit for land in San Francisco less than three years ago.