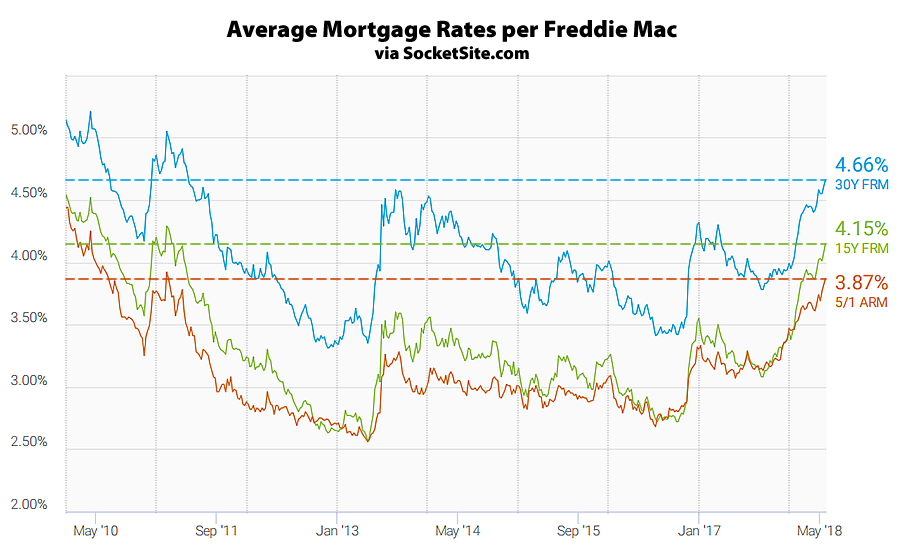 Having hit a 7-year high last week, the average rate for a benchmark 30-year mortgage has ticked up another 5 basis points to 4.66 percent, which is 71 basis points above its mark of 3.95 percent at the same time last year and the highest average rate since May of 2011, according to Freddie Mac’s latest Mortgage Market Survey data.

And according to an analysis of the futures market, the probability of the Fed instituting another rate next month has just dropped from 100 to 90 percent.