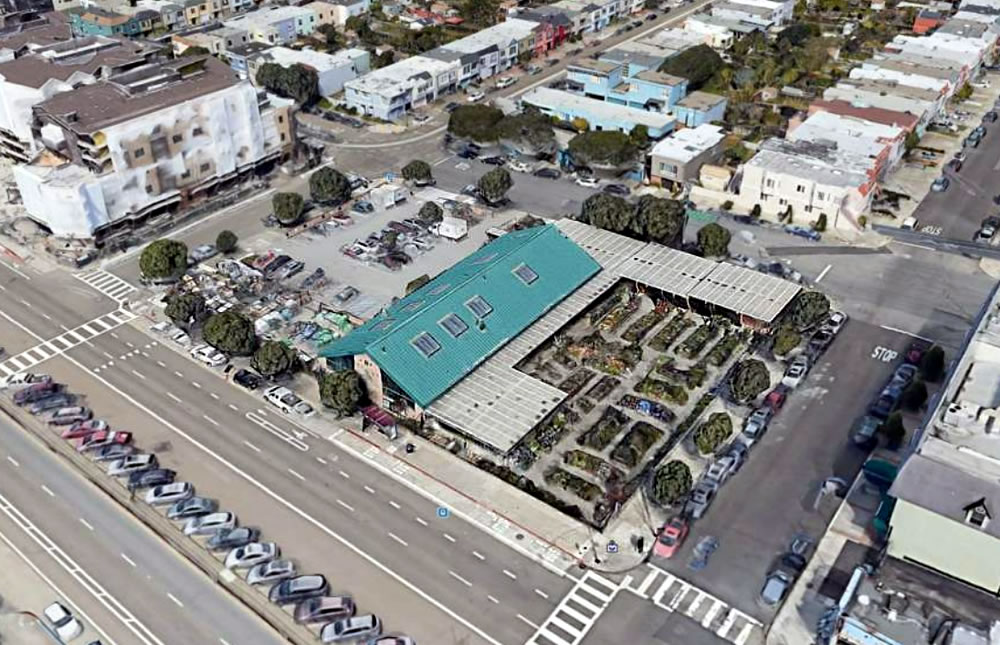 Supersized plans for redeveloping the landmark Sloat Garden Center site at 2700 Sloat Boulevard have, in fact, been drawn, plans which now envision a 12-story rising up to 125 feet in height across the Outer Parkside block, as newly rendered by Korb and Associates. 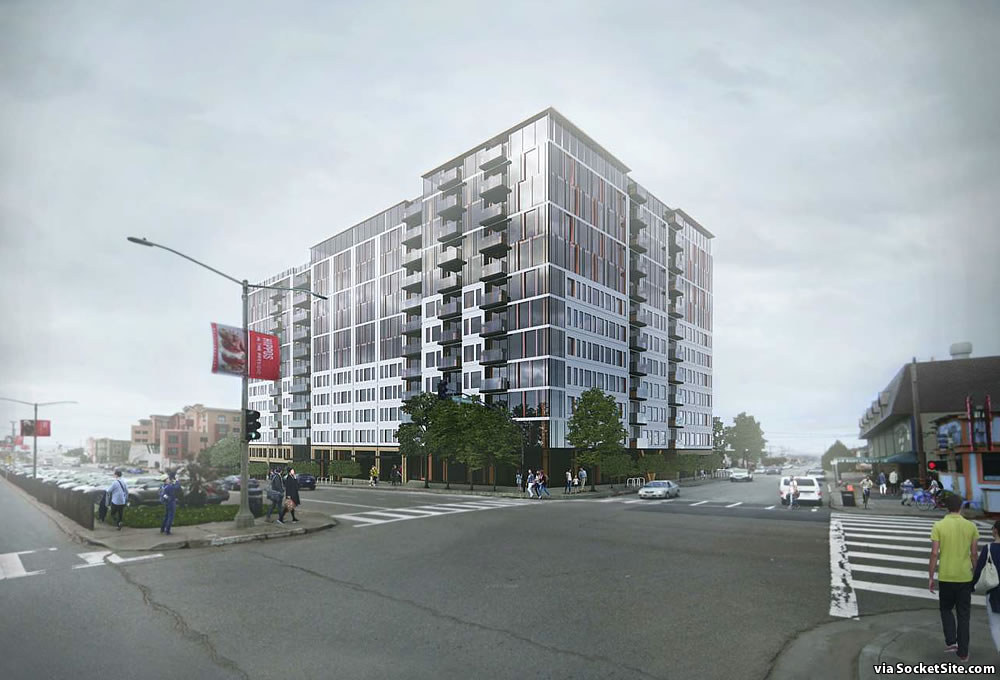 The new plans for the site would now yield 400 condominium units (a mix of 128 studios; 96 one-bedrooms; 131 twos and 45 threes, ranging in size from 350 to 1,080 square feet), with 9,700 square feet of corner and Sloat Boulevard-facing retail space, an interior courtyard and two large roof decks for the building’s residents, and a basement garage for 200 bikes and 56 cars. 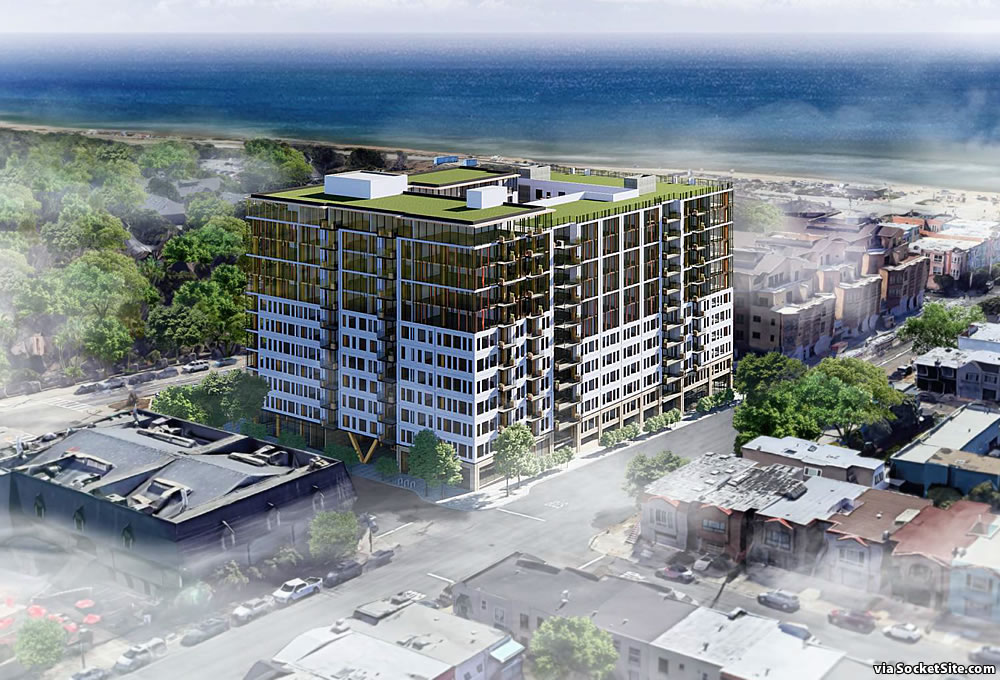 From the architects with respect to the preliminary design:

The building’s facade is a result of studying the surround neighborhood window patterns commonly found in the Sunset District. The window patterns translated to a more modern façade made of high rise appropriate fire resistant materials such as metal panel, glass with some stucco in the courtyard facades. In the more glassy areas above 65′ the use of colored metal mullions were designed as a nod to the colorful neighborhood context. The base of the building uses a sandstone tone tile inspired from the surrounding cliffs of nearby Ft. Funston.

While the garage entrance for the building would be by way of 46th Avenue, a port-cochere on 45th Avenue, across from the United Irish Cultural Center, would lead to the building’s lobby and allow for drop off-offs, pick-ups, deliveries and move-ins.

As the block is only zoned for development up to 100 feet in height, the project team is planning to invoke San Francisco’s HOME-SF program for the additional height and density as proposed, in exchange for which 120 of the units would need to be sold at below market rates (BMR). And in the words of Planning, “it is the Department’s priority…to encourage the direct building of more affordable housing and the maximization of permitted density,” as was explicitly stated for this site. But as referenced in the Chronicle, the supersized project as proposed has already raised some neighborhood hackles. We’ll keep you posted and plugged-in.