Surprise! That’s Not a Legal Parking Spot (Or Unit) 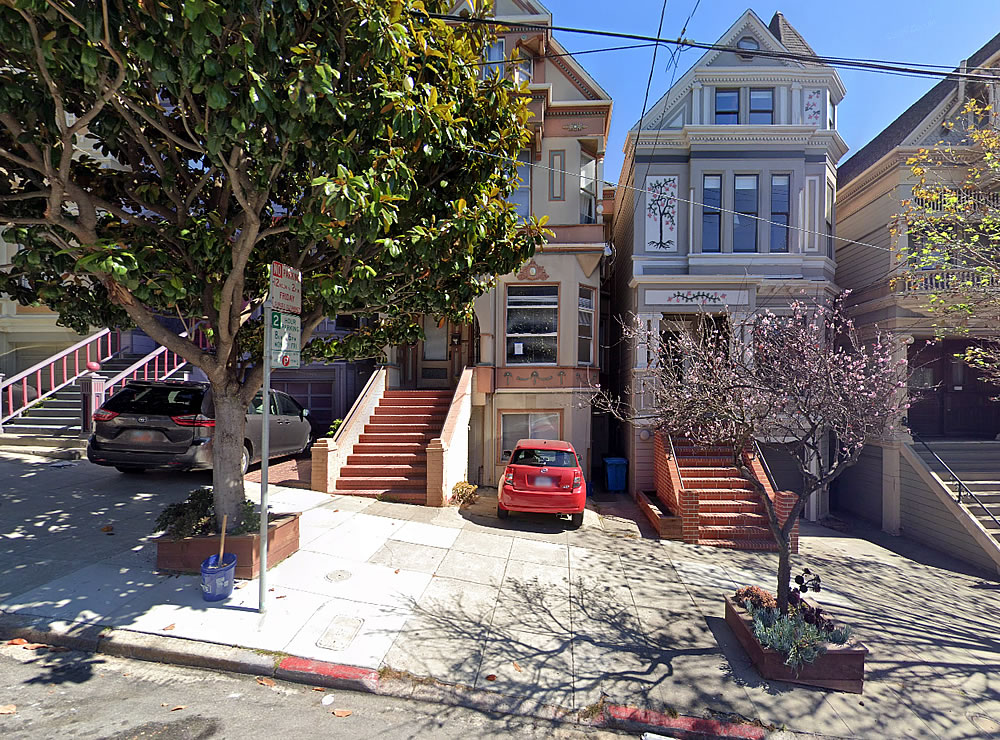 While common in practice and rarely enforced, parking in the setback/driveway between a home’s garage and the sidewalk in San Francisco is technically illegal per Planning Code Section 132(f), and that includes the parking/storage of any motor vehicles, trailers and/or boats.

In addition, the curb cut in front of a home, which is often used as a protected on-street parking spot, is dependent upon the ongoing need to access a legal garage. And when a home’s garage is converted into a living space, either legally (think ADU) or illegally (as is the case here), the right to a curb cut is effectively forfeited and must be removed, as the owners of what was billed as a three-unit building at 704 Broderick Street, when purchased back in 2016, are now painfully aware.

In order to maintain their right the home’s curb cut and driveway, the building’s garage will need to be restored.  And the unpermitted ground-floor unit, which the owners of the building had managed as a rental through 2019 – at which point the tenants of the unit were evicted and San Francisco’s rent board suddenly became aware of the third unit’s illegality – will need to be removed, the plans for which have been drafted and are now working their way through Planning.