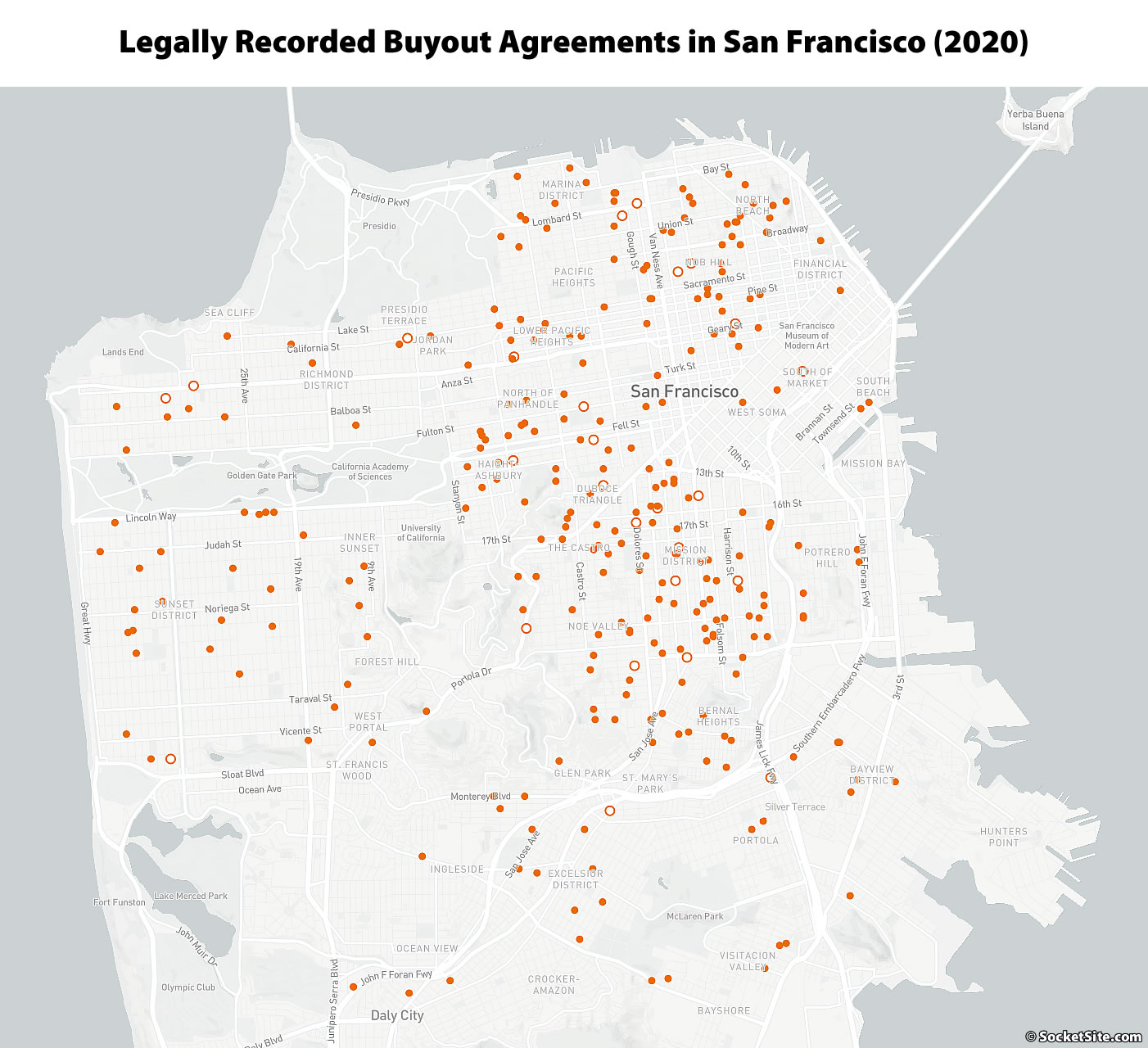 With a moratorium on evictions having been in place for most of last year, landlords in San Francisco inked a total of 333 legally recorded tenant buyout agreements, which was down from 365 inked agreements in 2019 and included a few deals which had been in the works since early 2016.

For the third year in a row, the Mission was the San Francisco neighborhood with the most inked buyout agreements (59), followed by Haight-Ashbury (28), Eureka Valley (24), the Tenderloin (22), and SoMa (19).

And while down from a record-setting deal that paid out $325,000 to a single tenant in North Beach in 2019, the highest reported buyout last year still totaled $248,975, an amount which was paid to the tenant of a little single-family home in Noe Valley “with possibilities.”

Bonus Plans for Another 238 Units of Group Housing