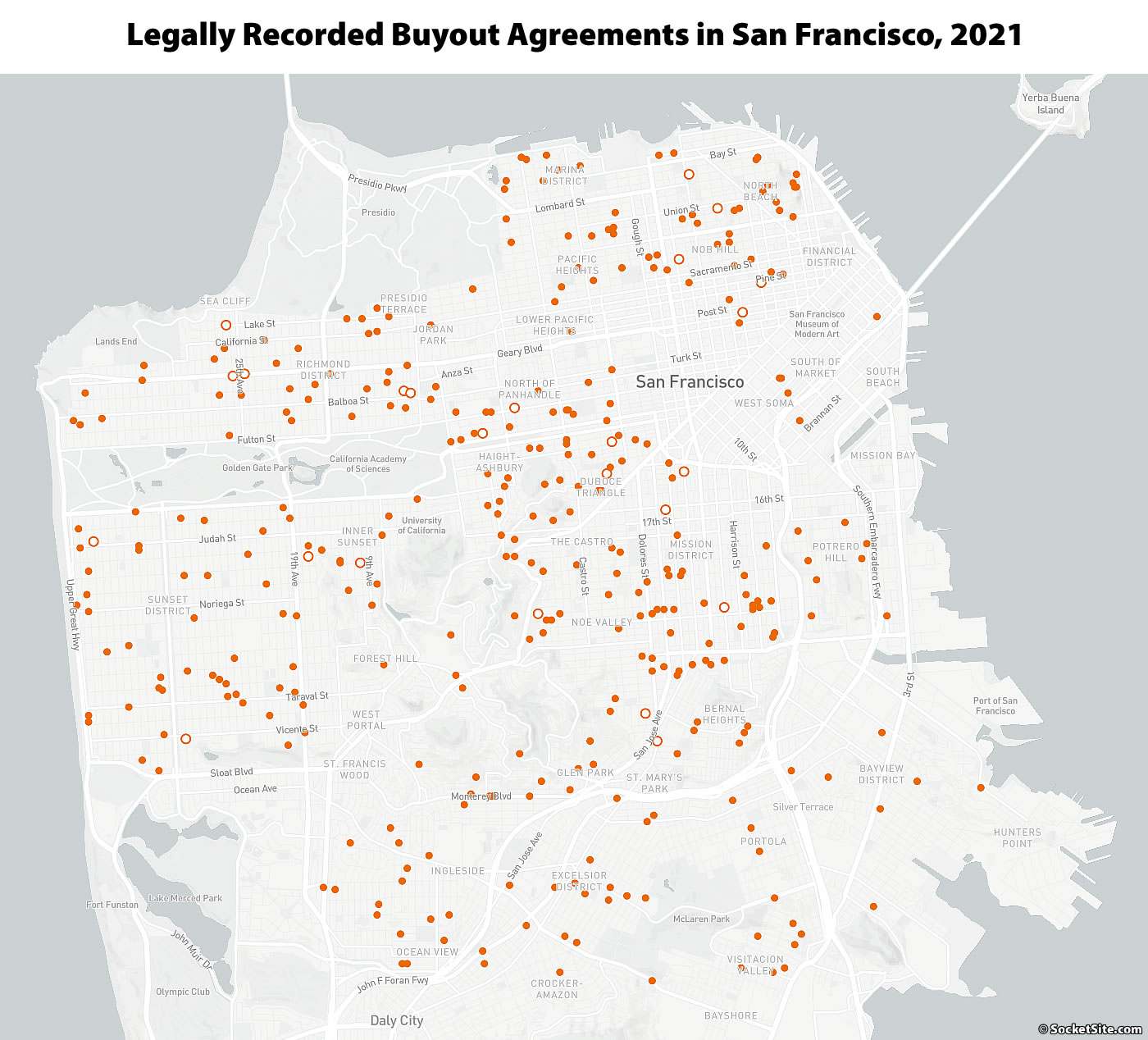 Landlords in San Francisco inked 391 legally recorded tenant buyout agreements last year, as mapped above, up from 333 agreements in 2020 and including a couple of deals which had been in the works since 2016.

According to our queries of the City’s database, the highest reported buyout agreement totaled $469,563 last year but was split between four tenants in a multi-family building in Presidio Heights. The largest payout per tenant was $225,000, with two tenants splitting $450,000 to vacate a Mission Terrace home which was then sold for $1.4 million (with an unwarranted lower level “space” that included a finished bedroom, bathroom, living room, kitchenette and private entrance). And the largest payout to a single tenant was for $200,000, to vacate one of the units in the Duboce Triangle Edwardian at 40-42 Sanchez Street which was then listed as a vacant three-unit building for $2.798 million and is now in contract.

Number of Homes on the Market in S.F. Up Another 10 Percent