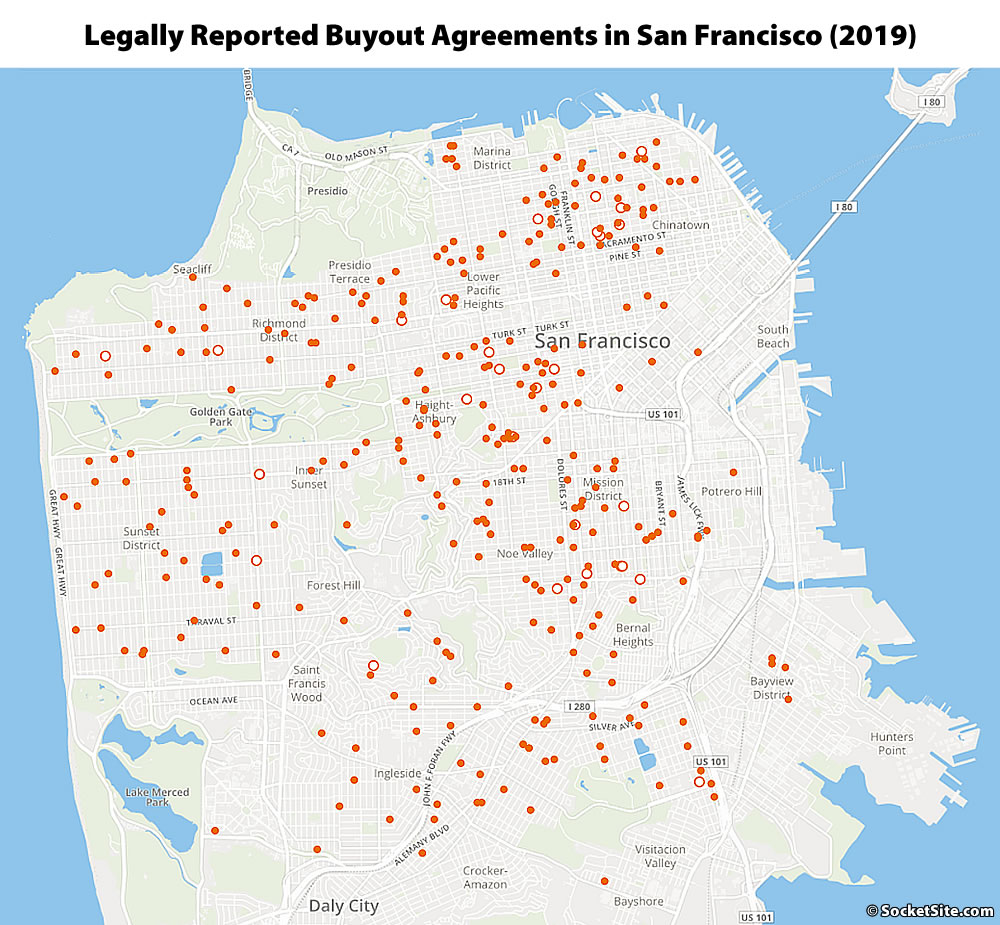 Landlords in San Francisco negotiated and inked a total of 365 legally reported buyout agreements with tenants last year, as mapped above, down slightly from 379 in 2018.

For the second year in a row, the Mission was the San Francisco neighborhood with the most reported buyouts (53), now followed by the Tenderloin (32), Haight-Ashbury (30), Western Addition (25) and the Inner Richmond (24).

But North Beach was the neighborhood with the highest reported buyout amount, a record-setting deal that paid out $325,000 to a single tenant who was occupying a one-bedroom apartment in a two-unit building on Green Street. That’s the highest payout for a tenant ever (legally) recorded in San Francisco.

Another Cut for the Fully Remodeled "Full House" Home