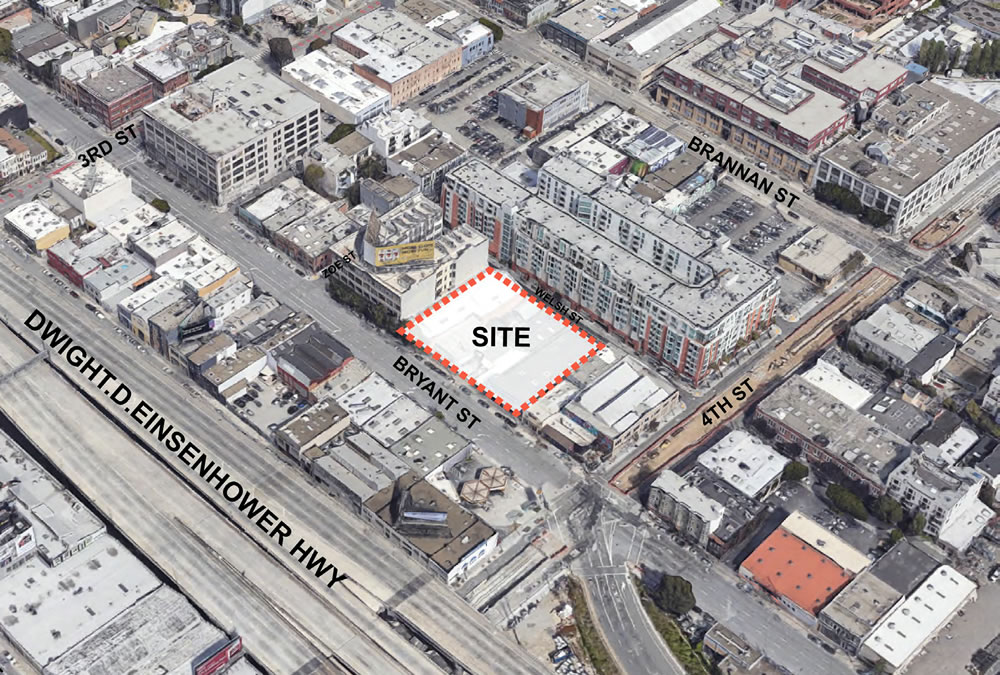 As we added this past October:

In fact, a seven-lot merger is now proposed. And as envisioned, a 503-unit, 16-story apartment building would rise up to 160 feet in height on the 555-585 Bryant Street site, along with roughly 9,000 square feet of replacement PDR space and a ground floor garage for 100 cars and 225 bikes, leveraging California’s Density Bonus Law for the additional height and to bypass the required residential open space, maximum lot coverage and mid-block pedestrian pathway requirements of San Francisco’s Planning Code, as roughly massed below: 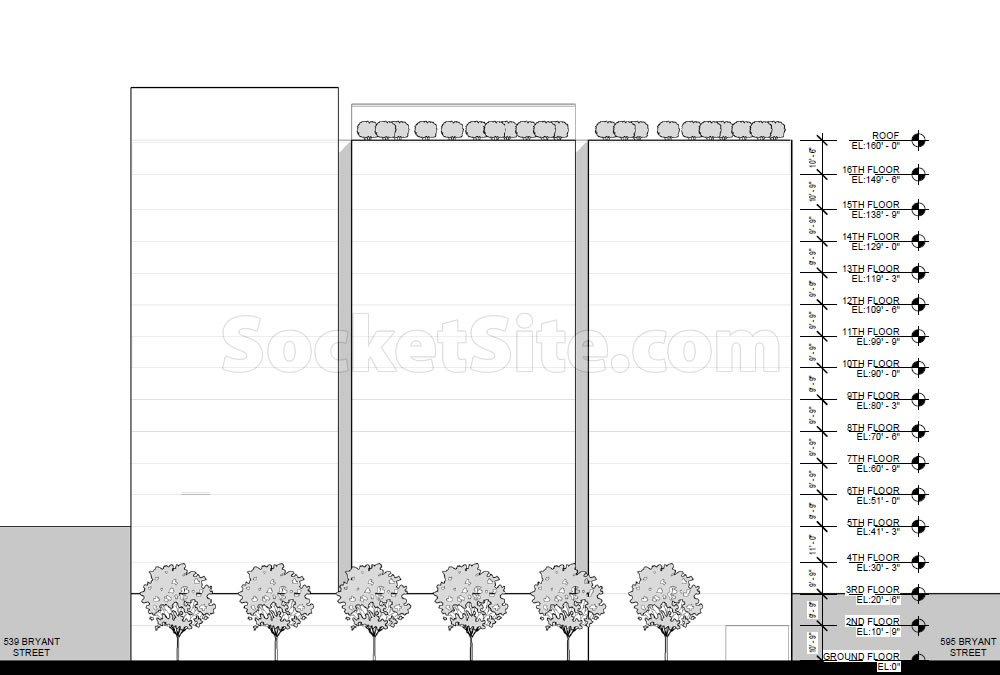 And from the City which has just completed its preliminary review of the bonus-sized development as proposed:

“As proposed, the project is generally consistent with the overarching objectives of the [Central SoMa Area] Plan, however, the proposed project is not fully consistent with key policies related to Goal 8 of the Plan: Ensure that New Buildings Enhance the Character of the Neighborhood and the City.”

“The historically industrial neighborhood is characterized by older industrial buildings with frame and infill construction in stucco or brick with some Victorian mixed-use buildings. Newer housing developments often draw upon these industrial elements in their design as is consistent with the Central SOMA plan recommendations. The site will have excellent transit options with the completion of the Central Subway on 4th Street while pedestrian and Cycling streetscape characteristics are currently poor with five lanes of one-way traffic, narrow sidewalks, minimal street trees, and numerous curb cuts. Improving these qualities in the proposal will benefit the neighborhood and project.”

As such, Planning is recommending that the project’s design team draws from nearby examples to inform the building’s final massing/modulation, with “a balance between vertical piers and large horizontal windows,” finds “opportunities to increase sidewalk width and [the] public realm including setting back building at the ground floor,” and considers “reconfiguring plan to introduce a mid-block pedestrian pathway with ground floor residential entries to enliven the pedestrian realm and walkability of the project/ neighborhood.”

But once again, the project team is actively seeking to bypass the required residential open space, maximum lot coverage and mid-block pedestrian pathway requirements of San Francisco’s Planning Code for the project by way of California’s Density Bonus Law.  We’ll keep you posted and plugged-in.