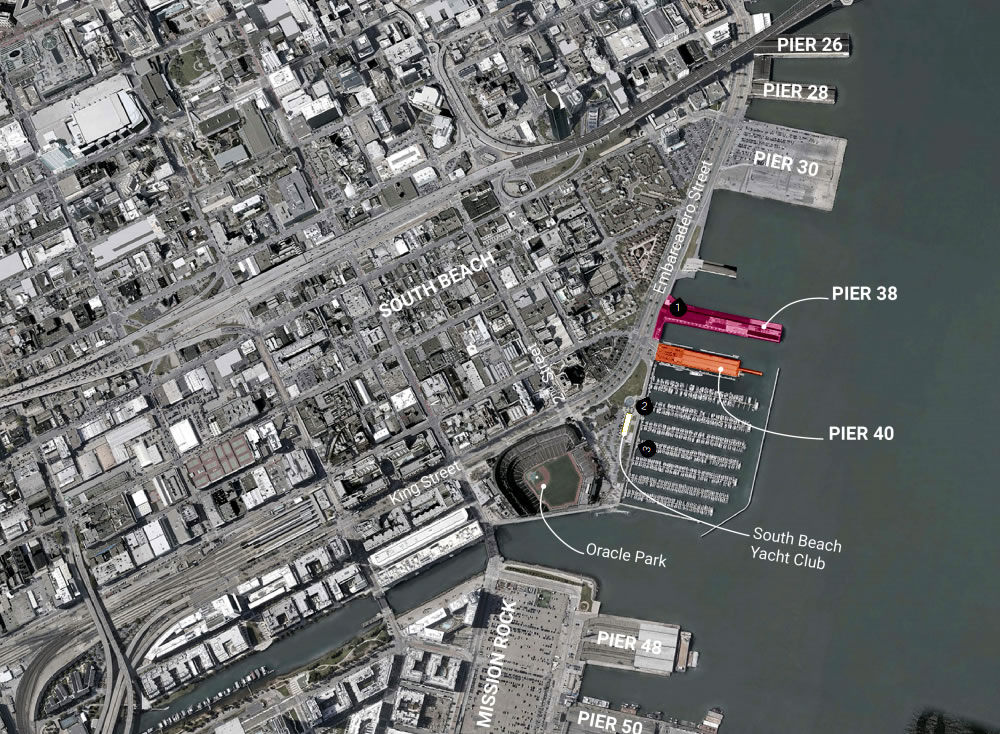 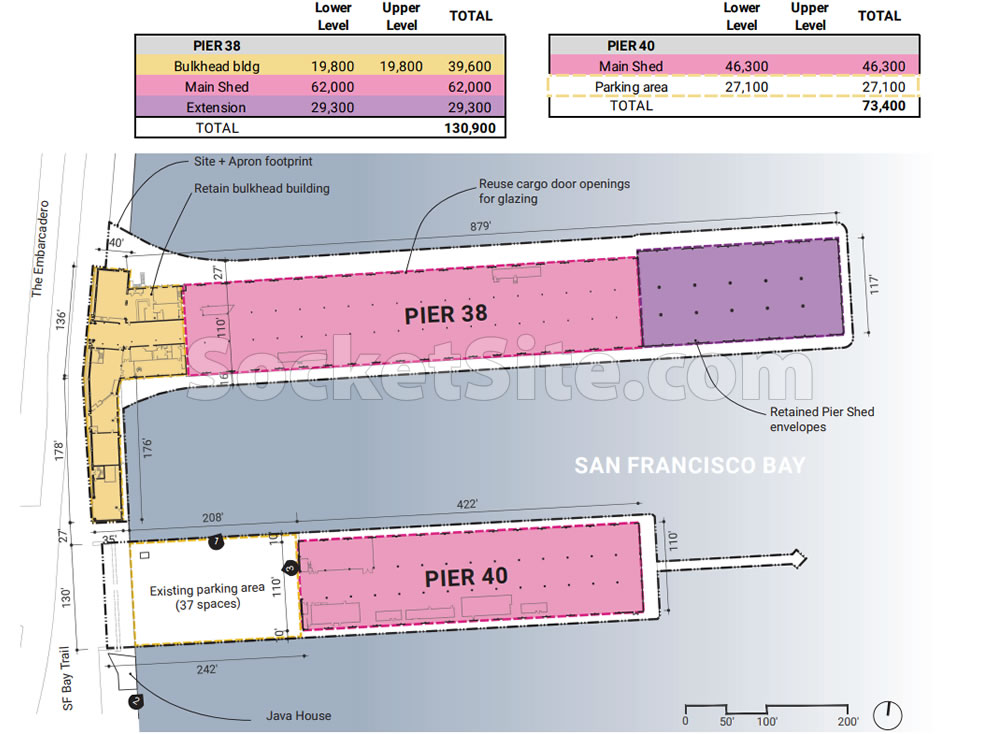 The Port of San Francisco is now officially soliciting proposals from teams interested in redeveloping Piers 38 and 40 along the Embarcadero.

While plans for Pier 38 had been drawn nearly a decade ago, said plans were subsequently abandoned due to the poor seismic condition of San Francisco’s seawall (which runs directly under the bulkhead building of the pier) and resulted in the project being deemed “financially infeasible.”

In addition to seismic considerations, proposals for the two piers, which total over 200,000 square feet of space, will need to comply with Secretary of Interior’s Standards for the Embarcadero Historic District, which will include preserving the majority of the existing buildings’ volumes and character defining features. But a new structure could potentially be built on the 20,000 square foot parking lot portion of Pier 40 which fronts the Embarcadero. 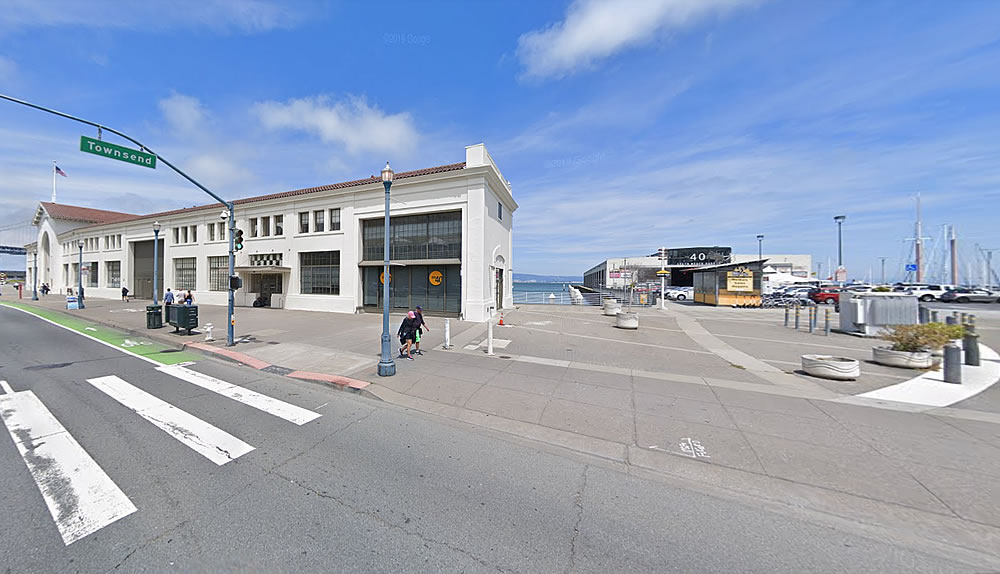 While the Port is seeking a “vibrant, financially feasible, [and] mixed-use program for the piers,” keep in mind that neither residential nor hotel uses are (currently) allowed.

And yes, an RFP for the redevelopment of Piers 30-32, as well as Seawall Lot 330, upon which the Embarcadero Navigation Center was constructed, is in the works as well.

Timing for Approved Tower About to Be Pushed Back