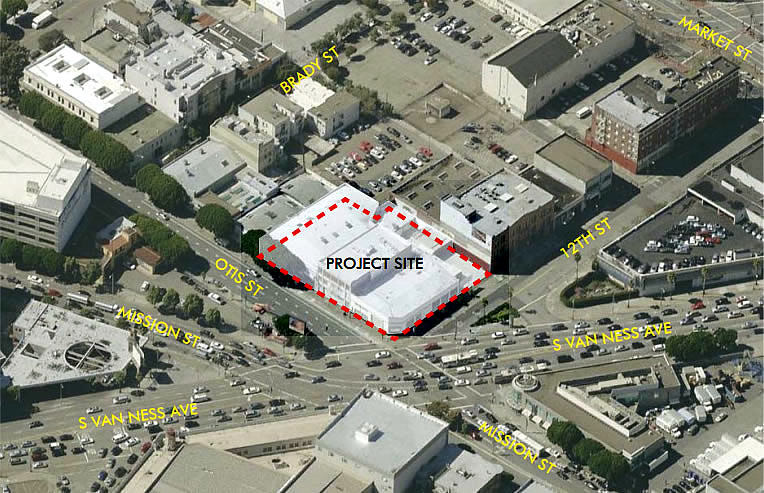 As we first reported earlier this year and has been newly rendered below: 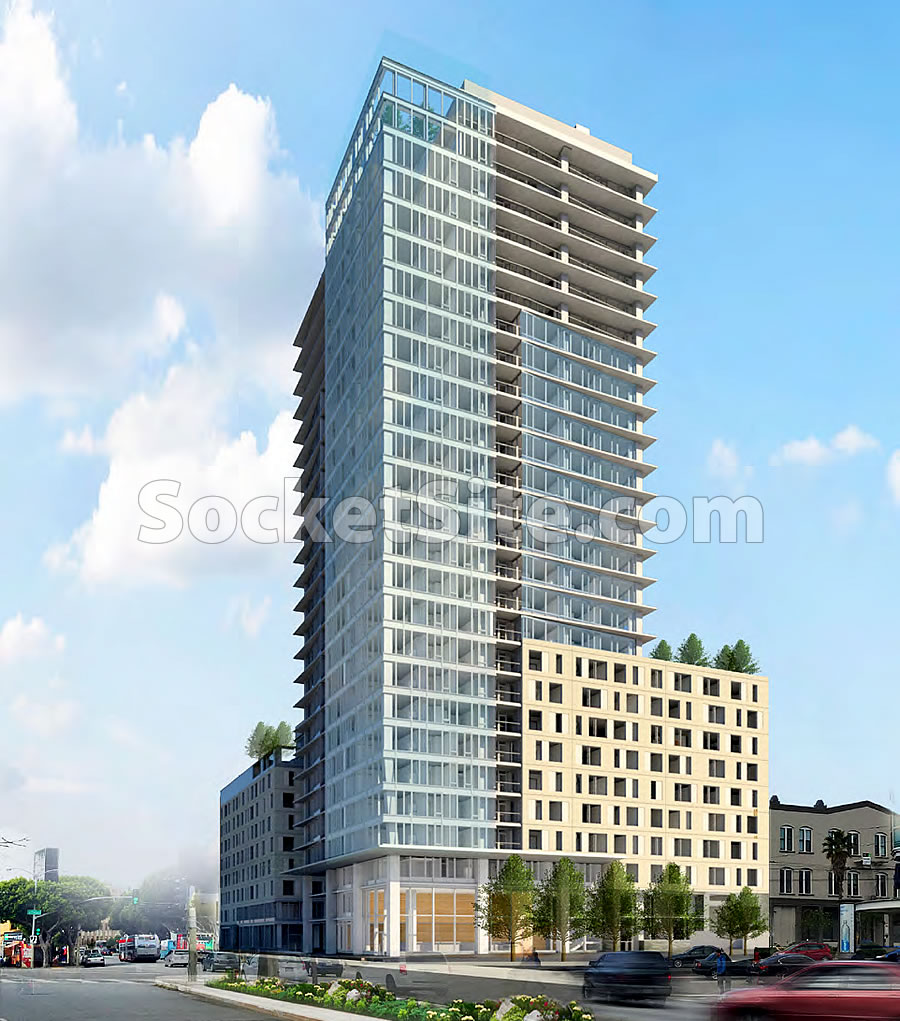 The Draft Environmental Impact Report (DEIR) for the proposed tower, which has identified a number of “significant impacts associated with historic architectural resources, transportation impacts during construction, and cumulative wind conditions that are peculiar to the project site and that were not identified in the Programmatic Environmental Impact Report (PEIR) for the Market and Octavia Area Plan (Market and Octavia PEIR),” is now available for review.

And a public hearing to receive comments on the draft report has been scheduled for July 19.