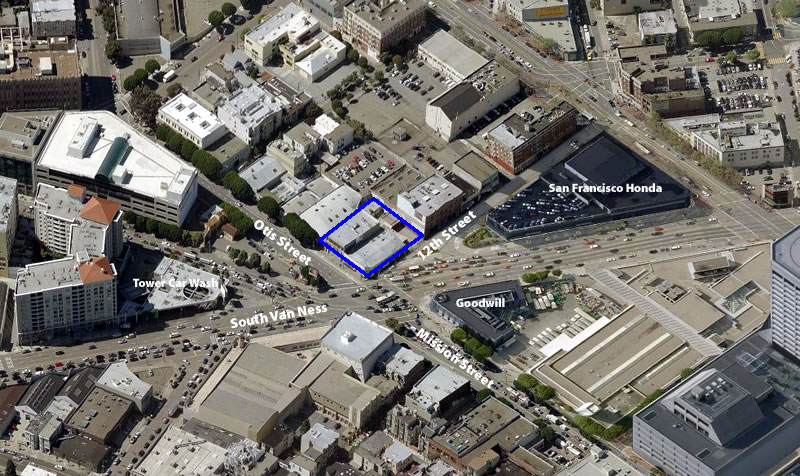 Zoned for a tower to rise up to 250 feet in height and the development of high-density residential, offices, retail or a hotel, the three corner parcels at the intersection of Otis and 12th Streets, including the two-story A&M Carpets building at 98 12th Street and the three-story building at 14 Otis next door, have just hit the market.

Plans for developing the site have yet to be drafted or filed with the city, but with plans to develop the Tower Car Wash site to the south, the Goodwill site to the east, and the Honda site to the north in the works, the offering touts opportunity and a rapidly expanding “Mid-Market” local.

A Master Bathroom Suite That Lives Up To Its Billing