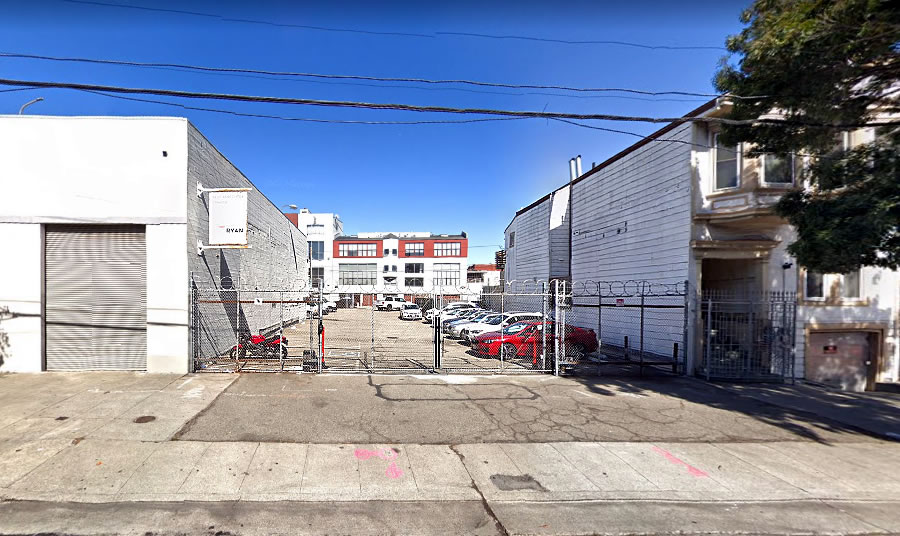 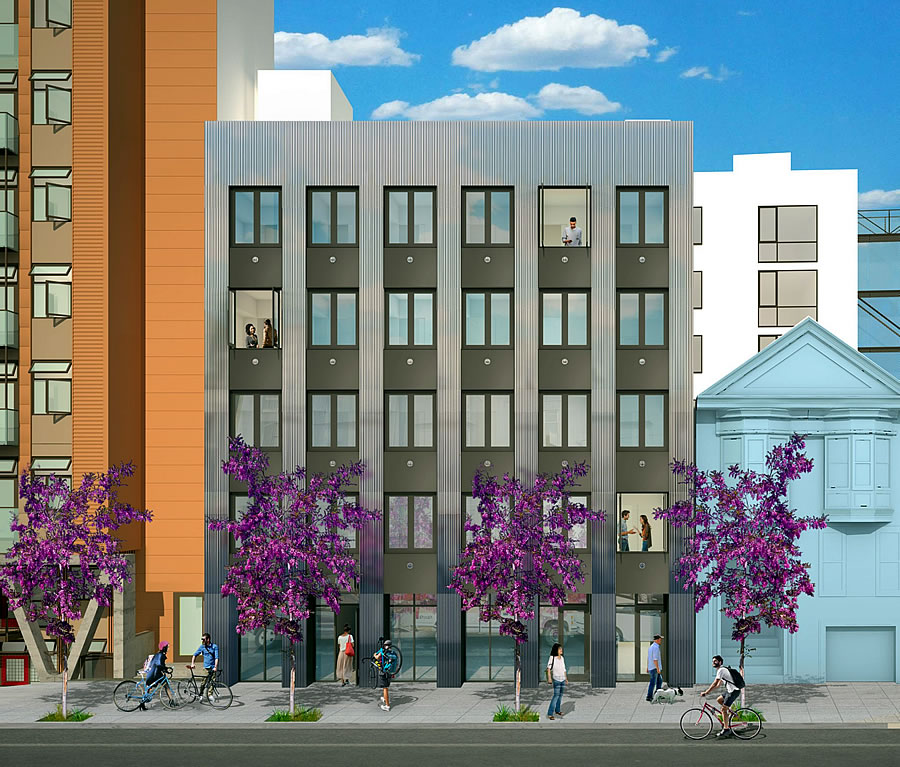 While zoned for development up to 55 feet in height, as rendered above, Panoramic Interests is planning to leverage the State’s density bonus program to add a sixth story to the development which would then rise to a height of 66 feet.

And as envisioned, the “Folsom Flats” project would consist of 50 units of “group housing” which would average 178 square feet apiece.

And per the terms of the State’s density bonus program, three (3) of the units would be offered at below market rates (BMR) to individuals making no more than 50 percent of the Area Median Income (AMI).