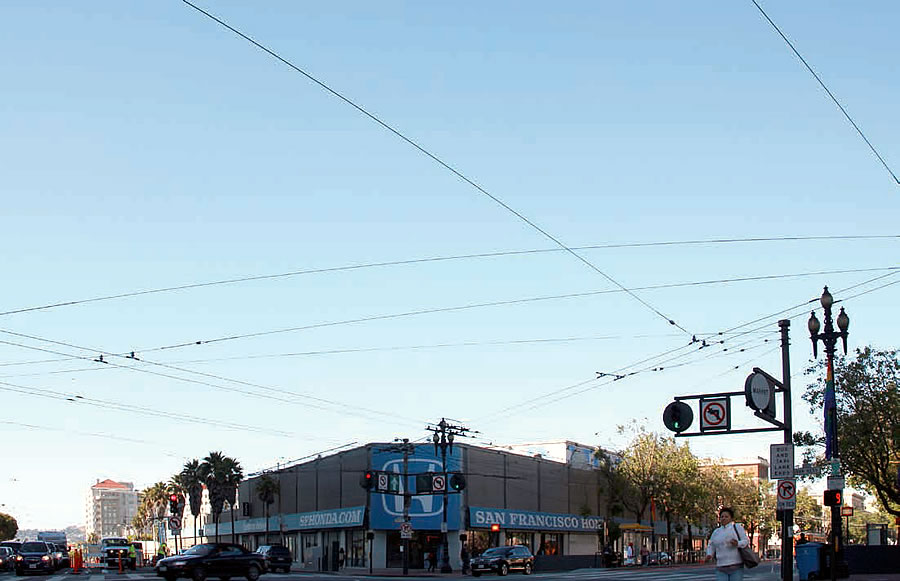 The plans for a pair of 41-story towers to rise up to 420 feet in height upon the San Francisco Honda site, on the southwest corner of Market Street and South Van Ness Avenue, have been further refined and the project’s Draft Environmental Impact Report (EIR) is now expected to be released “in early 2018.”

Once again, the proposed plans for the 10 South Van Ness project include up to 984 dwelling units over 30,000 square feet of ground floor retail space and a garage for 518 cars and 397 bikes. 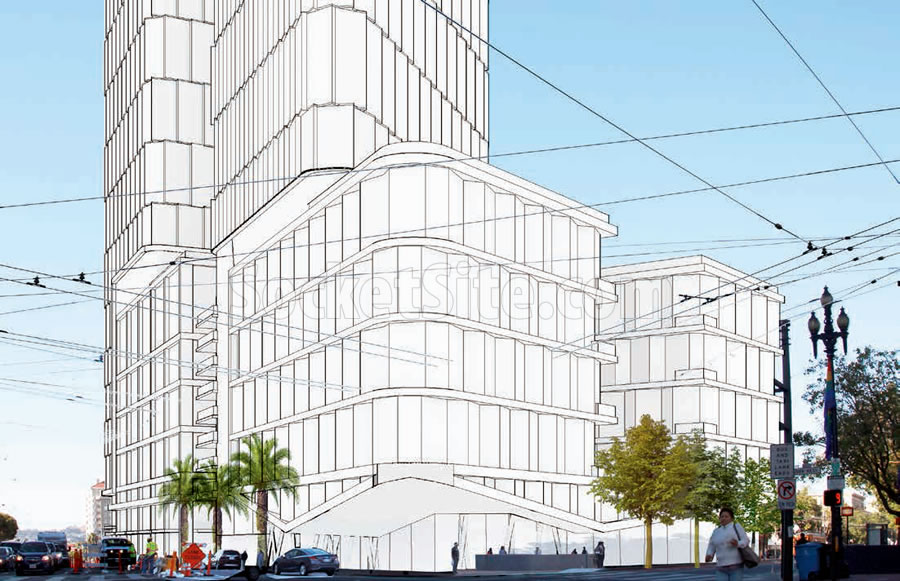 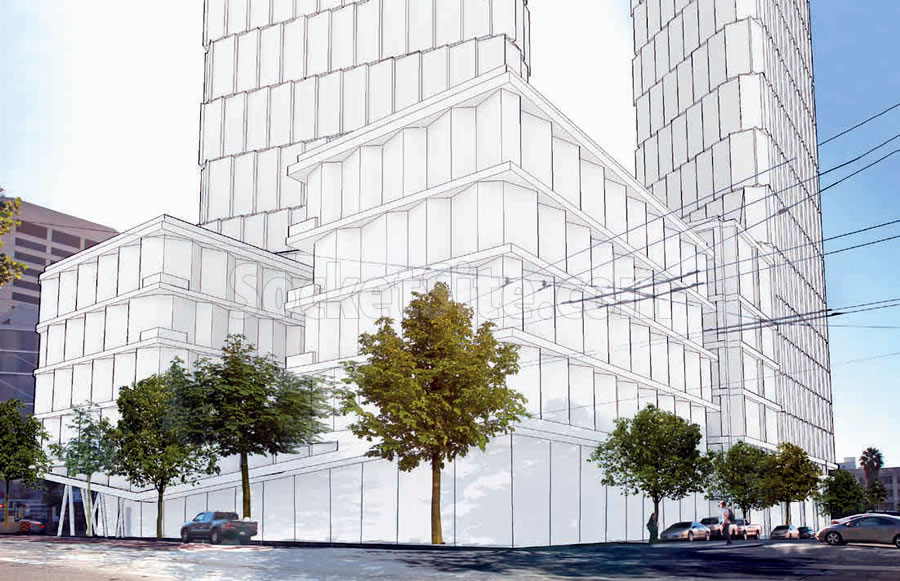 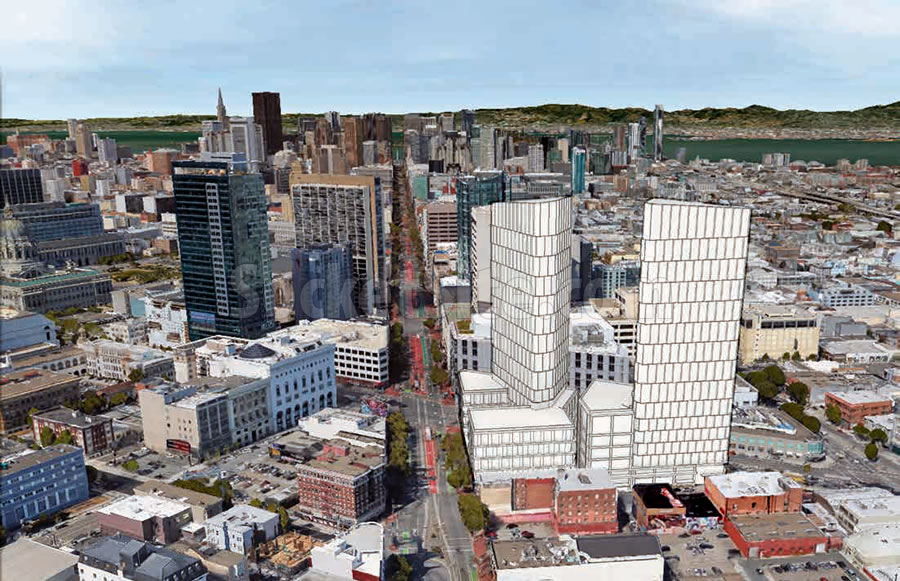 And should the current height limit for the Hub District site be increased to 600 feet, the project team has also drafted plans for a single 55-story tower to rise up to 610-feet at 10 South Van Ness, a design which would yield the same number of (slightly larger) residential units, retail space and parking as the two-tower plan above. 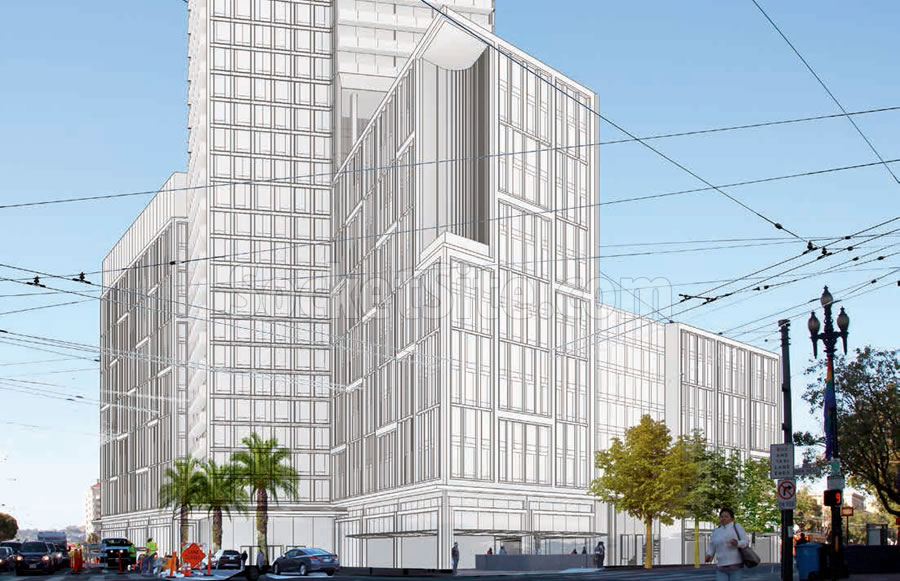 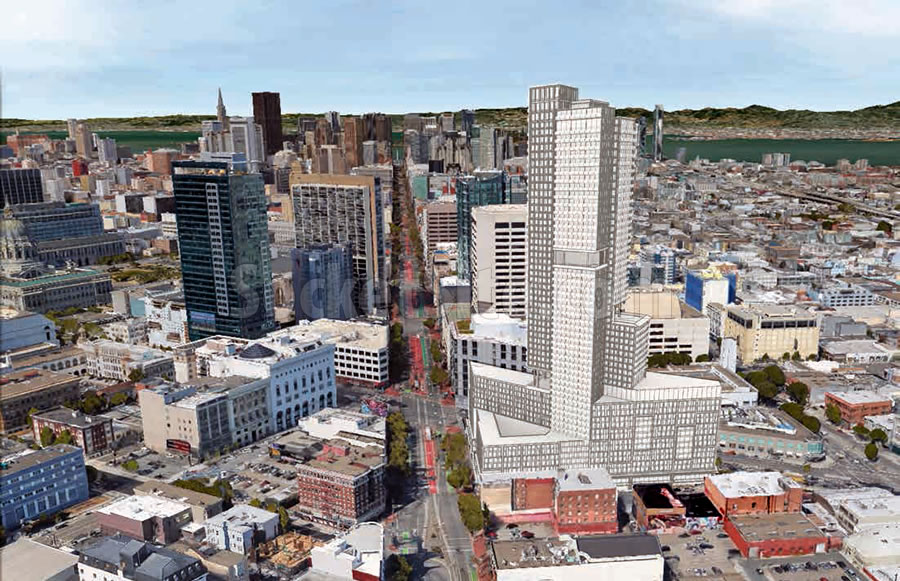