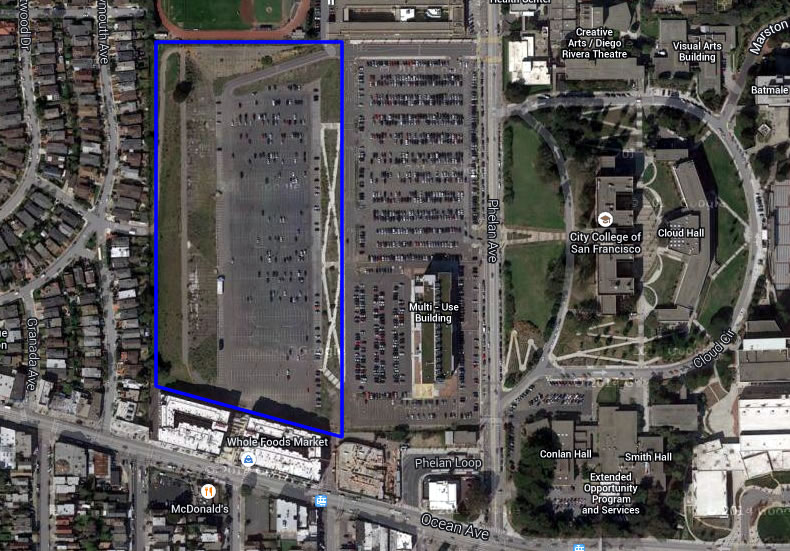 Of the nine teams that submitted their qualifications for redeveloping the western 17 acres of the Balboa Reservoir site, which is currently a 1,000-space parking lot under the jurisdiction of the San Francisco Public Utilities Commission, the following three have been selected as the finalists and will be allowed to respond to the City’s formal Request for Proposals:

The six teams which were eliminated:

Currently designated for “Public” use with a height limit of 40 feet, the site will need to be re-zoned.

And based on years of community input and planning, the rough parameters and expectations for the site call for building heights of 25 to 65 feet, with at least 50% of all proposed housing to be designated as permanently affordable to households with incomes of 55 to 150 percent of the Area Median and 4 acres of new parks and open space.

The proposals from the finalists are due on June 2, 2017, with public presentations to follow.