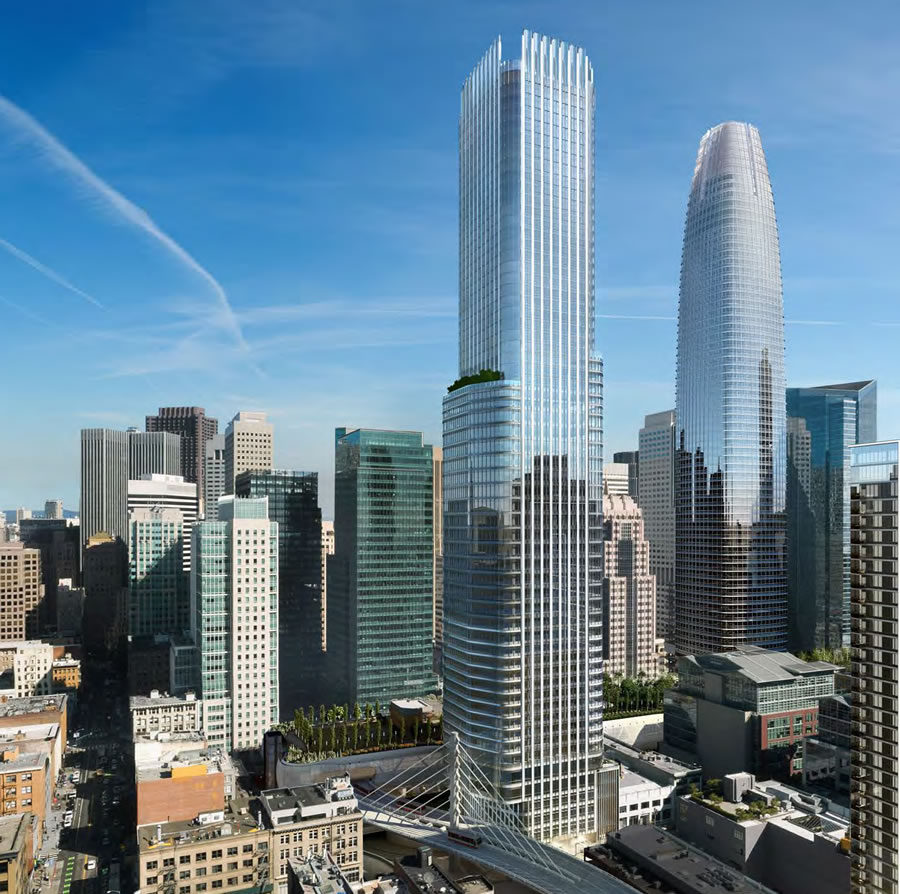 The proposed 64-story tower to rise at 550 Howard Street, on Transbay Parcel F, would reach a height of 806 feet as proposed, making it the fourth tallest tower in San Francisco, behind the Salesforce/Transbay Tower, the future Oceanwide tower at 50 First Street, and San Francisco’s iconic Transamerica Pyramid building.

As designed by Pelli Clark Pelli with HKS for the “F4” development team, 200 condos would be spread across the top 27 floors of the 550 Howard Street tower, with 16 floors (287,000 square feet) of office space and a 250-room hotel below.

The building’s office and residential lobbies, along with a passageway and café space, would front Howard. 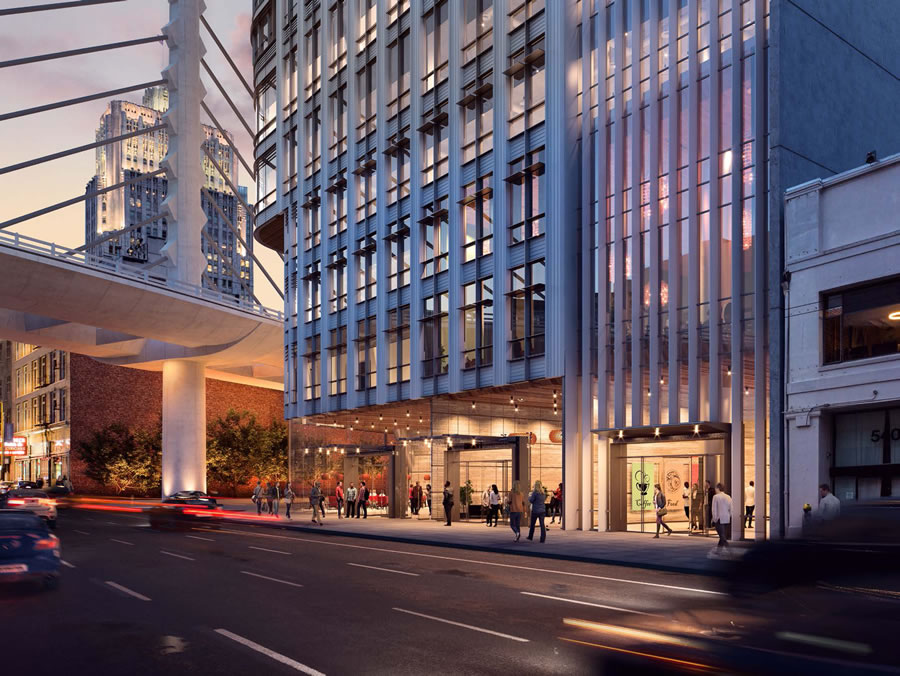 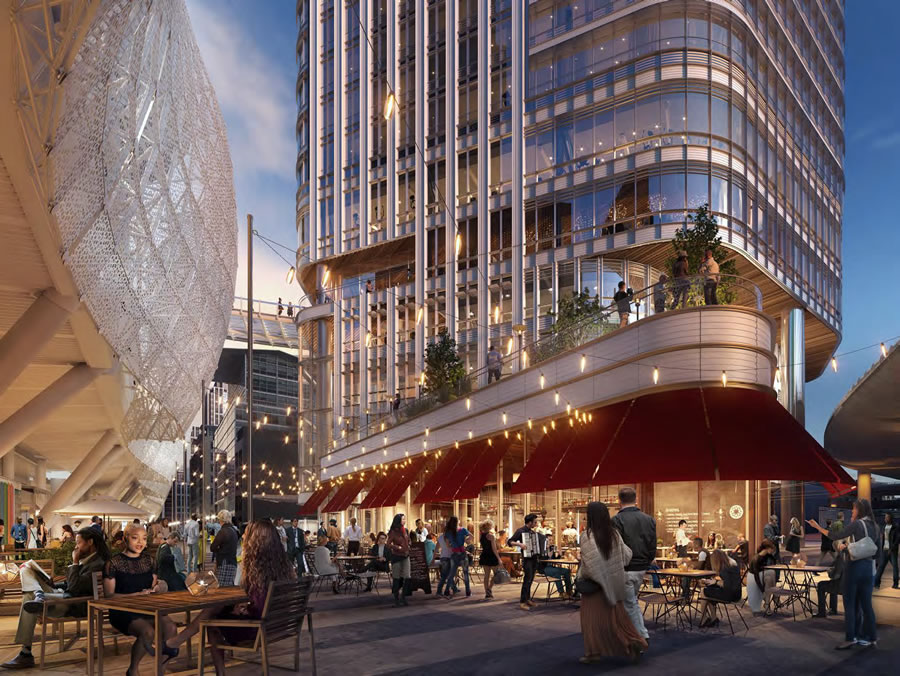 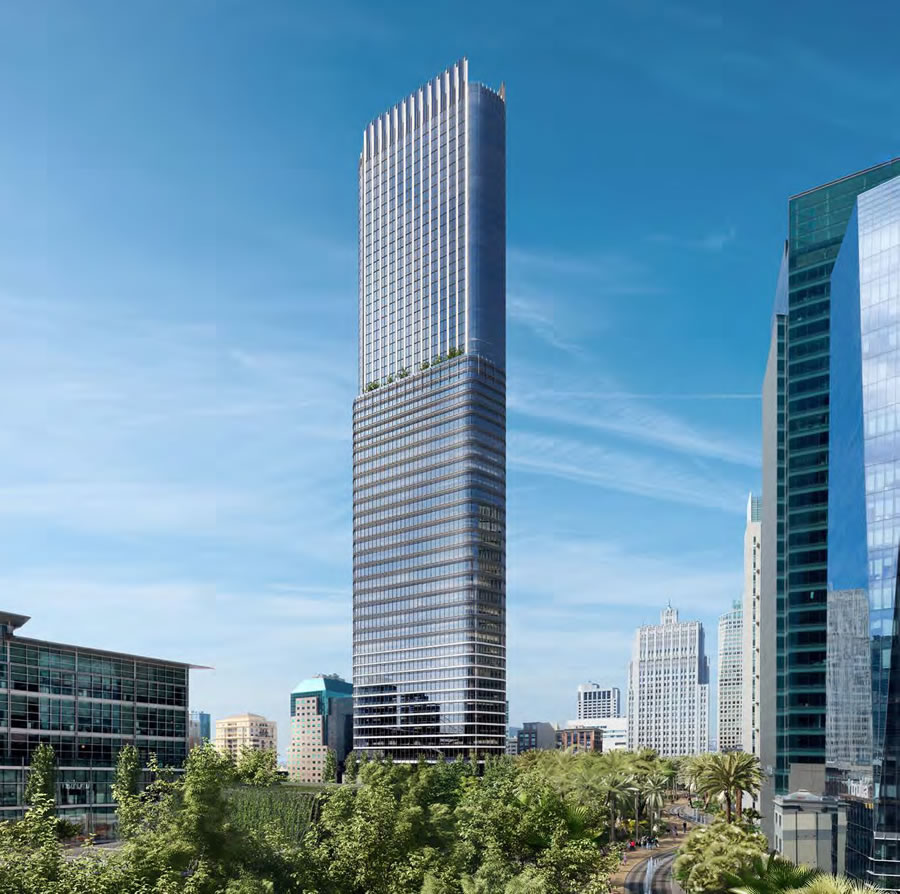 We’ll keep you posted and plugged-in as the design and approvals for 550 Howard progress.