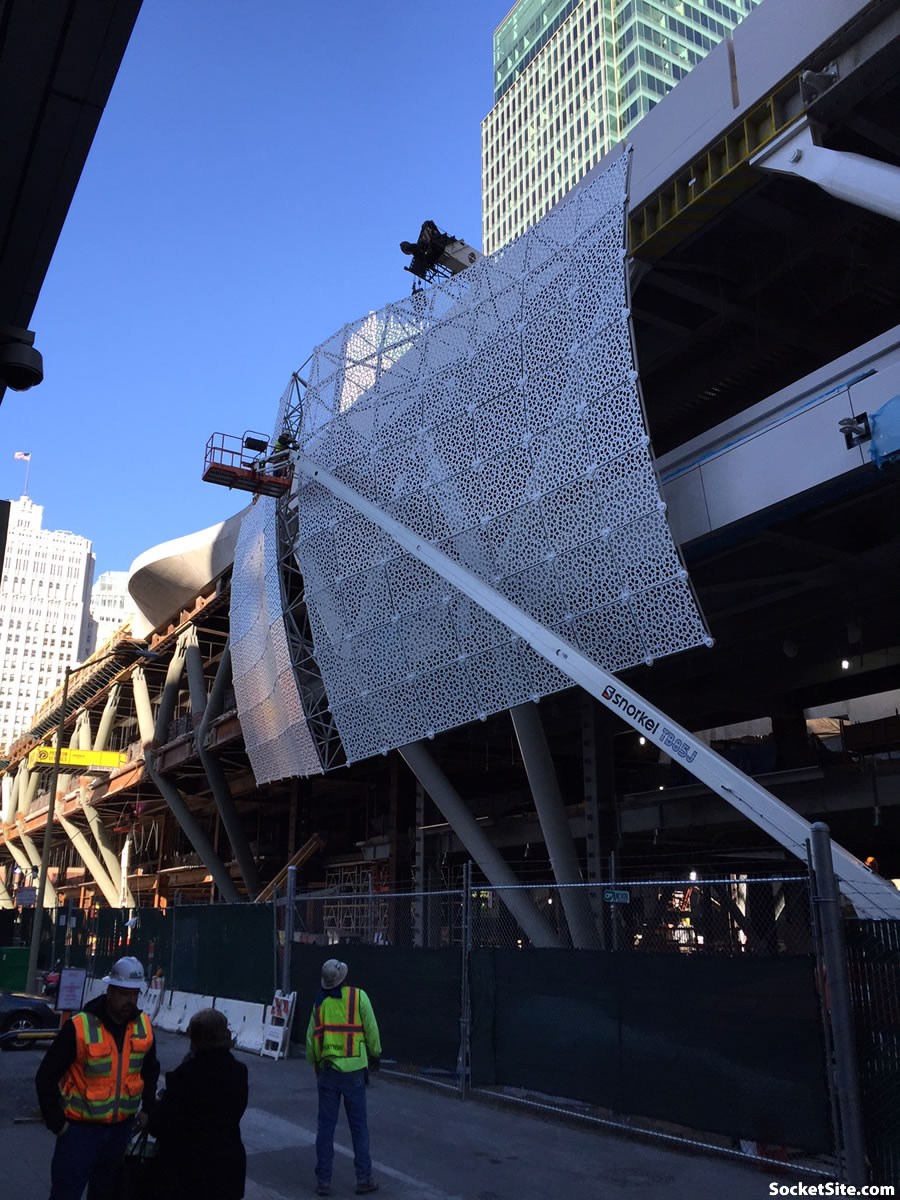 A plugged-in reader provides the first peek at the perforated aluminum skin being installed for San Francisco’s Transbay Transit Center which is slated to open in 2017, assuming an emergency $260 million bailout loan keeps the construction crews employed this summer.

Originally designed to be glass, the switch to an aluminum skin back in 2013 shaved an estimated $17 million from the Transit Center’s current $2.2 billion budget, which is now a billion more than was budgeted for the first phase of the project when it was approved back in 2007.

The $2.2 billion budget doesn’t include the unfunded second phase of the project, the extension of rail for Caltrain and High Speed Rail from Fourth and Townsend which will cost another $2.5 billion based on current estimates.