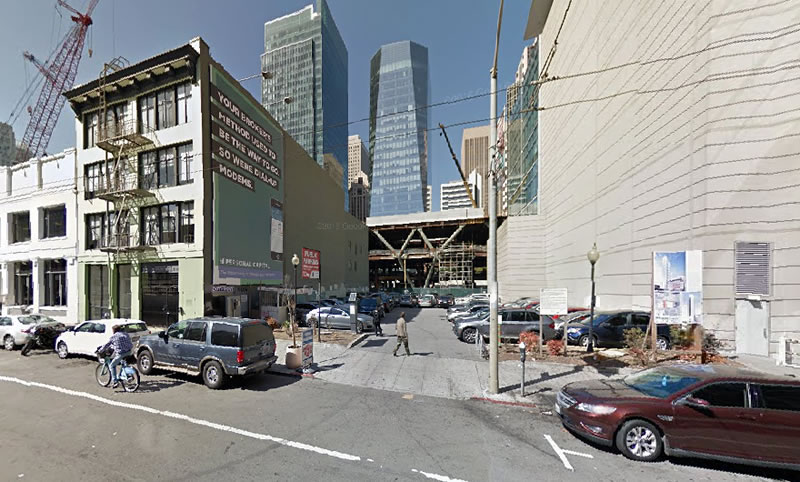 Speaking of skinny project sites, the plans for a 48-story, residential tower rising up to 515 feet in height at 524 Howard Street have been newly rendered, granted an exemption from having to complete a resource intensive environmental impact report, and are slated to be approved by San Francisco’s Planning Commission tomorrow afternoon. 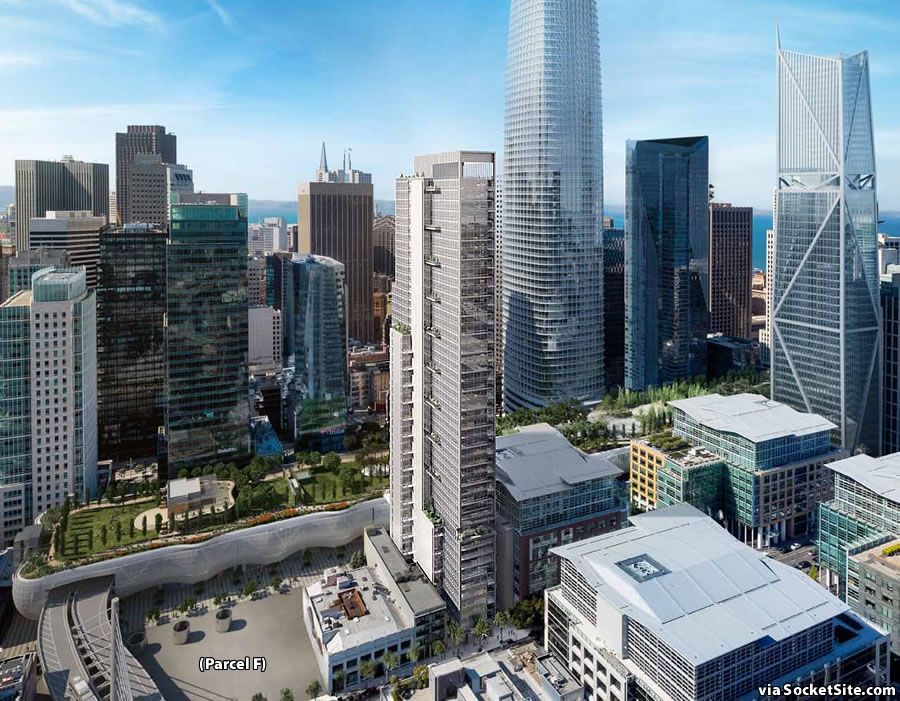 As designed by Handel Architects for Crescent Heights, the proposed Transbay District tower would include 334 condos over stacked parking for 167 cars and 3,900 square feet of retail space, of which 1,150 square feet would front Howard Street on the ground floor. 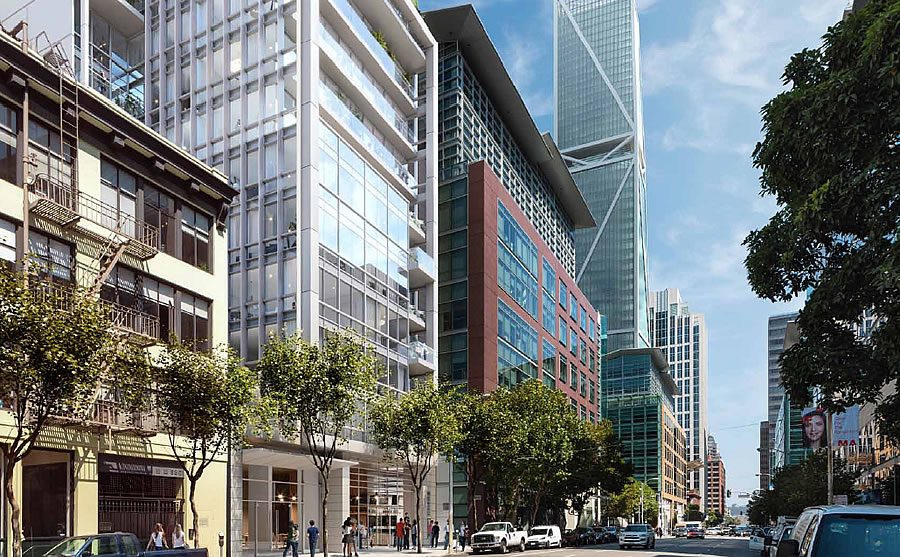 The remaining retail space would be located on the seventh floor, connected to the future Transbay Park via a pedestrian bridge over Natoma Street as envisioned, as would be the proposed tower to rise up to 806 feet in height at 546 Howard Street upon Transbay Parcel F. 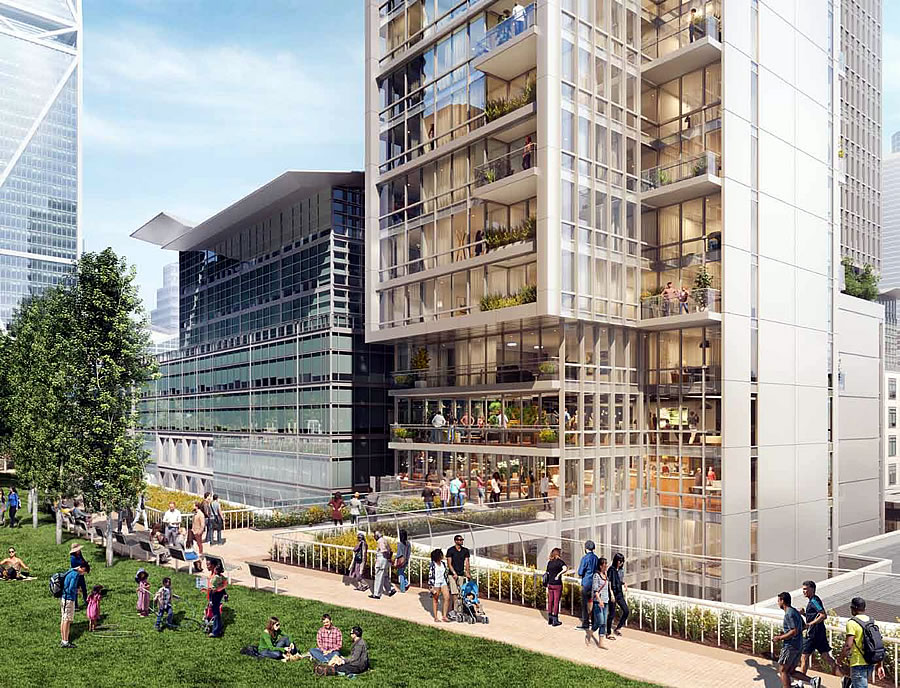 First approved for development over 25 years ago, Crescent Heights has been touting “Coming Soon” with respect to their plans for the 524 Howard Street tower since 2013 and recently secured approval for the existing parking lot on the site to operate for up to another two years.

Keep in mind that Crescent Heights is also seeking approval for a possible variant to the development as proposed, a variant which would yield 72 condos over a 273-room hotel and parking for 54 cars on the 524 Howard Street site, depending upon how the market and timing play out.

And with respect to the foundation upon which the tower would be built, the project team is currently proposing the use of “pre-drilled and press-in piles, drilled and cast-in-place piers, or rectangular-profile load bearing elements” rather than impact-driven piles down to the bedrock below.