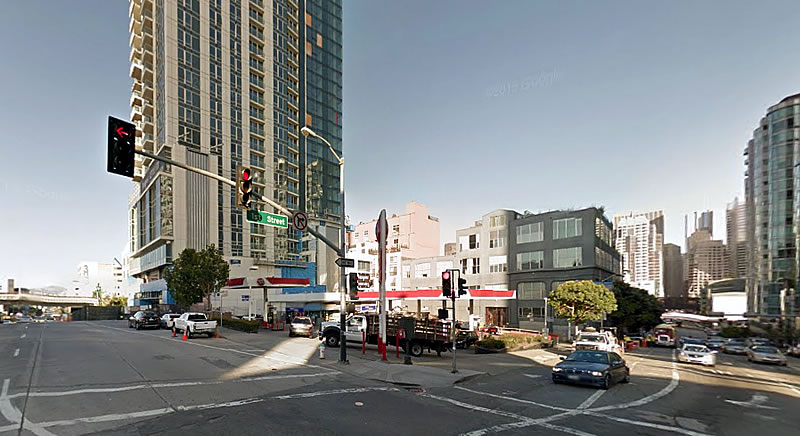 Facing pushback from the development team behind Jasper, which recently rose on the 45 Lansing Street parcel next door, as well as the 50 Lansing Street Homeowners Association (which raised a myriad of concerns, including its “design compatibility with the neighborhood”), the proposed 14-story development to rise on the northwest corner of First and Harrison, a prominent Rincon Hill parcel currently occupied by a Union 76 gas station, has been redesigned: 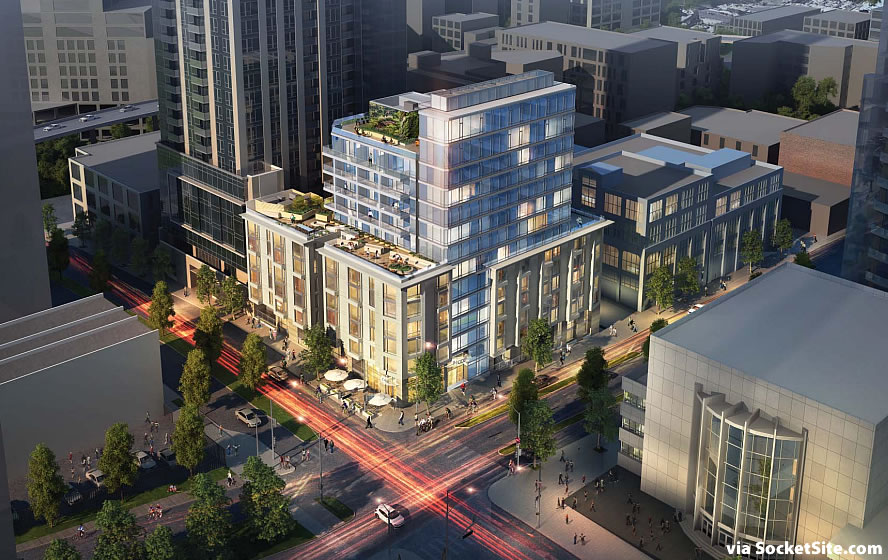 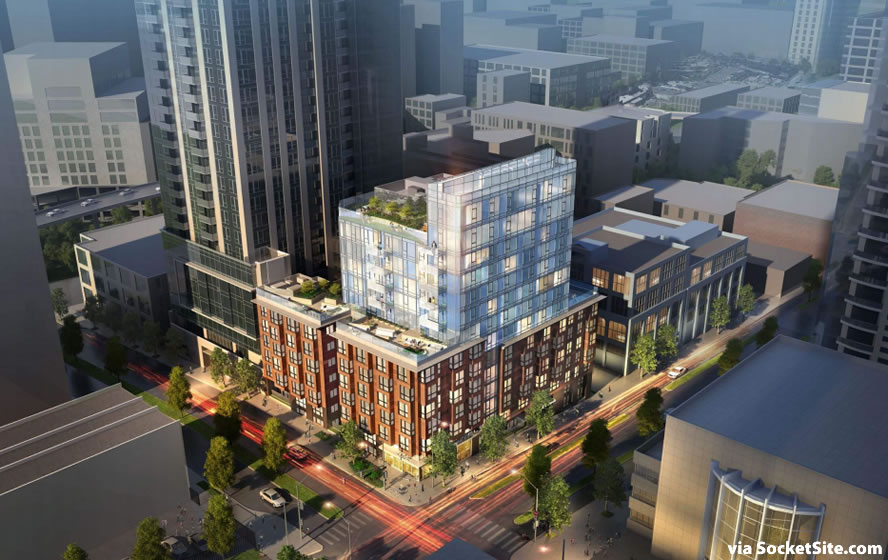 The proposed tower’s window wall has been extended to the ground to frame the building’s main entrance; the brick base is gone, changed to a light colored precast concrete material “in recognition of the Sailor’s Union of the Pacific building” across 1st Street; a reinforced cornice line has been added to the top of the building’s podium; and the corner café space has been increased from 348 to 610 square feet. 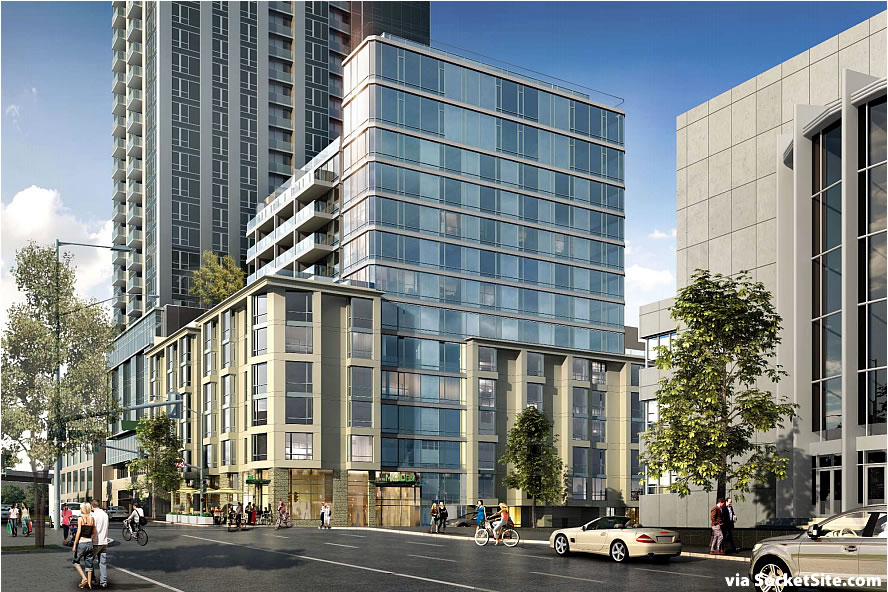 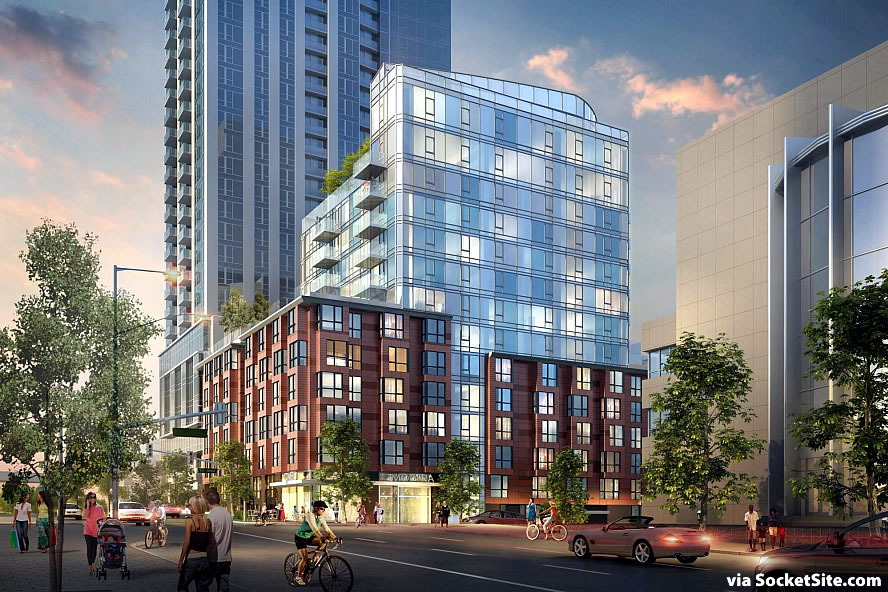 In addition, the development now includes a 30-foot long passenger loading zone along 1st Street, “to accommodate taxi or ridesharing pickup/drop-offs and small deliveries” and “minimize potential traffic impacts related to the location of the [92-car] garage entrance/exit” on First.

And with San Francisco’s Planning Department (once again) recommending the 180-unit development dubbed “Modera” be approved, the City’s Planning Commission, which actually formed its own working group to participate in the project’s redesign, could approve the redevelopment of 390 1st Street next week.