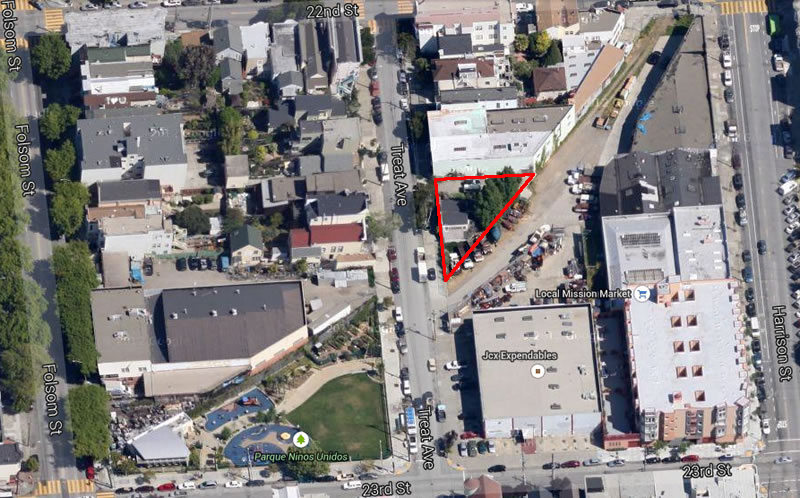 The modern concept design for the Mission District parcel at 953 Treat Avenue has been kicked to curb, but Winder Gibson Architects is working on plans for a residential building to rise up to four-stories on the triangular site which borders the old Southern Pacific Railroad Right of Way and is across from Parque Ninos Unidos.

As newly envisioned and formally submitted to planning, the existing 700-square-foot home on the southern half of the parcel would be razed, an underground garage for four cars would be dug, and nine condos, “with an emphasis on larger family-friendly 2-bedroom and 3-bedrooms units,” would be constructed across the site. 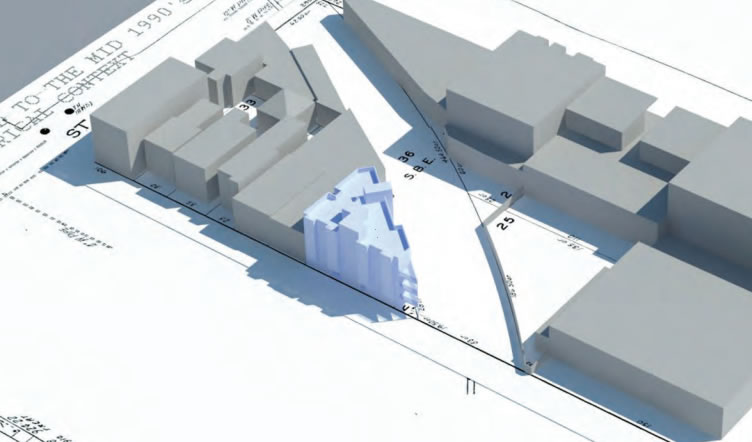 The Treat Street parcel, which also sits across from a proposed 115-unit development we first revealed as well, was purchased for $1.9 million in March.  And by proposing to build fewer than ten units upon the site, the project would not need to include an inclusionary housing (BMR) component.