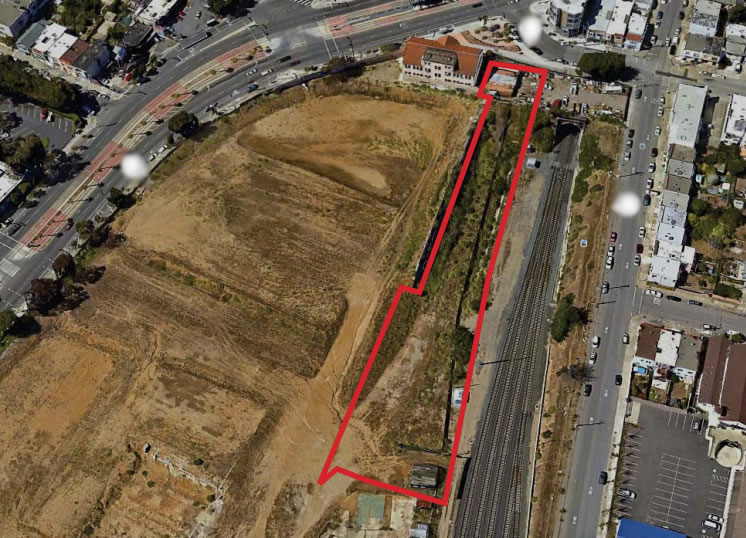 Martin Building Company has been working on plans to squeeze over 200 new apartments and 150 parking spaces on the sliver of Visitacion Valley land that sits between the massive redevelopment of the Schlage Lock factory site and the Bayshore Caltrain station and tracks to the east.

The site, which was part of an old Union Pacific Railroad right of way, will need to need to be rezoned from Light Industrial to Mixed Use, and from 40-feet up to 68-feet in height, in order to proceed as proposed, a rezoning which would be consistent with the approved rezoning for the Schlage project.

And at the northern end of the site, fronting Blanken Avenue and the exiting Blanken Plaza, a new “Blanken Park” is proposed to be planted over the railroad tunnel.