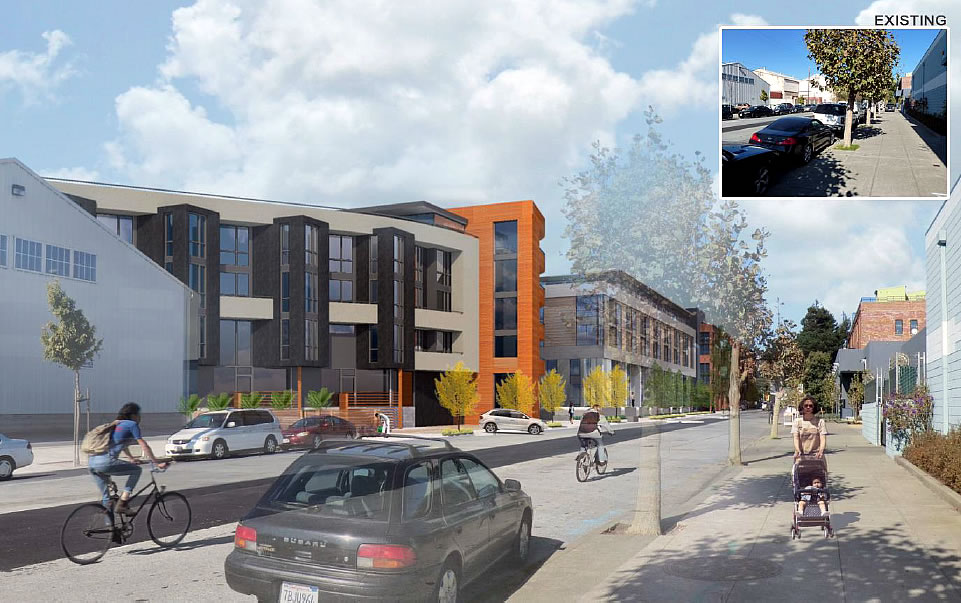 With relatively few comments or challenges, the Environmental Impact Report for AvalonBay’s proposed development of 338 apartments to rise at 800 Indiana Street, in Dogpatch on the 2.5-acre parcel upon which the San Francisco Opera’s warehouse currently stands, is slated to be certified by San Francisco’s Planning Commission this week.

A subterranean parking garage would provide parking for up to 230 cars and at least 177 bikes.  And in addition to a whole host of proposed streetscape improvements along Indiana, there’s the potential for a new public dog park along 20th, and a dog wash for residents, as well.

Construction on the $92 million 800 Indiana Street project is currently slated to commence in June of 2015 and finish around September of 2017, assuming no major delays.