Has The Fat Lady Sung For The Opera’s Warehouse At 800 Indiana? 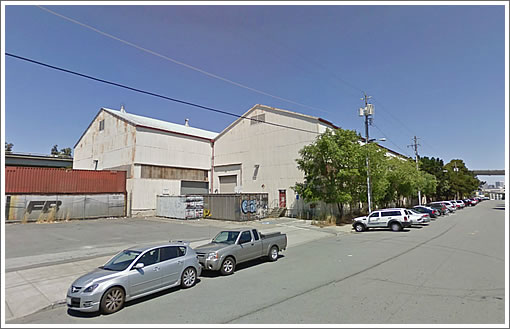 Contingent upon City approvals to develop the site, the San Francisco Opera has agreed to sell its set-construction warehouse at 800 Indiana Street to Archstone which has filed an application to build 350 units of housing on the site.

The opera’s building at 800 Indiana is a long, skinny parcel that stretches the length of two blocks between 20th and 22nd streets. Plans call for the property to be sliced in half, creating an “on-grade east-west plaza” where 21st Street would be if it didn’t dead-end 14 blocks to the west at San Francisco General Hospital.

The frontage of the complex would be further broken up by a series of courtyards. The five bottle-shaped courtyards are generally 50 feet wide, narrowing to 25 feet at the entrance.

Archstone has asked to build parking for 263 cars (and 350 bikes) and residents of Esprit Park should recognize the parcel as it runs the length of the development to the west. 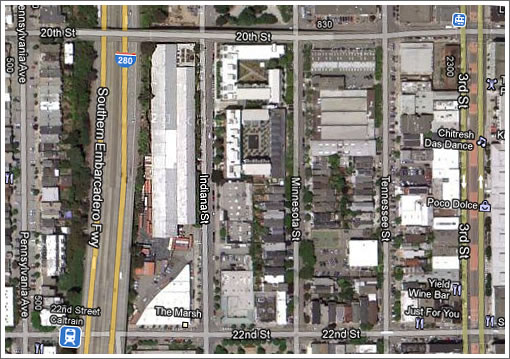