Dogpatch Apartments And Arts Plaza Up For Approval This Week 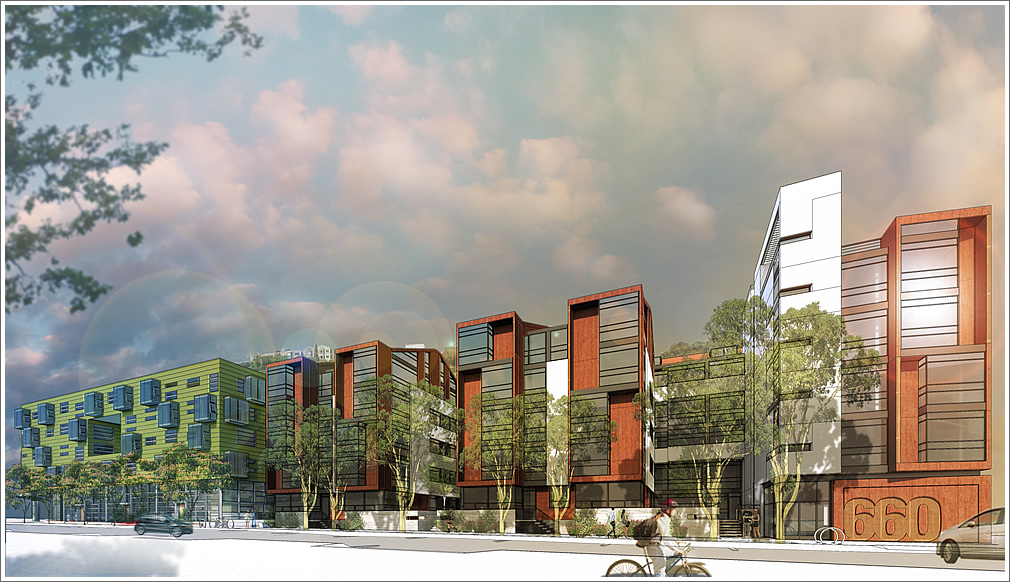 As we first reported and revealed a few weeks ago, the designs and plans for the proposed 111-unit Dogpatch development to rise along Indiana between 18th and 19th Streets (aka the 650 Indiana Street Project or Café Cocomo redevelopment) have been refined and now include a “Cocomo Mews” between the two five-story buildings with a mini bike shop in back. 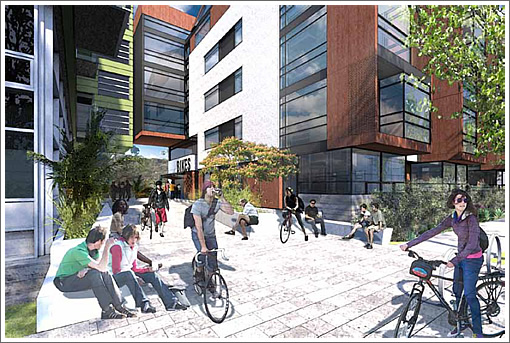 The proposed conversion of the dead end spur of 19th Street into a 8,200 square foot public space connected to a 1,700 square foot corner café has been renamed the “Dogpatch Arts Plaza”: 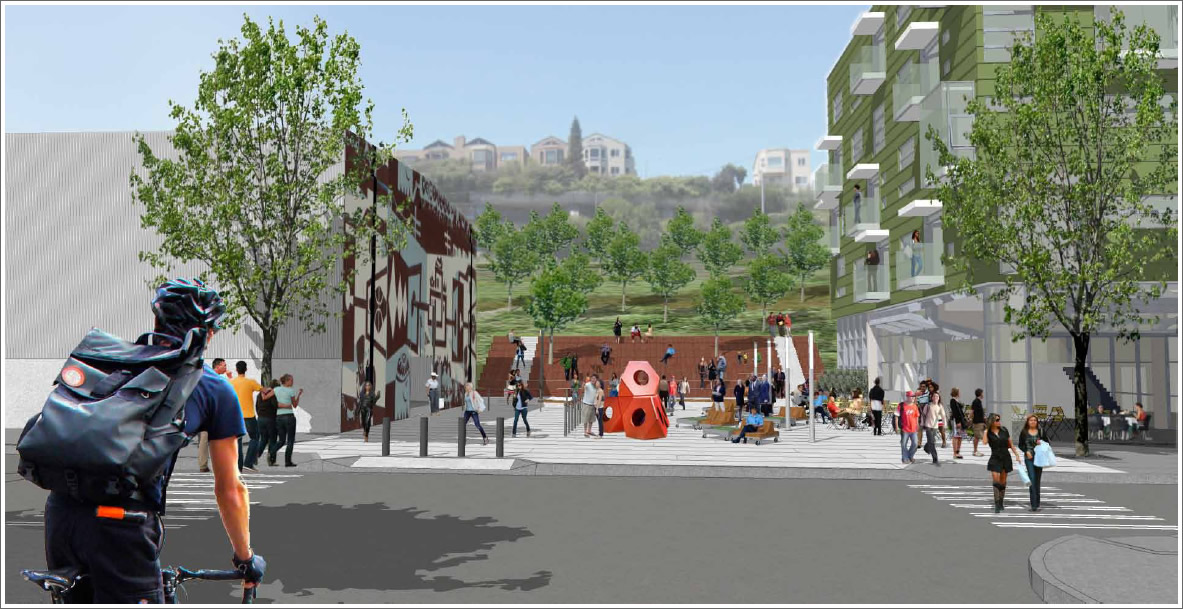 The 650 Indiana Street project, which would actually be numbered 660-680 Indiana, will cast an additional 147,734 square foot hours of annual shadow on Esprit Park across the street, an increase of 0.049 percent. In the words of San Francisco’s Planning Department:

Although the additional shadow cast by the proposed project has a numerically significant effect, the magnitude of the additional shadow is well below one tenth of one percent, and amounts to a reasonable and extremely small loss of sunlight for a park in an area…slated for increased building heights and residential density.

SF Sellers Are Moving Out, And Behind A Couple Of Buyer Myths