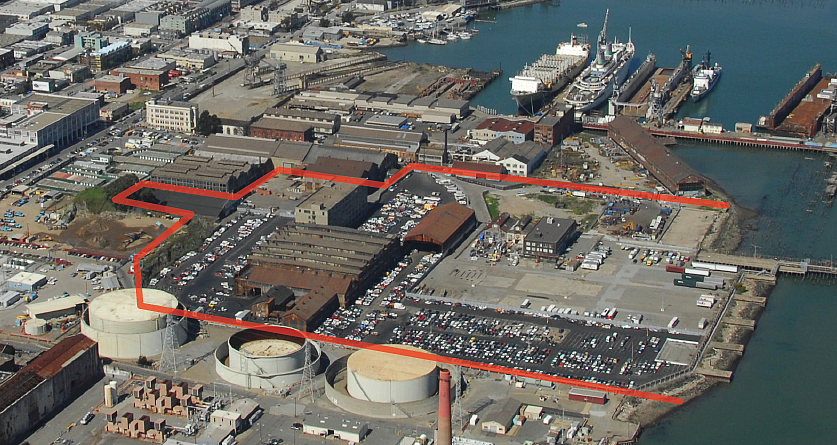 The passage of Proposition B, the Waterfront Height Limit Right to Vote Act, will require voters in San Francisco to approve the development of any building on property that’s currently under the control of the Port of San Francisco and which would exceed the height limits for which the property is currently zoned.

The two big developments now most at risk: Forest City’s redevelopment of Pier 70 and the Giants Mission Rock project which had been proposed to rise up to 380 feet in height on the Giants Parking Lot A.  Togther, the two projects include over 2,500 planned units of housing and over 4 million square feet of commercial space.

As we first reported last month, anticipating the passage of Proposition B, Forest City has already sponsored a ballot measure to increase the existing building height limits on the Port-owned property at Pier 70 from 40 feet to 90 feet.

If the Pier 70 measure should fail in November, however, the approved development of up to 1,000 new units of housing, two million square feet of commercial space, and 400,000 square feet of retail, cultural and maker uses on the Pier 70 site would have to be revisited and redesigned. The Pier 70 development is currently slated to break ground in 2016.

And prior to the passage of Proposition B, the target timing for the Giants Mission Rock development had been moved up by a year with work on the first phase – which had included a residential tower rising up to 320 feet in height – slated to commence in 2015. We now expect the timing for any redevelopment of the Giants Parking Lot A to be pushed back by at least another year and the proposed building heights and density to be scaled back.

The original plans for the Giants Mission Rock development included up to 1,500 residential units,1.6 million square feet of commercial space, and between 150,000 and 250,000 square feet of retail and entertainment uses.

Proposition B To Limit Building Heights Passes: 59% Yes / 41% No