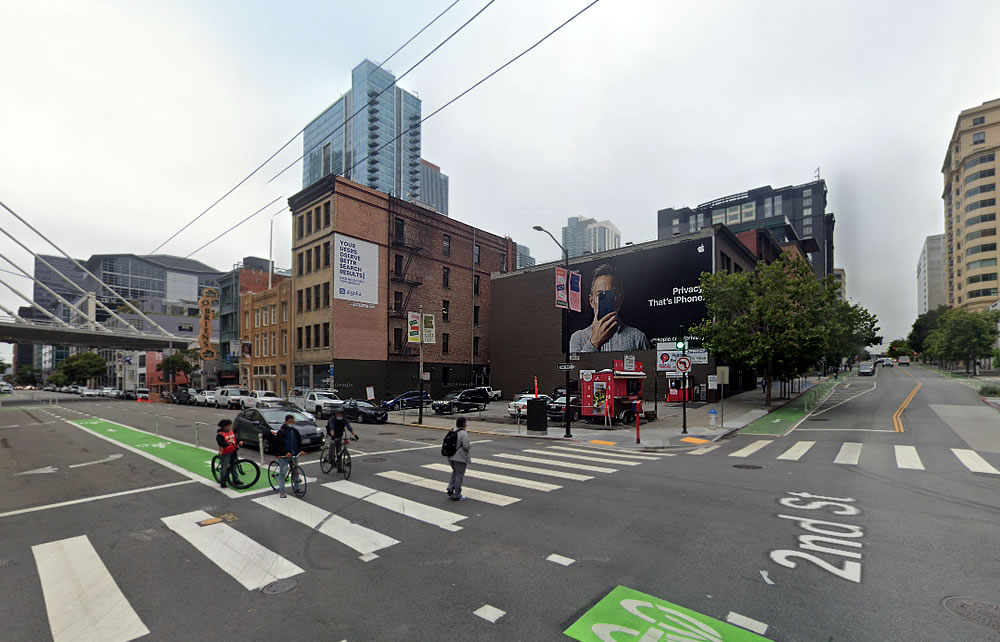 Plans for over 100 condos to rise over a newly stacked garage on the prominent parking lot parcel on the southeast corner of Second and Howard were approved back in 2006 but the development was then waylaid by the Great Recession and the 19-story tower never broke ground.

With the route for “The Portal” (a.k.a. the Downtown Rail Extension (DTX) to San Francisco’s Transbay Transit Center) having since been selected to run directly underneath the 201 2nd Street site, the corner parcel is now subject to eminent domain and will need to be fully excavated in order for The Portal tunnel to be built.

As such, a two year extension of the required Conditional Use authorization needed to continue operating the 19-space parking lot has just been requested. And according to the application, the owners of the parcel aren’t expecting The Portal to be completed “until 2031,” at the earliest and based on feedback from the City. We’ll keep you posted and plugged-in.