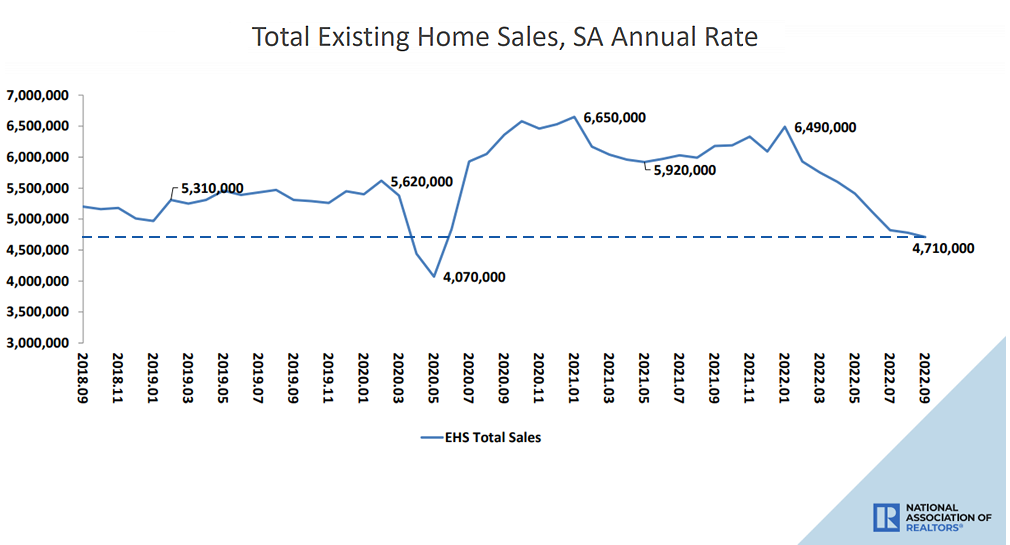 Having slipped in August, the seasonally adjusted pace of existing-home sales across the U.S. ticked down another 1.5 percent in September to an annual rate of 4.71 million sales, which was 23.8 percent lower than at the same time last year; well below the pre-pandemic pace of sales; and the fourteenth straight month with a year-over-year decline, according to data from the National Association of Realtors (NAR). 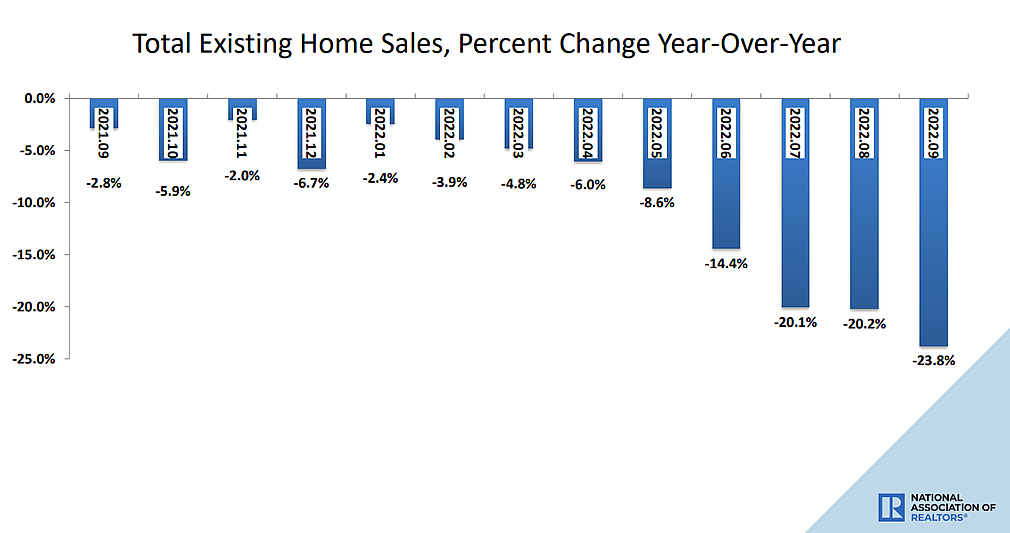 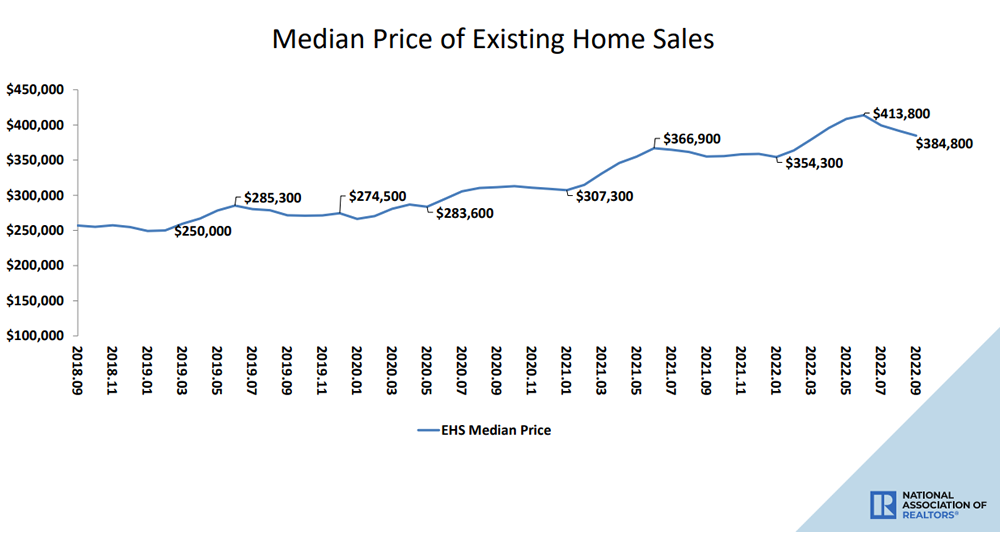 Perhaps closer to home, pending home sales were down nearly 50 percent on a year-over-year basis in San Francisco last week, having been down over 40 percent on a year-over-year basis since mid-September, despite higher inventory levels, none of which should catch any plugged-in readers by surprise.  And based on purchase mortgage activity, expect the pace of existing-home sales in U.S. to follow suit.