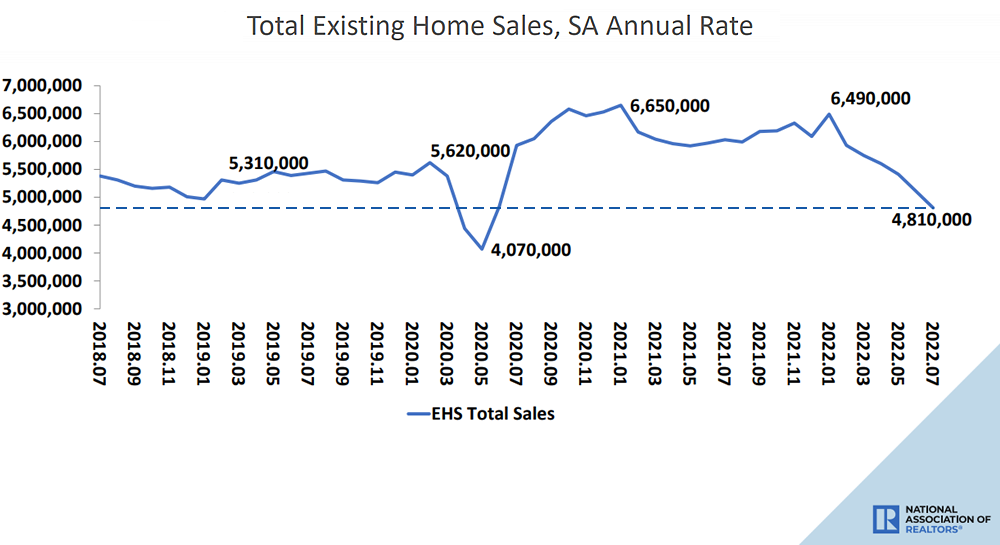 Having dropped 5.9 percent in July, the seasonally adjusted pace of existing-home sales across the U.S. slipped 0.4 percent in August to an annual rate of 4.80 million sales, which was 19.9 percent lower than at the same time last year; the thirteenth straight month with a year-over-year decline; and well below the pre-pandemic pace of sales, according to data from the National Association of Realtors (NAR). 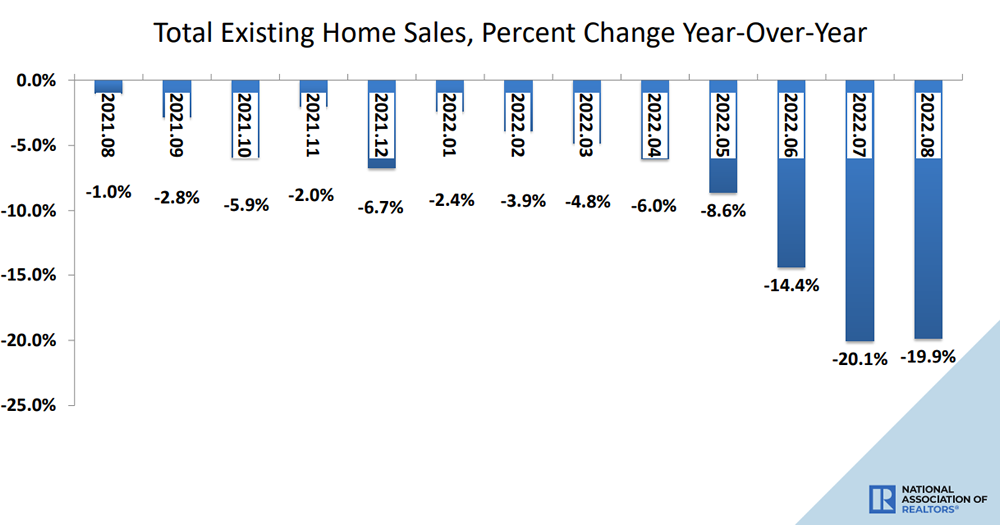 At the same time, the number of existing homes on the market at the end of last month, net of all sales, ticked down 1.5 percent to 1.28 million homes, which was effectively unchanged, year-over-year, while the inventory of unsold new homes on the market having climbed to a 14-year high.

Having peaked at $413,800 in June, the median existing-home sale price ticked down for the second month in a row, from $403,800 in July to $389,500 in August, which was still 7.7 percent higher than it was at the same time last year but with a continued deceleration and ongoing shift in the mix of the homes that have sold, “a key point that we still can’t overemphasize and none of which should catch any plugged-in readers by surprise, particularly as we outlined that there had been “a drop in the average mortgage loan size… which will result in a drop in the median sale price” back in July, an ongoing trend that is poised to become even more evident.” 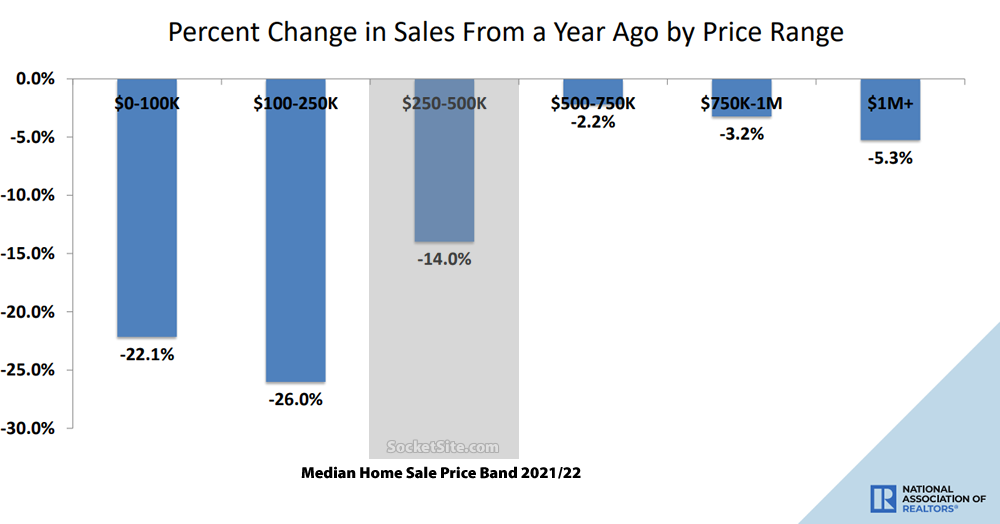 And perhaps closer to home, pending home sales in San Francisco are now down 40 percent on a year-over-year basis to a 5-year seasonal low, and that’s despite a sharp jump in inventory, as we forecasted earlier this year.